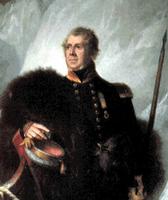 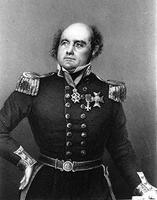 Best known for the famous search for his lost expedition, Franklin was a bold explorer who mapped more of Canada's coast than any explorer except Vancouver (courtesy Library and Archives Canada/C-1352).
PreviousNext

King William Island, Nunavut, 13 111 km2, in the Arctic Archipelago, is a lake-studded, gently rolling plain, with a maximum elevation of 137 m. Its vegetation, a polar semidesert, serves as summer range for mainland caribou. It was discovered 1830 by Sir John Ross and named after the British monarch King William IV. Remains of the ill-fated Franklin expedition have been found here.