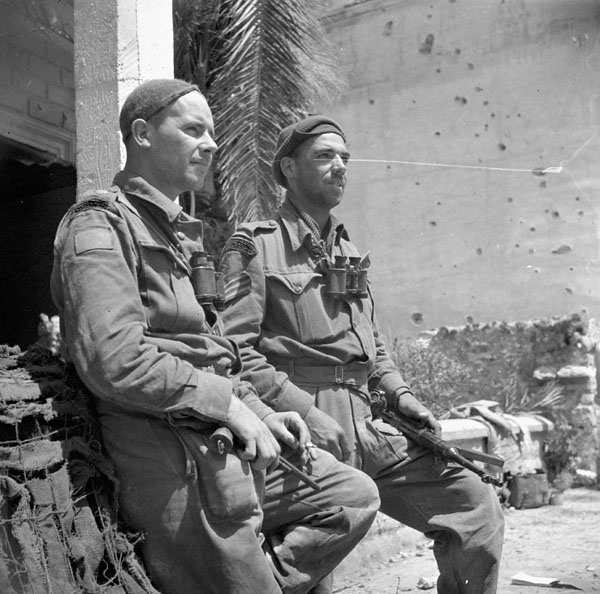 Lieutenant W. Smith, a platoon commander, and Sergeant F.G. White, a platoon sergeant, both of The Royal Canadian Regiment, resting after the capture of Pontecorvo, Italy, 24 May 1944
(photo by Lieut. C.E. Nye, courtesy Canada. Dept. of National Defence / Library and Archives Canada / PA-144722)

Although it didn't formally adopt the name Royal Canadian Regiment until 1902, the regiment has a lineage dating back to colonial times. It served in various domestic conflicts of the 19th century, including the Fenian raids of 1866, the North-West Rebellion of 1885, and as part of the Yukon Field Force.

In 1893, Queen Victoria granted the regiment the right to wear her Imperial cipher. Its initials, VRI, which are included on the RCR’s cap badge, stand for “Victoria Regina Imperiatrix,” which is Latin for "Victoria Queen Empress."

The RCR also served in Canada’s first overseas conflict, the South African War, setting out on 30 October 1899 under the command of Lieutenant Colonel William Otter. The regiment played a critical role at the Battle of Paardeberg, in February 1900, helping to defeat a large Boer army and giving the British their first important victory of that war. 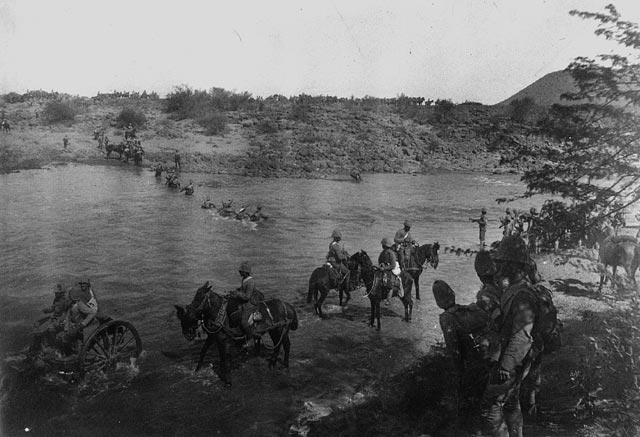 When the First World War began, the RCR was on garrison duty in Bermuda, and didn’t arrive in France until November 1915. For the entire war, the RCR fought as part of the 7th Canadian Infantry Brigade, 3rd Canadian Division in France and Flanders. The unit served in the battles of Mount Sorrel, the Somme, Arras, Vimy Ridge, and Passchendaele, as well as in the Hundred Days campaign of 1918.

Among the unit's most distinguished soldiers was New Brunswicker Lieutenant Milton Gregg (1892–1978), future Member of Parliament and cabinet minister. Gregg joined the RCR and earned the Military Cross in 1917, with a bar awarded in 1918. During the Battle of Canal du Nord (part of the Hundred Days offensive in 1918), Gregg earned the Victoria Cross for bravery after leading an assault on German trenches in which he — despite being twice wounded — personally killed or wounded 11 enemy soldiers, and his unit captured dozens of prisoners and 12 machine guns.

At the end of the Great War, the RCR remained part of the permanent army in Canada, and provided instructors to militia units in Ontario, Quebec, and Nova Scotia. 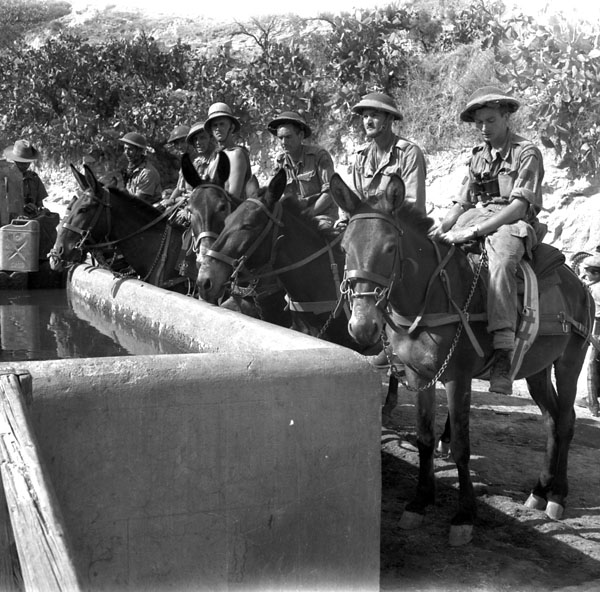 At the outbreak of the Second World War, the RCR was deployed as part of the 1st Canadian Division in England. It trained for nearly four years before seeing action as part of the invasion of Sicily (Operation Husky), and the amphibious action at Reggio di Calabria on the Italian mainland. The RCR participated in the Italian campaign, including key battles around the Moro River valley near Ortona in December 1943, and the battles on the Hitler and Gothic lines in 1944.

In February 1945, the regiment was dispatched to join the First Canadian Army in Northwest Europe as part of Operation Goldflake, and served in the Netherlands, participating in the liberation of the city of Apeldoorn. With more than two dozen battle honours earned during the war, the RCR returned to Canada in 1945.

During the Korean War (1950–53), the RCR participated in the United Nations-led campaign against Chinese and North Korean forces. The regiment served as part of the stabilization effort at the 38th parallel, and fought in the battles of Chail-li, Kowang San (Hill 355), and Jamestown Line (Hill 187). 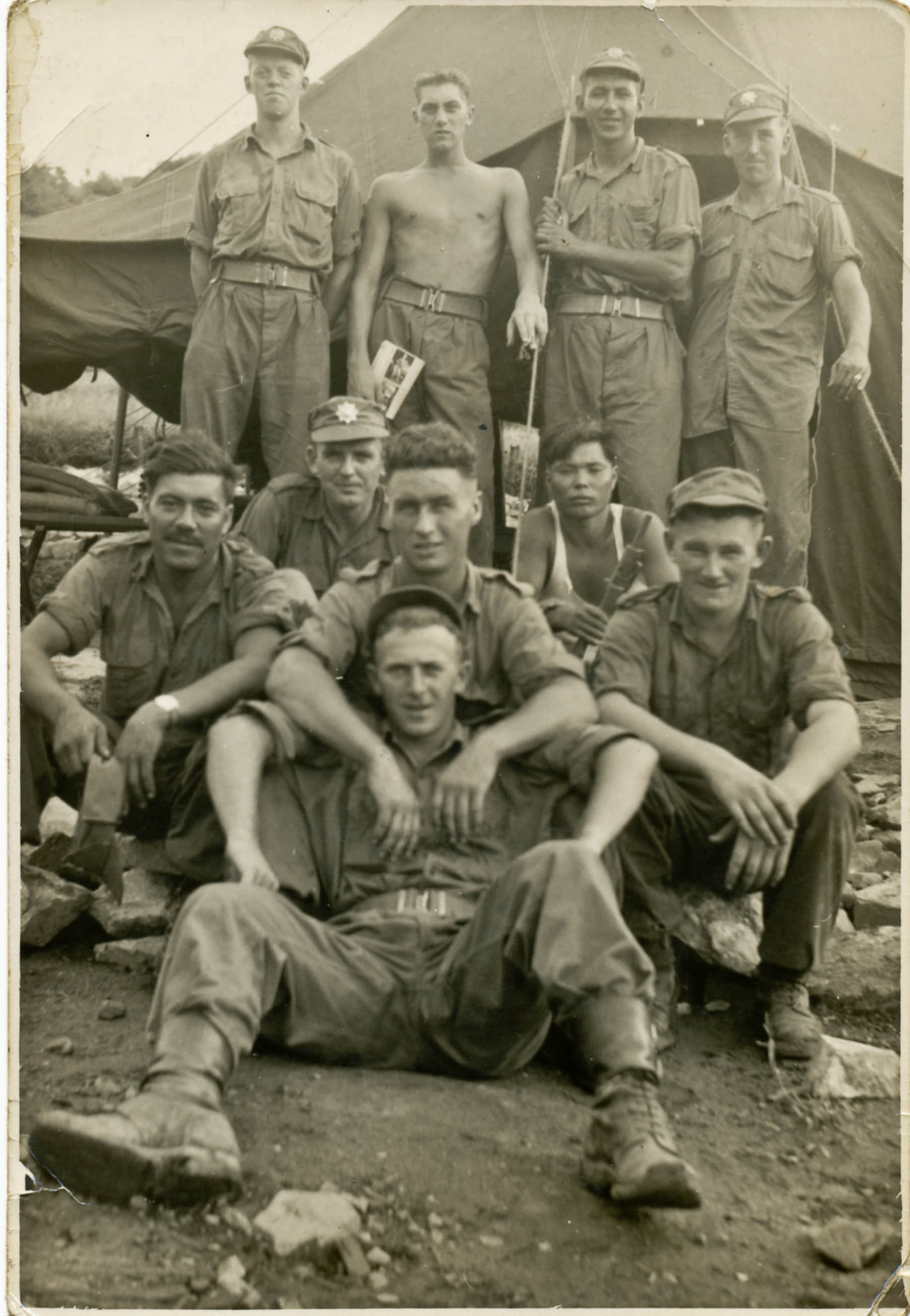 On the 3rd of May, we were run over by battalions of Chinese and on that night we lost 26 killed. I think there was 40 people wounded and there was 7 or 8 taken prisoner. Now that all happened on one night and that was the scariest night of my life. That was the famous Battle of 187.
(Edison Joseph MacDonald served with the Royal Canadian Regiment in Korea. Listen to his story at The Memory Project.)


Through most of the Cold War, the RCR rotated troops into West Germany as part of Canada's contribution to NATO forces stationed in Europe. 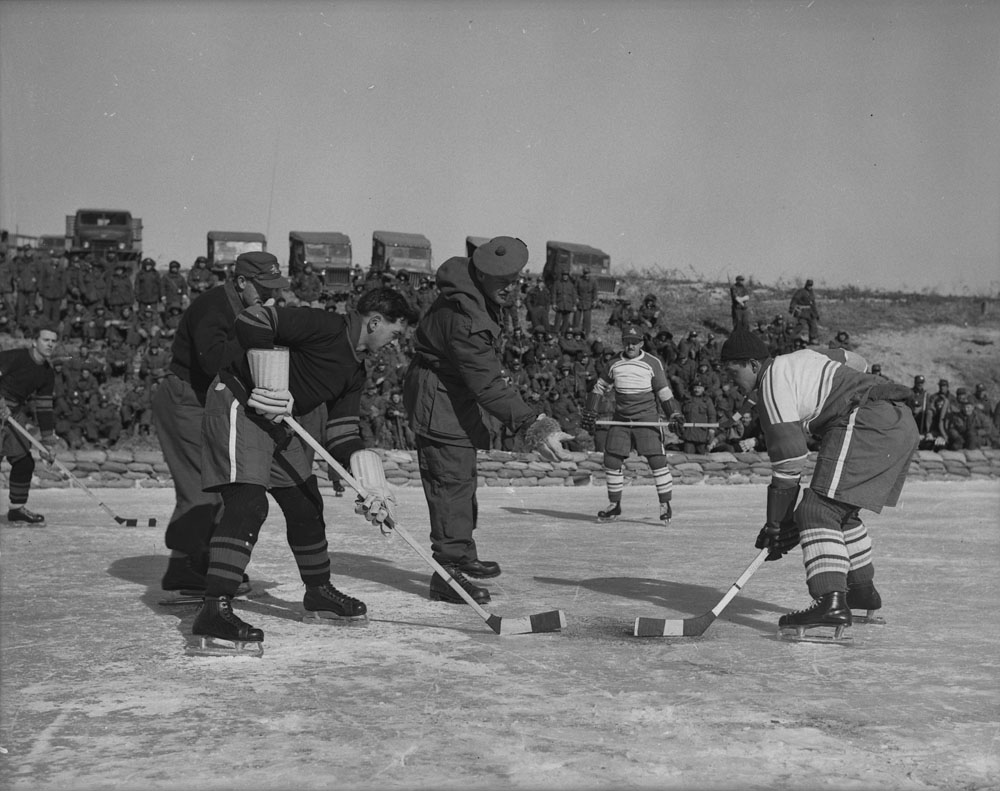 Between 1966–93, the RCR served as part of Canada’s contribution to UN Peacekeeping in Cyprus (UNFICYP).

With the end of the Cold War, the RCR’s peacekeeping efforts shifted to Yugoslavia. Initial units were attached to the Royal 22e Régiment, where they helped secure Sarajevo airport during the Bosnian War. The entire RCR battle group was then united to serve under the command of Major General Lewis MacKenzie in the UN Protection Force (UNPROFOR) in Sarajevo, and later with NATO’s Stabilization Force (SFOR) in the Balkans.

Units of the RCR took part in the Persian Gulf War of 1990–91, protecting an airfield and a Canadian field hospital in the region. In May 2003, following the 2001 terrorist attacks on the United States, 2001 the RCR joined the NATO-led International Security Assistance Force (ISAF) in Kabul, Afghanistan.

The RCR was among the most active Canadian units in Afghanistan, conducting counter-insurgency and combat operations in the southern province of Kandahar starting in 2006, and later in training missions with Afghan security forces in Kabul, until 2012. 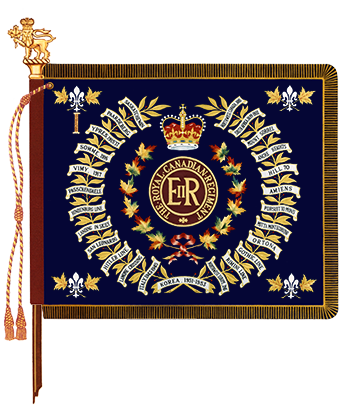 The regimental Colour of the RCR includes the regiment’s battle honours.
(courtesy Department of National Defence)

The badge of the RCR is an eight-pointed diamond-cut star, in the middle of which is a raised circle surmounted by the Crown and inside the circle the letters “VRI,” the Imperial Cypher of Queen Victoria.
(courtesy Department of National Defence)

Badge: An eight-pointed diamond-cut star, in the middle of which is a raised circle surmounted by the Crown and inside the circle the letters “VRI,” the Imperial Cypher of Queen Victoria.

Motto: Pro Patria (“For My Country”)