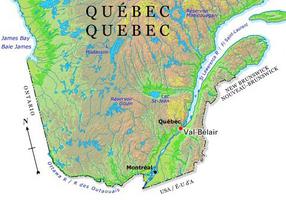 The name Bélair stems back to the original seigneury granted to Guillaume Bonhomme in 1682 by Governor Joseph-Antoine Le Febvre de LA BARRE and Intendant Jacques de MEULLES. In a 1733 census the seigneury was designated as "the fief commonly referred to as Bélair or Bonhomme."