By 1938, the Depression had been dragging on for nine years. Throughout the Dirty Thirties, Vancouver had been the scene of protests against government inaction. One of the leading organizers was Steve Brodie, a veteran of the On-to-Ottawa Trek and the Regina Riot. He explained that the unemployed massed in the city because Vancouver was “the only place in Canada where you could starve to death before you froze to death." He vowed to continue the pressure on the provincial and federal governments to create effective job programs. 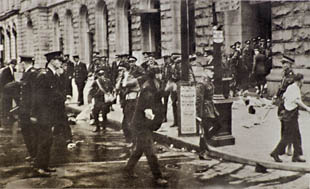 On May 20, 1938 Brody organized 1200 men to occupy the Art Gallery, the Georgia Hotel and the Post Office. The Georgia quickly paid the occupiers at the hotel to leave, and they joined the ranks at the Art Gallery. The 800 men at the Post Office asked to be arrested, but the police refused. The “sitdowners” settled in for a quiet occupation, lasting 30 days. They didn’t interrupt any postal work. They even held a sports day and published a newspaper. They were supported by “tincanners” who collected donations (until they were arrested for it).

Then, at 5 a.m. on June 19, the city police and RCMP entered the building and drove the men out with tear gas and billy clubs, even though the protestors had submitted to arrest. 100 men were injured and 23 were hospitalized, but Steve Brodie was particularly targeted. Five policemen were beating him with billy clubs until a newspaper reporter caught the action on camera. The police refused to call an ambulance for the unconscious Brodie, but friends transported him to St. Paul’s hospital, where he regained consciousness 24 hours later. 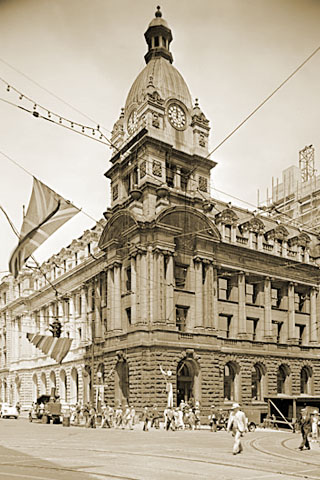 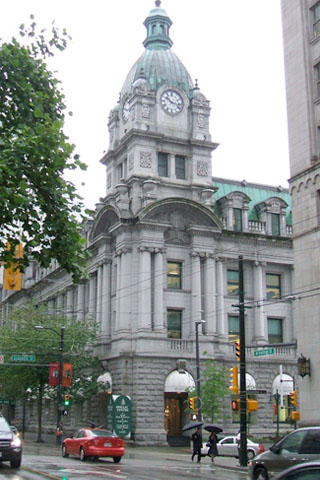 Things were a little more peaceful at the Art Gallery, where the men were allowed to leave after the building was tear gassed.

Steve Brodie lived until 1996, an outspoken and wry critic of capitalism and lazy government to the end.