The Journey of Nishiyuu grew out of Idle No More, a movement that began in November 2012 in opposition to Bill C-45. This federal budget bill included changes to land management on reserves that diminished the authority of First Nations, and made it easier for the government and businesses to introduce projects without strict environmental assessment. Seeking to bring attention to these issues, as well as to some of the socio- economic challenges faced by Indigenous peoples — including poverty, marginalization, lack of clean drinking water and inadequate housing — David Kawapit Jr., a 17-year-old Cree youth, organized a trek to Parliament Hill in protest.

His idea for the journey came from a vision inspired by Attawapiskat First Nation chief, Theresa Spence. In his vision, Kawapit saw a bear, which he claimed symbolized the federal government, and a wolf, which represented the First Nations. Kawapit described the meaning of his vision: “A wolf alone can be easily killed by [a bear], but with its brothers and sisters everywhere, it can call upon them and it can take down the bear with ease […] We all need to stand together.” The call for unity among Indigenous peoples was central to Kawapit’s mission.

Another key element of the journey to Ottawa was to share this message of unity with Indigenous youth — to encourage them to meet and share stories with other young Indigenous peoples, and to inspire them to take charge of their lives and make changes in their communities.

On 16 January 2013, Kawapit, along with five Cree youth and one adult guide from Whapmagoostui First Nation on Hudson Bay left their community on a trek to Parliament Hill to protest the violation of Indigenous treaty  rights. (See also First Nations in Quebec.) Known as the “Original Seven,” these protestors walked and snowshoed 1,600 km from their home to Ottawa: David Kawapit Jr., 17; Stanley George, Jr., 17; Travis George, 17; Johnny Abraham, 19; Raymond Kawapit, 20; Geordie Rupert, 21; and their guide, Isaac Kawapit, 49.

The youth walked along the traditional trade routes of the Algonquin, Mohawk and  Cree, serving to promote the importance of solidarity and unity within and among Indigenous communities. In following the paths of their ancestors, the Nishiyuu Walkers also made a significant connection to their culture and heritage. Indigenous history tells tales of those who walked great distances to bring about change, strengthen family bonds, engage in diplomacy and form cross-cultural links. According to Chief Stanley Jason George of the Whapmagoostui Cree First Nation, by participating in the trek, the youth walkers reclaimed and reinforced traditional rights and their heritage: “By showing [the ancestors] that we honour what they have done, what they have carried, […] the sacred ways, the sacred teachings will survive.”

Along their way to Ottawa, the Nishiyuu Walkers gained support from other Indigenous leaders, including Chief Theresa Spence, who praised their efforts. The group also received support from many Indigenous communities, including the Algonquin, Ojibwe, Inuit and  Haudenosaunee, among others. As the group travelled through Quebec and the communities of Chisasibi, Wemindji, Eastmain, Waskaganish and Kitigan Zibi, they gained followers. On 3 February 2013, Jordan Masty, 20, joined the original seven walkers on the trek in Wemindji, Quebec. Masty was a consistent carrier of the unity stick, which became a symbol of the journey. More than 200 other walkers also joined the group over the course of the 68-day trek. The group endured treacherous terrain and temperatures dropping as low as -50°C. They often spent the nights on their journey camping outside, with locals or in hotels. Towards the end of their trek, 22 of the walkers were treated for foot injuries, three of which were hospitalized in Maniwaki, Quebec, for more treatment.

Before arriving on Parliament Hill on 25 March 2013, the group stopped on Victoria Island, situated in the Ottawa River at the border between Ontario and Quebec. This was where Chief Spence staged the six-week hunger strike that had inspired Kawapit’s vision. There, the walkers were greeted with a welcome ceremony and a crowd of approximately 4,000 to 5,000 people. The group then completed the last leg of the journey to Parliament Hill.

The Nishiyuu Walkers garnered media attention from national radio, TV and newspaper corporations, as well as community media outlets. They also received the attention of political leaders. Green Party leader Elizabeth May led a standing ovation for the walkers in the House of Commons. During question period in the House of Commons on 25 March 2013, Member of Parliament Romeo Saganash and NDP leader Thomas Mulcair made reference to the Nishiyuu Walkers, and raised questions about Indigenous issues. The youth group also met with Liberal leader Justin Trudeau. Indigenous leaders, including National Chief of the Assembly of First Nations Shawn Atleo and Chief Spence, also spoke about the importance of the trek at the demonstration that took place the day the group arrived in Ottawa.

Ideally, the Nishiyuu Walkers wished to meet with Prime Minister Stephen Harper, but were declined; he was out of town at the time, attending a celebration at the Toronto Zoo. Instead, the federal minister responsible for Indigenous affairs, Bernard Valcourt, agreed to meet with some representatives of the original walkers later that day. Valcourt expressed his desire to engage youth in issues facing communities across Canada, and accepted an invitation to visit the Whapmagoostui First Nation that summer.

The Nishiyuu Walkers stayed in Ottawa until 28 March 2013, attending a youth forum and other events that promoted their message of unity and pride. Upon their arrival back in Whapmagoostui, their community honoured them with a celebration feast. Many felt as though the Cree youth successfully drew attention to the socio- economic conditions and treaty rights of their people.

While the Nishiyuu Walkers made national news, they still faced many of the same issues on their return home that they sought to ameliorate as a result of their protest. As Kawapit and Indigenous leaders explained, it would take time for change to take effect. The group also grieved the passing of one of the original seven walkers, Isaac Kawapit — David Kawapit Jr.’s uncle and the Nishiyuu Walkers’ guide. Isaac died in July 2013 of substance abuse.

Despite this devastating loss, the trek had many positive impacts on the community and the walkers themselves, functioning as a healing journey for most of those involved. According to David Kawapit, the trek helped some youth deal with personal struggles, including depression and suicidal thoughts — issues commonly affecting youth in Indigenous communities. Kawapit himself found the trek to be an effective method of dealing with his depression. Several participants also vowed to stop abusing drugs and alcohol, and to lead more active lives, according to Kawapit.

Kawapit has since become a role model among Indigenous youth; he travels to surrounding communities to share his experience with others, and offers advice to youth who struggle with depression and require counselling. In support of David and the Nishiyuu Walkers, Matthew Mukash, David’s great uncle and a former Grand Council Chief, began working on ways to build the Nishiyuu way of life into the Cree Board of Health and Social Services of James Bay. Filmmaker Alanis Obomsawin also paid tribute to the Nishiyuu Walkers in her 2014 National Film Board documentary, Trick or Treaty?

Following the group’s arrival in Ottawa on 25 March, Kawapit declared, “The youth have a voice. It’s time for them to be shown the way to lead. Let them lead the way.” This example served as a source of inspiration for other Indigenous youth groups to confront issues that affect their traditional rights and communities. Most notably, in 2014, approximately 20 Cree youth from Mistissini, Quebec, walked nearly 850 km to Quebec City to protest uranium exploration.

The Indigenous youth who took part in the Journey of Nishiyuu raised awareness about Idle No More, treaty  rights and socio-economic issues affecting Indigenous communities across Canada. Moreover, by walking together in protest, the youth made a special connection to their ancestors, their communities and other youths. The Nishiyuu Walkers demonstrated the strength and vigour of Indigenous youth, who organized the trek, travelled 1,600 km to Ottawa and met with federal policy makers in the hopes of creating a promising future for their people. 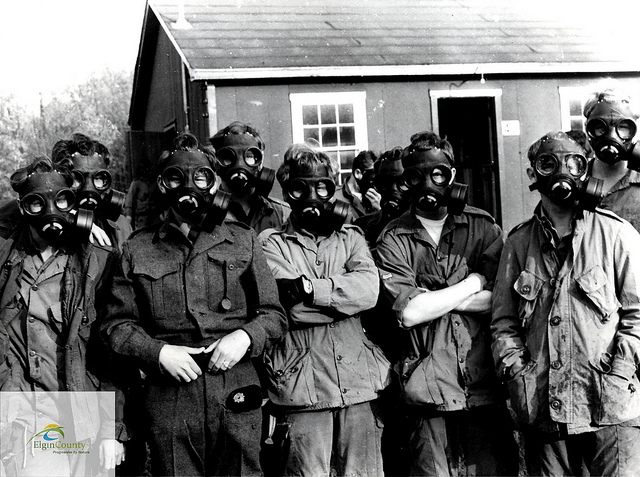 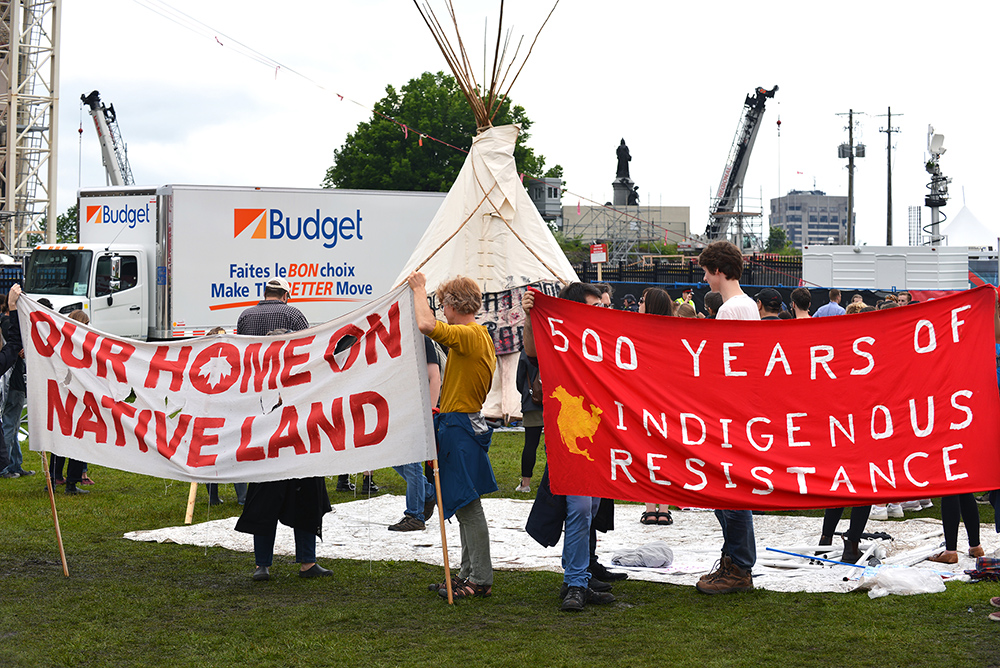