Prince Edward Island is Canada's smallest province, making up just 0.1 per cent of Canada’s total land area. It is situated in the Gulf of St Lawrence and separated from Nova Scotia and New Brunswick by the Northumberland Strait. 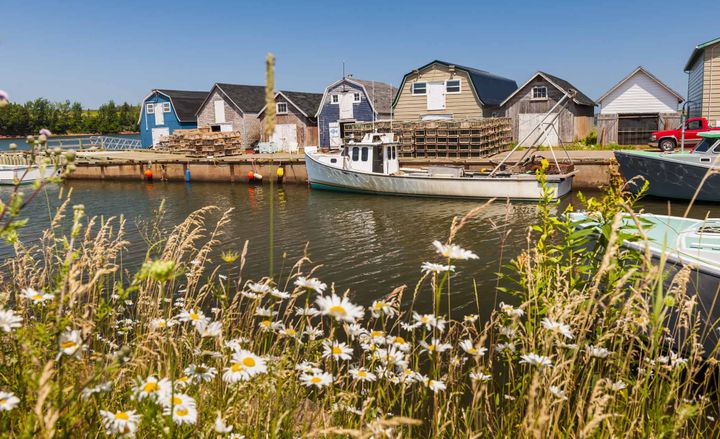 The Treaty of Aix-la-Chapelle ended the War of the Austrian Succession. PEI, Cape Breton Island and Louisbourg were returned to France.

Brigadier-General Andrew Rollo, the 5th Lord Rollo, captured Île Saint-Jean (now Prince Edward Island) from the French at the height of the Seven Years'' War. Roughly 3,500 Acadians were swiftly repatriated to France whilst Rollo constructed Fort Amherst in honour of, and on orders from, General Jeffrey Amherst. 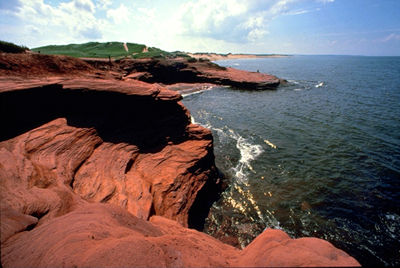 A separate government was established for St John Island, which was not named Prince Edward Island until 1799.

Saint John Island (PEI) was reunited with Nova Scotia, though it retained a separate local government.

The name of Island of Saint John was formally changed to Prince Edward Island.

Businessman and politician George Coles was born in Prince Edward Island. Coles was a prominent PEI businessman who specialized in many sectors, including brewing and distilling. A Father of Confederation, Coles supported union initially, but changed his mind because he believed that the terms of union extended to PEI did not address its needs.

John Hamilton Gray was born in Charlottetown, PEI. Gray supported Confederation as premier of Prince Edward Island and host of the Charlottetown Conference in 1864. The majority of Islanders were against union, and this lack of public support (and his wife’s ill health) led to Gray’s resignation from office in 1864.

Sergeant Joseph McKitrick of Prince Edward Island was killed in action with the Glengarry Light Infantry at Fort Erie, Upper Canada. He is believed to be the only Islander killed in the war.

The Prince Edward Island Legislature excluded women from the franchise. For a time, there were regions in British North America where some women could vote; however, just as in Prince Edward Island, statutes were passed to disqualify women in places such as the Province of Canada and Nova Scotia.

First Edition of The Islander

The first edition of the PEI newspaper The Islander was published. 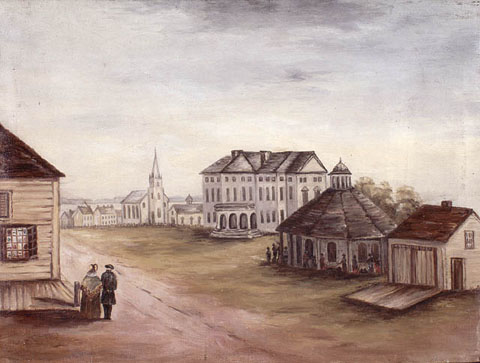 Charlottetown, PEI, was incorporated as a city.

The Tenant League, a militant agrarian movement, was formed in Charlottetown, PEI. It advocated the sale of lands by estate owners to the farmers in actual occupation.

The Charlottetown Conference was held in Charlottetown, PEI. At the conference Maritime union was virtually dropped, and the delegates agreed to meet a new conference in Québec to discuss a Canadian scheme for a union of all the colonies.

Journalist and politician Edward Whelan died in Charlottetown, PEI. Whelan was a reformer, using his newspaper as a platform for his views on property issues and unification. A Father of Confederation, Whelan served as an Island delegate to the Québec Conference. He was Prince Edward Island’s only pro-Confederation Liberal. 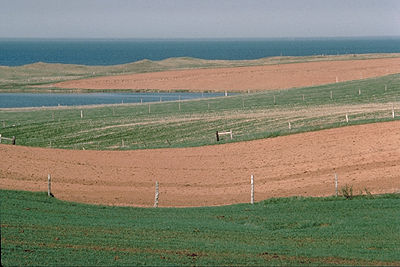 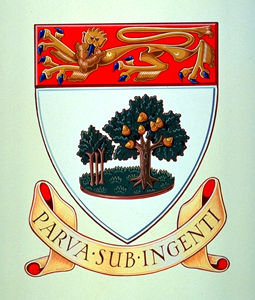 Politician George Coles died in Charlottetown, PEI. Known as a feisty character, Coles is said to have dueled with fellow Father of Confederation Edward Palmer, and was convicted of assault. While in the provincial government, he spent a month in custody, refusing to withdraw a statement made in the Assembly.

William Henry Pope, a Father of Confederation, died in St. Eleanors, PE. A lawyer and land agent, Pope articled with Father of Confederation Edward Palmer. Pope advocated for union in and out of public office. His push for a railroad inadvertently led to Prince Edward Island’s joining Canada over bankruptcy woes.

Communication and Transportation  Sports and Culture

The Marco Polo Runs Aground

The famously fast clipper Marco Polo, which had been launched 32 years earlier from Saint John, NB, ran aground on the coast of Prince Edward Island. Local residents rescued the crew. Among the spectators was a young Lucy Maud Montgomery, who would publish her first newspaper article, “The Wreck of the Marco Polo,” eight years later.

Edward Palmer, a Father of Confederation, died in Charlottetown, PE. Palmer made a name for himself in Island politics as a Conservative, disapproving of reform attempts in government and land holding. He was strongly anti-Confederation. Palmer accepted Confederation in 1873 as Prince Edward Island faced imminent financial collapse over railway construction debts.

Andrew Archibald Macdonald, a Father of Confederation, died in Ottawa. Macdonald followed his father and uncle into politics, where he was often embroiled in such controversial issues as land reform, separate schools and railway construction. Though not wholly supportive, Macdonald moved to accept the terms of Confederation in 1873. He was appointed lieutenant-governor of Prince Edward Island in 1884 and Senator in 1891.

Prince Edward Island finally decided to allow cars onto all the province’s roads after dismissing them as a “fad” and restricting them for several years. 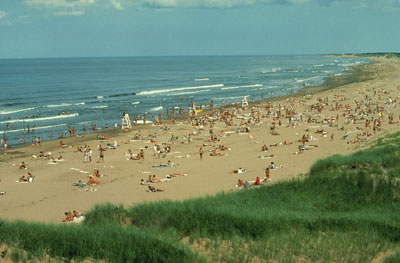 Prince Edward Island National Park was established. A narrow strip of coastline stretching over 40 km along the north shore of PEI, the park is a fragile seascape of red sandstone cliffs and sweeping beaches, backed by shifting sand dunes held together by the roots of slender grasses.

The second conference of provincial premiers was held at Charlottetown, PEI.

Status Indians in Prince Edward Island were granted the right to vote in provincial elections.

Joe Ghiz was sworn in as premier of Prince Edward Island. 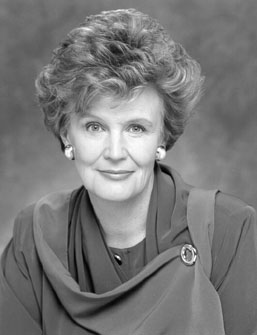 Catherine Callbeck was the first woman to be elected premier when she won the election in Prince Edward Island.

Catherine Callbeck, the first woman elected head of a provincial government, resigned as premier of PEI.

Keith Milligan, a former silver fox fur farmer, was sworn in as premier of PEI following the resignation of Catherine Callbeck. He had been chosen leader on 5 October.