Innisfil is a poetic name for Ireland. The area, formerly used by the Huron-Wendat, was surveyed in 1820. The first settlers arrived through the Holland River and Lake Simcoe to the farm in the Big Bay Point area.

Innisfil township grew slowly in the 1830s and 1840s. When the railway lines were built in the area in the 1850s, the township experienced a spurt of growth (see Railway History). Several lumber mills and ports developed on Lake Simcoe, but the area remained primarily agricultural until cottages and other recreational uses of Lake Simcoe encouraged tourism.

In 1991, the town of Innisfil was formed when the township of Innisfil amalgamated with the village of Cookstown and parts of the townships of West Gwillimbury and Tecumseh. Today, Innisfil is a mix of residential, rural, retirement and summer residents. Highway 400, the main route between Barrie and Toronto, passes through the town. Besides the recreational use of Lake Simcoe, other tourist attractions include the village of Cookstown, with its historic buildings, and several provincial parks and wildlife areas.

In 2017, Innisfil Transit launched an on-demand and subsidized public transportation system by partnering with Uber, a rideshare service (see Transportation; Bus Transportation). The partnership was initiated by Innisfil to address public transportation needs for the town’s growing population and to explore an alternative to regular bus service. Between May 2017 and February 2020, approximately 80,000 users took over 220,000 transit trips. The project has been criticized for its expense compared to other forms of public transportation and environmental impact. (See also Climate Change; Pollution.) 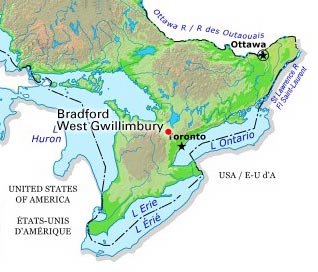 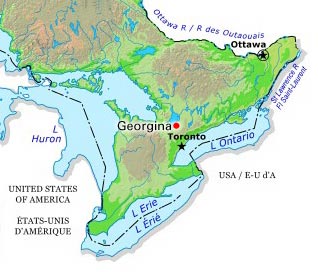