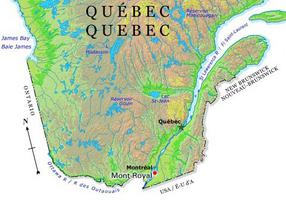 Mount Royal was part of a seigneury granted to the SULPICIAN order in the early 18th century. Separated from the growing city of Montréal by the mountain, the area remained primarily an agricultural community until the early 20th century. In 1910 the CANADIAN NORTHERN RAILWAY first proposed constructing a 5-km-long tunnel under Mount Royal. The company developed the town as a "Model City" designed by the noted landscape architect Fredrick TODD. The original plan was patterned after Washington, DC, and featured 2 major diagonal thoroughfares that converged on a central square.

Initially, the town developed slowly and it was not until after World War II and the rapid growth of the Montréal Urban Community that the town underwent significant expansion. Despite this growth, Mount Royal retained the main elements of Todd's visionary plan, and it remains one of the best examples of a planned urban community in Canada. Because Mount Royal is completely surrounded by other communities and its expansion is limited, its population has remained more or less constant since the 1970s.