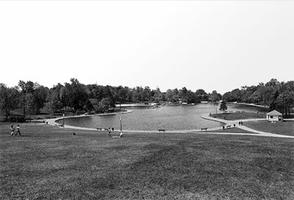 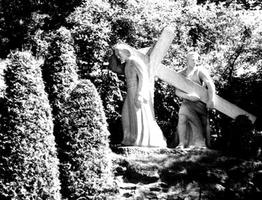 Frederick Gage Todd, landscape architect (b at Concord, New Hampshire 11 March 1876; d at Montréal 15 Feb 1948). Todd was educated at Andover High School, Mass., and then at the Agricultural College in Amherst, Mass. In 1896 and for four years thereafter he served as an apprentice to the firm of Olmsted, Olmsted, and Eliot in Brookline, Mass., the most renowned office practising LANDSCAPE ARCHITECTURE at that time. In 1900 Todd moved to Montréal where, a year later, he married Beatrice Evelyn Pinkerton of that city. The family, including two children, Evelyn M. Todd and Frederick G. Todd Jr., lived in various parts of the City of Montréal until Todd's death in 1948.

For nearly half a century Frederick G. Todd planned, designed and carried out "public and private works of beautification and utility with nature herself as partner." He was the first truly resident landscape architect in Canada and for most of his professional life was one of only a small number of landscape architects and town planners committed to the art and practice of structuring urban growth in the first half of this century throughout Canada. His projects ranged from Vancouver (Shaughnessy Heights, 1907) to St John's, Newfoundland (Bowring Park, 1913), from the smallest scale details of garden design to a study of the urban region of the nation's capital (Ottawa Improvement Commission Report, 1903). A published author, Todd was a passionate advocate of the wise use of the natural resource base. He devoted much time and energy to a variety of civic institutions and was a Fellow of three professional organizations: the American Society of Landscape Architects, the Canadian Society of Landscape Architects and the Town Planning Institute of Canada. Towards the latter part of his career he served as a councillor on the Montréal Municipal Council.

Frederick Todd's clients included individuals and groups from the private and public sectors. Prominent industrialists who retained his services included R. B. ANGUS, director of the CANADIAN PACIFIC RAILWAY; Sir Frederic NICHOLLS, General Manager of Canada Foundry Co.; James Ross, President of Dominion Coal; Senator Louis-Joseph FORGET; and E. S. Clouston, General Manager of the BANK OF MONTREAL. Among his public clients were the cities of Vancouver, Winnipeg, Port Arthur, Cambridge, Galt, Stratford, Grandby, Valleyfield, Sherbrooke, Québec City and St. John's as well as the provinces of British Columbia, Saskatchewan, Newfoundland, Québec and Ontario and the then Dominion Government of Canada. In addition, Todd worked with a variety of citizens' groups in his capacity as a director of the Parks and Playgrounds Association and the Community Garden League of Montréal; with the clergy and politicians; with artists, scientists and associated professionals. Yet he was a modest man whose work and ideals are little known in Canada even though innumerable Canadians have lived in communities that he planned and designed or have strolled through urban parks that owe much of their beauty and utility to him.

Frederick Todd's influence on his home city of Montréal was profound. His landscape designs include the restoration of Mount Royal Mountain and St. Helen's Island Parks, numerous smaller city parks, Memorial Cemetery and The Garden of the Way of the Cross (associated with St. Joseph's Oratory), a number of private gardens throughout the island to say nothing of his on-going involvement with the Jardin botanique de Montréal/Montreal Botanic Garden, directed by Marie Victorine, and his role on numerous committees such as the Montréal Civic Improvement Committee, created to improve civic life in Montréal. Much of Todd's work for private estates in Montreal has disappeared although the Montreal Memorial Park Cemetery and the Garden of the Way of the Cross, adjacent to St. Joseph's Oratory, still provide an insight into his skill as a landscape architect.