Convicted murderer Allan Joseph Legere escaped custody in 1989, and for 201 days terrorized the residents of the Miramichi region of New Brunswick, brutally killing another four people. Known as the “Monster of the Miramichi,” Legere became the object of one of the most intense manhunts in modern Canadian police history. This article contains sensitive material that may not be suitable for all audiences. 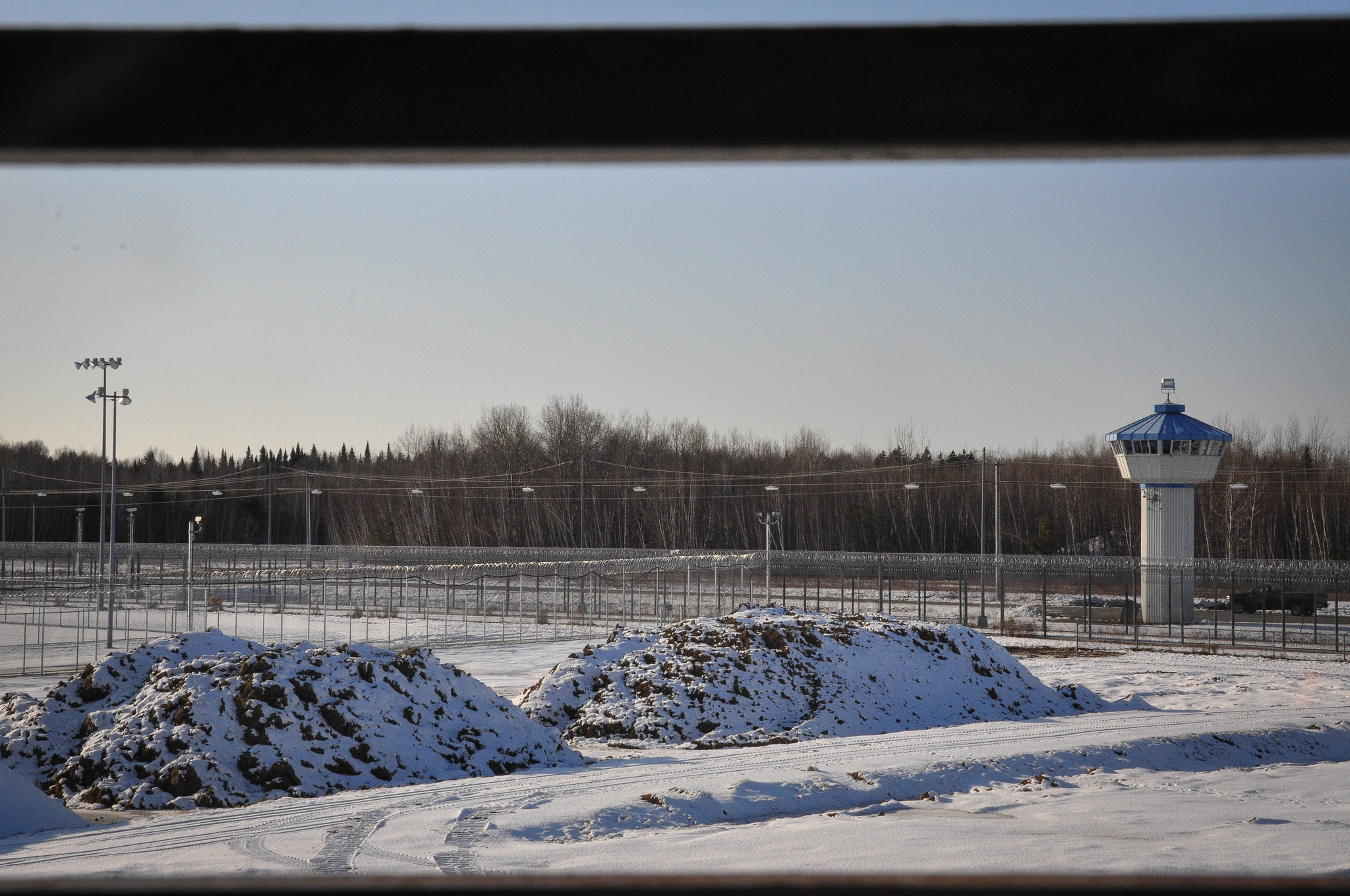 In 1987, 38-year-old Allan Legere, a mechanic and petty criminal, was convicted for his role in the 1986 murder of John Glendenning, an elderly storekeeper of Black River Bridge, New Brunswick. Glendenning’s wife, Mary, was also beaten and sexually assaulted.

Legere was sentenced to life imprisonment in the Atlantic Institution, a maximum-security penitentiary in Renous, NB. Prison administrators were not informed that during his trial for the Glendenning murder, Legere had successfully picked open his handcuffs in a failed escape attempt.

Legere was kept in a segregation unit in Renous. He established an amicable relationship with the staff. Warden Don Wheaton later said Legere had a “Jekyll-and-Hyde personality” that he kept hidden while in prison.

On 3 May 1989, unarmed guards escorted Legere to the Dr. Georges L. Dumont Hospital in Moncton for treatment for an ear infection. Legere said he had to use the toilet and was allowed to go into the lavatory unsupervised. He picked the locks on his handcuffs and leg shackles and emerged with a homemade knife that he had concealed on his person. Legere ran out to the parking lot, where he abducted Peggy Olive at knifepoint and fled in her car. Olive was later released unharmed. Legere’s escape was followed by a rash of assaults, robberies and auto thefts for which he was considered a suspect.

On the night of 28 May, emergency response teams in Chatham, NB — a town on the Miramichi River — were dispatched to the home of Annie Flam, age 75, and her sister-in-law, Nina Flam, age 61, owners of a small neighbourhood grocery store. The upper part of their house was in flames. Firefighters found Nina Flam semiconscious at the foot of a stairway. Annie Flam’s remains were found in the fire-damaged ruins of her bedroom. Both victims had been severely beaten and raped.

Fire investigators concluded that an intruder had deliberately set the blaze to destroy the crime scene. Forensic investigators retrieved hair and semen specimens that they hoped could be tested for DNA evidence. However, at that time, the science of DNA testing in criminal investigations was still new. Canada’s first DNA testing facility in Toronto was not yet in operation.

The RCMP took over the investigation and saw similarities in the Flam and Glendenning cases. Legere was their principal suspect, though they could not yet prove he was connected to the crime.

On 2 June, a Chatham contractor found a pair of men’s glasses at a site he was landscaping, very near a home whose occupant had surprised and chased away a burglar the previous day. The glasses were identical to the ones Legere had been wearing at the time of his escape from custody. The Canadian Crime Stoppers Association offered a $2,000 reward for information leading to Legere’s arrest. Police received tips that he had been seen in places as far apart as Fredericton and Toronto. However, they believed he was still in the Miramichi region. The district was plagued by further violent incidents.

On 30 September, Morrissy Doran, age 70, who lived in the Miramichi town of Newcastle, was shot in his back when he confronted an intruder in his home. The next day, an armed assailant broke into the Newcastle home of senior couple Edwin and Evangeline Russell and viciously assaulted them.

Two weeks later, at 7:35 a.m., on 14 October, a Newcastle volunteer firefighter saw smoke coming from the home of sisters Linda and Donna Daughney, ages 41 and 45. He sent out a call for help and rushed to the burning house. Police and other firefighters quickly responded.

The bodies of both sisters were found in the house, one of them tucked into her bed. Both had been badly beaten and raped. Investigators found that the bulb of the back door light had been partially unscrewed from its socket. The crime scene practically duplicated that of the Flam murder. Police learned that Legere had once had a relationship with Linda Daughney, adding to their suspicions that he was the culprit.

Reign of Terror and Smith Murder

Fear now gripped people living on the Miramichi. Residents believed someone in the area was sheltering Legere. Parents kept children indoors, and Halloween trick-or-treating was cancelled. People who lived alone, particularly seniors, stayed with relatives or neighbours. Additional RCMP officers joined the manhunt. The Crime Stoppers reward jumped to $10,000. People who had never before locked their doors did so now, and some bought guns. 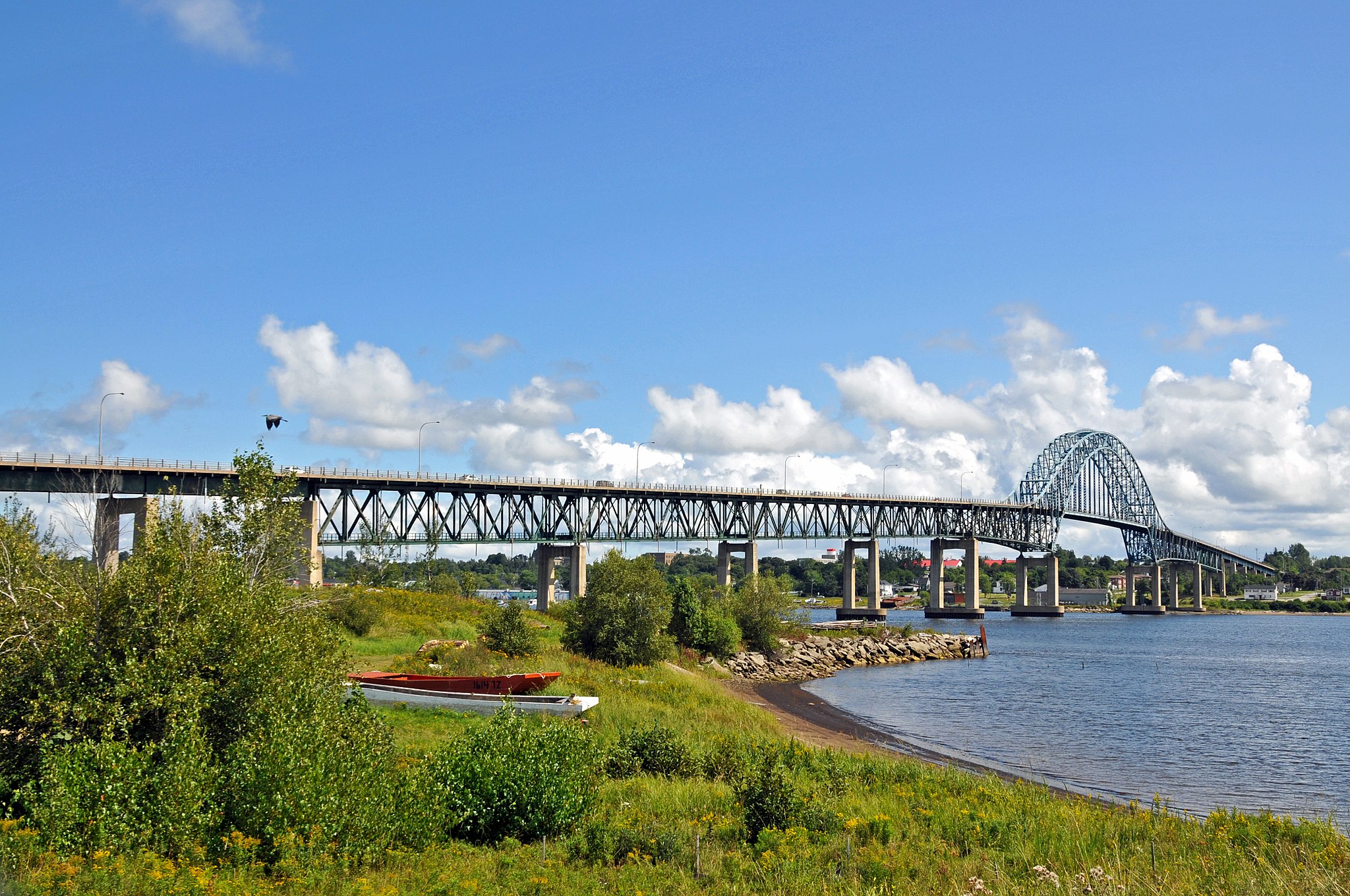 The bridge over the Miramichi River in Miramichi, New Brunswick.

On the evening of 16 November, a parishioner went to the priest's residence at the Blessed Virgin Mary Church in Chatham Head, NB, after 69-year-old Father James Smith failed to show up for mass. He found the priest’s battered body on the floor in a room spattered with blood. The rectory safe had been broken into, and Smith’s car was missing.

The Crime Stoppers reward hit $50,000, but leads brought police no closer to finding Legere. Then on the night of 23 November in Saint John, Legere hijacked a taxi at gunpoint and told the driver, Ron Gomke, to take him to Moncton. Blowing snow and icy roads made driving treacherous. Gomke lost control of the vehicle and ploughed into a snowbank. Legere waved down a passing car, whose driver, Michelle Mercer, was an off-duty RCMP constable. With both Gomke and Mercer now at gunpoint, Legere told Mercer to drive to Moncton. In the blinding snowstorm, Mercer lost her way. She eventually pulled into a gas station near Sussex, NB for fuel. There, she and Gomke were able to make their escape in her car.

Legere hijacked a transport truck and told the driver, Brian Golding, to take him to Moncton. Meanwhile, Mercer had reached an emergency telephone. Police poured into the area and set up roadblocks. On the morning of 24 November, police stopped the truck near Newcastle. Legere surrendered without a struggle.

By the time of Legere’s 1991 trials for the Flam, Daughney and Smith murders, the DNA laboratory in Toronto was in service. DNA and other forensic evidence connected Legere to all three crime scenes. (Another man proved to be responsible for the Doran and Russell assaults.)

Legere was found guilty of all four murders — in one of the first instances in Canadian judicial history where DNA evidence contributed to a conviction. Legere was classified as a dangerous offender — a designation for Canada’s most violent criminals, considered likely to reoffend — and imprisoned in the maximum-security penitentiary in Sainte-Anne-des-Plains, Québec. In 2015, he was transferred to the maximum-security Edmonton Institution in Alberta. 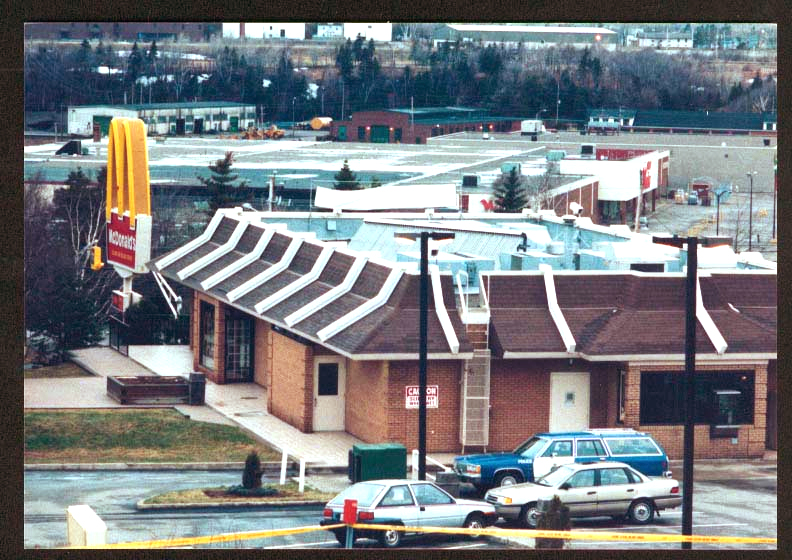