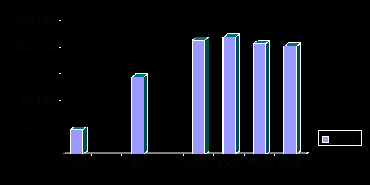 Although bison roamed the plains of North America for centuries, bison farming and ranching on a commercial scale only began in the mid-1980s. North America has two types of bison - the wood bison (Bison bison athabascae) and the plains bison (Bison bison bison), with both being indigenous to North America. The historical range for plains bison extended from Chihuahua, Mexico in the south to the central Canadian prairies in the north. The historical range of wood bison extended from the northern prairies of Canada in the south up to Alaska in the north.

In the early 1800s it is reported that over 50 million bison roamed the plains of North America. In the late 1800s, as a consequence of hunting for meat, hides and trophies, and conversion of natural grass to farmland, there were fewer than 1000 plains bison remaining. Because of the vision of ranchers, conservationists and governments, bison herd rebuilding began in both Canada and the United States. Although bison farming/ranching has its roots in the early 1900s, it was only in the 1970s that production began to grow (first as a cottage industry) in Western Canada. Today it is estimated that bison number about 450 000 in private commercial herds and public herds - a conservation success story. A majority of these bison are plains bison.

Bison producers are concentrated in the Western provinces - British Columbia, Alberta, Saskatchewan and Manitoba. Alberta alone has close to 50% of the herd and 46% of the farms. Saskatchewan has the second largest bison herd (around 29%), followed by Manitoba (10%) and British Columbia (6.5%). Less than 5% of the Canadian bison population is found in Ontario and eastern Canada.

Bison are naturally adapted to the Canadian climate. Their biological makeup allows them to do well despite winter storms and summer heat. As indigenous animals, bison adapted over the centuries to drought and prairie fires that limited food availability by developing a slower digestive system than cattle. This enables them to graze through most of what the Canadian climate can offer them.

Bison cows normally give birth once per year, usually from April to June, with most of the calves being born in May. During periods of stress, such as drought, they skip a year. Bison females are usually bred at 2 years old and produce their first calf when 3 years old. Bison have a gestation period of about 280 days. It takes 20 to 30 months from birth to raise bison for meat. Bison cows can live to be more than 20 years of age.

Bison can convert lower-protein forages into energy more efficiently than cattle and do very well in most types of pasture. However, like cattle, the finishing diet of bison can be supplemented with grain to make them gain weight faster than a forage-only diet allows. Adding grain to the diet also presents other advantages: it may ensure a higher conception rate in bison cows and adds fat, making the meat very tender. Bison are ruminants, which means they have four stomachs and can digest feed that is high in fibre, such as grass and hay. From spring to fall, bison generally graze in the pasture on grass. In the winter bison may graze on the grass under the snow. In the winter and sometimes year-round, farmers supplement the grass with hay, grain and a vitamin/mineral supplement. Bison generally eat less feed in the winter months than in the summer months.

Bison production can be divided into cow-calf operations and finishing operations, although many producers raise bison from birth to the time they are marketed for processing. Although bison spend much of their lives on pasture, a larger number of bison are fed cereal grains for 100 days before processing. This tends to make bison meat juicer. There are also producers who market bison that are raised on grass only.

The demand for bison is strong domestically and abroad in countries like France, Germany, Italy, and Switzerland. New markets, like the market in the United Arab Emirates, are being developed. Bison can truly be considered a North American meat. It is lean and its dense nutritional profile fits today's trend for a healthier, more natural diet. Bison are raised without the use of growth stimulants.

With the demand for bison in the US, and the economic advantages of processing and feeding bison in the US for both American and European markets, the number of live bison exported to the US has increased significantly since 2005.

The strong demand for bison results in strong prices. High prices are expected to continue and therefore encourage further investment in the industry.