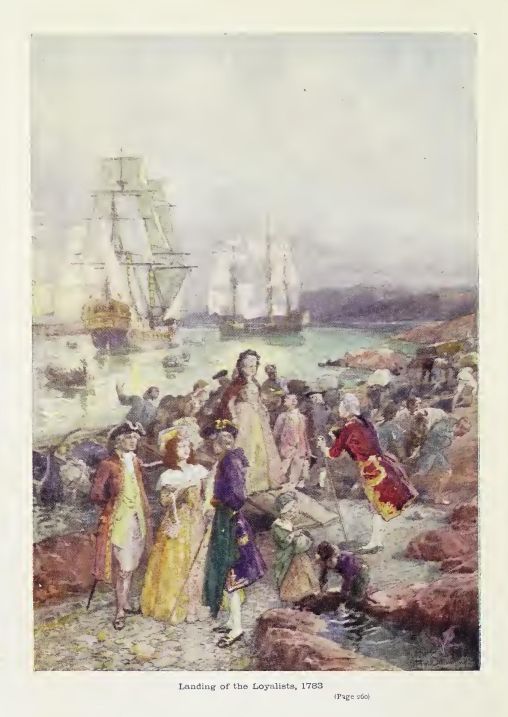 Deborah How was the daughter of Deborah Cawley and Edward How, a leading merchant and civilian official in Canso, Nova Scotia. She was born around 1727, likely in Marblehead, Massachusetts (near Boston). Although her parents had settled in Canso, her mother seems to have returned to her hometown of Marblehead for the birth. Deborah How grew up in Grassy Island, Canso. She was likely educated at home, either by her parents or by a tutor.

In 1743, Deborah How married Ensign (later Captain) Samuel Cottnam of the 40th Regiment of Foot (British Army). At the time, Britain and France were competing for power and land in North America The British captured the French colony of Port-Royal in Nova Scotia in 1710 and renamed it Annapolis Royal. (See also War of the Spanish Succession, 1701–14.) In 1717, the governor of Nova Scotia, Richard Philipps, created the 40th Foot to protect the port and surrounding settlements, including Canso.

In May 1744, hostilities broke out again between the French and British. Known as King George’s War (1744–48) in North America, it was part of the wider War of the Austrian Succession (1740–48). Deborah How Cottnam gave birth to her first child, Martha Grace, a little more than a week before a French force of 350 attacked Canso on 24 May 1744.

The small British garrison at Canso surrendered quickly to the French. Under the terms of surrender, they and their families were sent first to Louisbourg, Île Royale (Cape Breton Island), and then to Boston, Massachusetts. In the summer of 1745, the British troops from Canso were sent to Annapolis Royal. Samuel Cottnam continued to serve in the 40th Foot and fought in the Seven Years’ War. In 1758, he was part of the British forces under Jeffery Amherst that took Louisbourg from the French. However, Cottnam resigned his commission in 1760 due to ill health and moved to Salem, Massachusetts, in 1762.

Little is known about Deborah How Cottnam’s life between 1744 and 1774. She and her family lived in Salem from 1762 to 1773, when they moved to Nova Scotia. By this time, the relationship between Britain and the Thirteen Colonies had become strained. Despite this, Cottnam returned to Salem in July 1774 with her daughter Grizelda Elizabeth (Grissey) Cottnam. There, they opened a school for young ladies to support the family income.

When the American Revolution (1775–83) broke out, mother and daughter moved to Halifax, where they ran another “female academy” from 1777 to 1786. (Samuel Cottnam is believed to have died in 1780.) The academy was a boarding and day school attended by daughters of the Loyalist and colonial elite. The young women received an excellent education by the standards of the day, learning French, arithmetic and writing, as well as dancing and sewing.

Did you know?
Following the American Revolution, more than 30,000 Loyalists settled in what would become the Maritime provinces, swamping the existing population. In 1784, the colonies of New Brunswick and Cape Breton were created to deal with the influx. One of the main settlements was in the Saint John River valley.


In 1786, the Cottnams left Halifax and moved to Saint John, New Brunswick. They had been invited by Loyalist families who wanted to set up a school in the new city. Although she was happy in Saint John, Deborah How Cottnam had returned to Halifax by 1793. She spent the last years of her life in Windsor, Nova Scotia, with her daughter Martha Grace Tonge.

Deborah How Cottnam was also a respected poet who wrote under the pen name “Portia.” She was a literary inspiration for her students and for her great-granddaughter, poet Grizelda Tonge (daughter of William Cottnam Tonge).

What Recollection is — Oh! Wouldst thou know?
’Tis the soul’s highest privilege below:
A kind indulgence, by our Maker given —
The mind’s perfection, and the stamp of Heaven;
In this, alone, the strength of reason lies —
It makes us happy, and it makes us wise.
First verse of On Being Asked What Recollection Was by Deborah How Cottnam, 1780s


Several of Cottnam’s poems were published by Joseph Howe in the Acadian Recorder in June 1845. The Clark Library at UCLA holds a manuscript volume of her work.