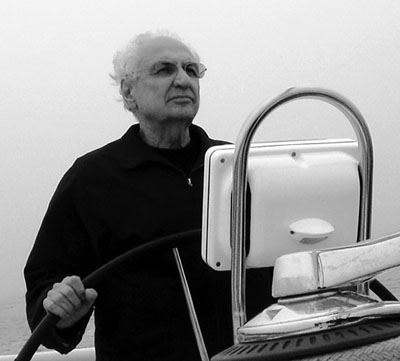 Raised in Toronto, Frank Gehry moved with his family to Los Angeles when he was 17. He received his Bachelor of Architecture degree from the University of Southern California in 1954, and studied city planning at the Harvard University Graduate School of Design.

Every project undertaken by Gehry Partners, founded in 1962 and located in Los Angeles, is designed personally and directly by Gehry. In the late 1950s and 1960s — the earliest years of his practice — his work was well-planned and handsome, and those who knew it regarded him as a genuine talent. One of his first successes came with Easy Edges, a line of furniture made from corrugated cardboard that he launched in 1969.

However, it was not until the 1970s that Gehry began to venture into unknown territory with a bold architectural experiment: his own small, pink Santa Monica bungalow. It became a laboratory in which it was possible to try anything, and he did. Gehry relocated walls, adding new ones and challenging which were new, old, inside, and outside. He utilized everyday materials such as chain-link fencing as architectural elements, an innovation that quickly came to be associated with his work. Since then, many barriers to architectural self-expression have come down at his bidding; in the years since 1989, computers and advanced software, together with the people who operate them, have given him the long-hoped-for freedom to create ever more inventive ways to enclose space. 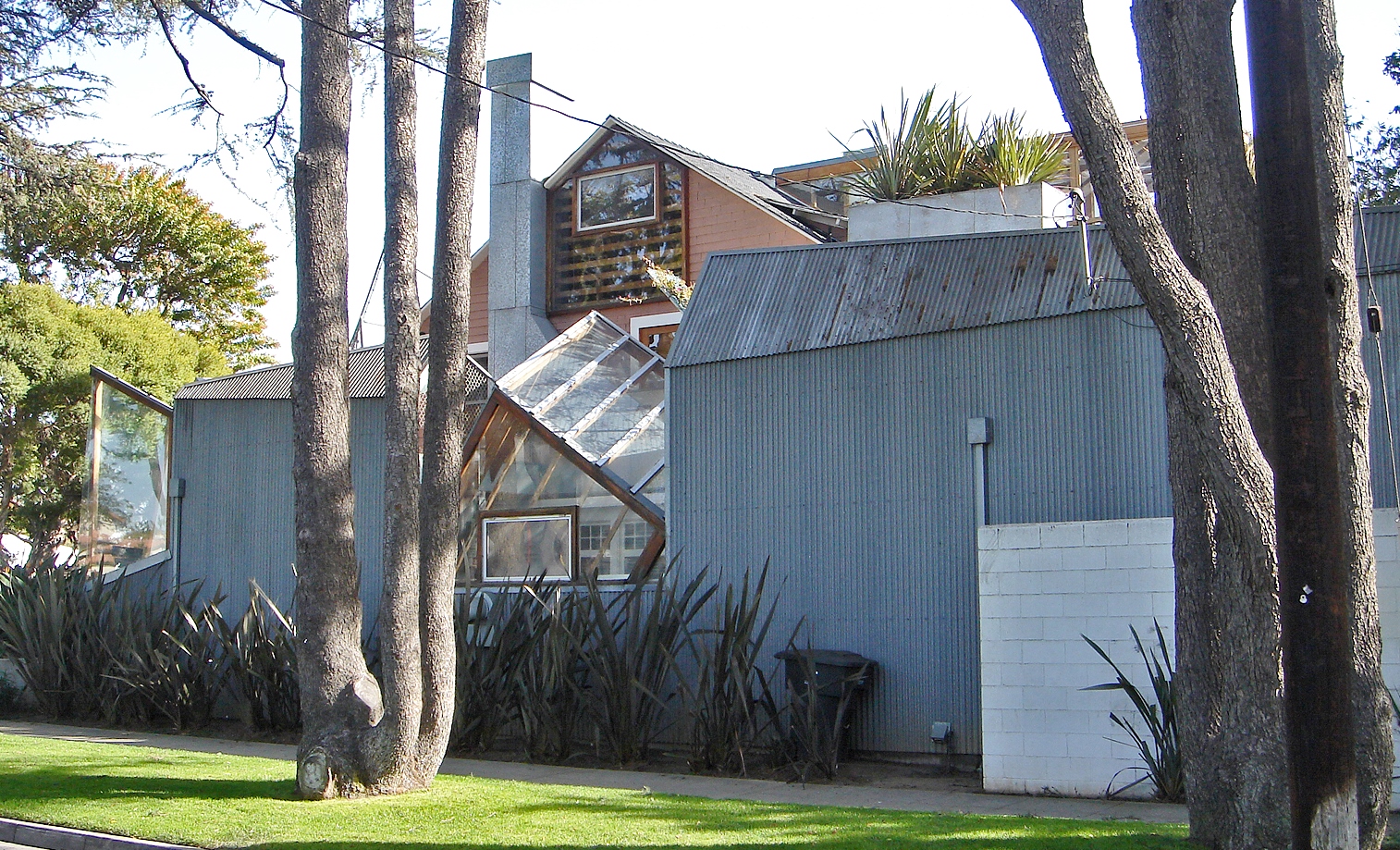 Architect of the Century

The project that brought Gehry international fame was the Guggenheim Museum Bilbao in Bilbao, Basque Country, Spain. Completed in 1997, the design is notable for its fragmented, curving and undulating forms clad in glass, titanium and limestone. The building is widely regarded as a masterpiece; American architect Philip Johnson called it “the most important building of our time.”

It was also this project that spawned what has become known as “the Bilbao effect.” The public success of this project is so large that tourists and architectural aficionados alike have flocked to the small town of Bilbao to see Gehry’s design. The Bilbao Guggenheim is the prime example of the use of brand-name architects, such as Gehry, to bring visitors in by the thousands — hence the term “Bilbao effect.” Museums and other cultural and public institutions around the world are following suit, in the hope of generating the success of the Guggenheim in Bilbao.

Other notable projects include: the Walt Disney Concert Hall (2003) in Los Angeles, California, its billowing stainless steel forms resembling sails at full mast; the renovation of the Art Gallery of Ontario in Toronto, with its bright blue southern façade and its spiralling inner and outer staircases; and the jazzy, brightly coloured Biomuseo (2013) in Panama City, Panama. Gehry has also created a master plan for Facebook’s “Zee Town,” a small city designed to house  some 10,000 Facebook employees on a 200-acre lot adjacent to their headquarters in Menlo Park, California, as well as a “Gateway to the Sunset Strip” in Los Angeles, California, a mixed-use community that will include apartments, restaurants, retail storefronts and a central plaza.

The design process Gehry displayed in the renovation of his own house has continued to this day: it is a process of seeing anew, of seeing what is regarded as ordinary as possessing the potential for the extraordinary. What has become known as Gehry’s signature style couples his interest in materiality with expressive form. These buildings are usually composed of discrete volumes, shaped with freely flowing curvilinear roofs. Metal panels are often used as cladding, either stainless steel or titanium. The result is a collection of buildings bearing no resemblance to a historical understanding of architecture; these are structures that appear to defy gravity, as well as the human ability to shape structures.

Over the course of his career, Frank Gehry has pursued a variety of subsidiary design projects. From 1969 to 1973, he produced his Easy Edges furniture line, designed through the layering of corrugated cardboard. Easy Edges is an early example of Gehry’s interest in using common, prefabricated materials in his work. In 1992, Gehry introduced his Bentwood furniture line: elegant tables, chairs and ottomans fashioned from wetted and then bent wooden slates, a technique that has its origin in Indigenous arts and crafts of the Pacific Northwest (see Northwest Coast Indigenous Art).

Between 1984 and 1986, Gehry designed a series of fish-shaped lamps out of moulded wire onto which he glued shards of plastic. These initial pieces led to larger public sculptures, like Standing Glass Fish (1986) for the Minneapolis Sculpture Garden in Minneapolis, Minnesota, and Fish Sculpture (1989–92) for La Vila Olímpica del Poblenou in Barcelona, Spain.

In addition to collaborating with Tiffany and Co. on six jewellery collections, Gehry was also commissioned to design the official trophy of the World Cup of Hockey.

Gehry has periodically undertaken museum exhibition and installation design as well as theatrical set design. He designed the display for a number of landmark exhibitions at the Los Angeles County Museum of Art, including Treasures of Tutankhamun (1978), The Avant-Garde in Russia (1980), and  Degenerate Art: The Fate of the Avant-Garde in Nazi Germany (1991). He went on to design The Art of the Motorcycle (1998) at the Solomon R. Guggenheim Museum in New York.

On the set design front, Gehry designed the set for a production of Mozart’s Don Giovanni by the Los Angeles Philharmonic at the Walt Disney Concert Hall in downtown Los Angeles (a building Gehry himself designed to wide acclaim) in 2012. He also created the stage design for a tribute to the life and work of French avant-garde composer and conductor Pierre Boulez by the Chicago Symphony Orchestra in 2014.

In 1982, 1985, 1988, 1989 and 1999, Gehry held the William B. and Charlotte Shepherd Davenport Visiting Professorship of Architectural Design at Yale University. In 1984, he held the Eliot Noyes Chair at Harvard University. From 1996 to 1997, he was a visiting scholar at the Federal Institute of Technology in Zurich, Switzerland. Gehry’s buildings have received more than 100 national and regional awards from the American Institute of Architects (AIA).

Major exhibitions of drawings, models and other documentation of Gehry’s work have been mounted at the Philadelphia Museum of Art (1992), the Museum of Modern Art, New York (1992), the Solomon R. Guggenheim Museum (2001), the Guggenheim Bilbao (2002), the Jewish Museum, New York (2010), and the Centre Pompidou, Paris, France (2014). In 2015, a full retrospective of his work was mounted by the Los Angeles County Museum of Art.