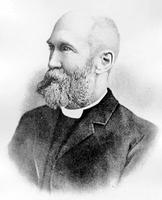 Grant believed that the ideals acquired at university should be used in public life for the social good. He was also committed to imperialism and to the Social Gospel (courtesy Metropolitan Toronto Reference Library/T16287).

George Monro Grant, Presbyterian minister, educator (b at Albion Mines, NS 22 Dec 1835; d at Kingston, Ont 10 May 1902). Educated at Pictou Academy and West River Seminary in Nova Scotia, Grant attended Glasgow U (MA 1857) and was ordained in the Church of Scotland in 1860. After spending 3 years in different Maritime locations as a missionary, he was offered the pulpit of St Matthew's Church, Halifax, in 1863, a position he held until he accepted the principalship of Queen's U, Kingston, in 1877. He was principal of Queen's until his death and was the author of several books, including Ocean to Ocean (1873), an account of his journey overland to the Pacific with Sandford FLEMING's expedition in 1872, and The Religions of the World (1894).

Grant inherited a small and financially unstable denominational college and spent much of his indomitable energy thereafter in raising an endowment fund and acquiring (and retaining) major scholars, especially in the humanities. He was also fully aware, however, of the necessity of strong faculties of science (pure and applied) if Queen's was to acquire a truly national stature. By the time of his death few denied that his goal had been realized.

Principal Grant was an almost archetypal "muscular Christian," greatly admiring Thomas Arnold of Rugby as well as Victorian social reformers. While not a systematic scholar, he read widely and his thought and conduct were practical applications of the philosophical idealism given voice by his colleague at Queen's, John WATSON. He believed that the knowledge and ideals acquired at university should be actively used in professional public life for the social good, and the power of his example encouraged commitment of students to a SOCIAL GOSPEL. To this organic view of society he added a firm commitment not only to the Canadian nation but also to its place within the British Empire. A leader in the Presbyterian Church in Canada (he was moderator in 1889), he was nevertheless a major spokesman for ecumenicism. He left behind him no great body of scholarship but at his death the phrase "Principal Grant" had become one of legendary significance.