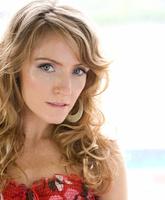 Joy began acting in high school in her native Australia. She toured Europe with a youth theatre company before earning an acting diploma from the prestigious Western Australia Academy of Performing Arts, where she won the school’s award for Best Performer. She gravitated towards stage work, becoming a regular player with the Sydney-based Bell Shakespeare Theatre Company and the Melbourne Theatre Company, and then made appearances in Australian television series such as Snowy River: The McGregor Saga (1996), Water Rats (1996–97), Big Sky (1997) and Stingers (1999).

Encouraged by an actor boyfriend to try her luck in Vancouver’s thriving television industry, she moved there in 1999 and quickly found work in such shows as First Wave (2000), The Outer Limits (2001), The Chris Isaak Show (2002) and The Twilight Zone (2002). She then landed a lead role in the short-lived CBC TV sitcom An American in Canada (2003–04), and won a Leo Award for her performance opposite Ian Tracey and Lothaire Bluteau in the feature film Desolation Sound (2005).

She also began landing roles in Toronto, including a supporting role in the TV movie The Murdoch Mysteries: Under the Dragon’s Tail (2004), which earned her a Gemini Award nomination. After moving to Toronto, she played recurring roles in such TV series as This Is Wonderland (2005–06) and ReGenesis (2006). She then became one of the busiest actors in Canadian television, playing outspoken, confident characters in several concurrent productions. She won a Gemini Award in 2008 for playing the wife of Hugh Dillon’s depressed and paranoid policeman in the ambitious and dark melodrama Durham County (2007–10), and played Doc in the primetime soap opera MVP: The Secret Lives of Hockey Wives (2008). She also achieved her highest-profile role to date as Dr. Julia Ogden in the popular period detective drama Murdoch Mysteries (2008–); the series is based on the novels by Maureen Jennings, who advocated for Joy to be cast in the female lead based on her performance in the earlier TV movie.

In 2012, Joy made her Canadian stage debut playing two characters — a meek married woman contemplating an adulterous affair, and a stubborn, neurotic woman in an extended therapy session — in Australian playwright Andrew Bovell's Speaking in Tongues at The Company Theatre in Toronto.