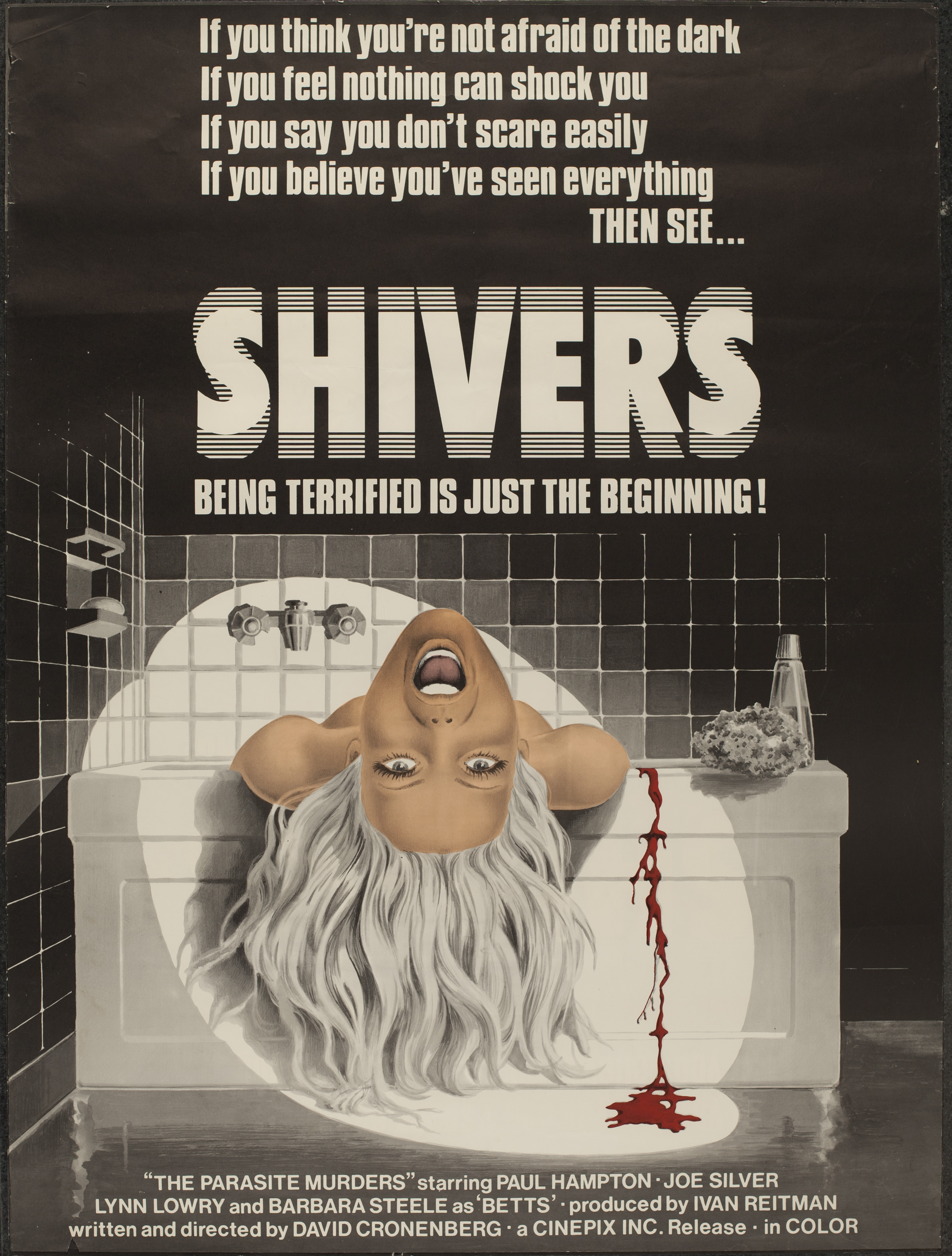 David Cronenberg, who was reportedly evicted from his apartment due to the bad publicity around Shivers (1975), sold the film to 52 countries and paid back the total investment of 5,000 to the film's producers and the CFDC before the film even premiered.

For decades, the federal government proved reluctant to exert any control over the distribution and exhibition of films in Canada (see History of the Canadian Film Industry). However, it did act decisively to provide financial incentives for investment in domestic film production through tax benefits. In 1974, it increased the Capital Cost Allowance (CCA) from 60 to 100 per cent, creating a tax shelter that allowed investors to deduct from their taxable income 100 per cent of their investment in feature films that were certified as Canadian.

For a film to qualify as Canadian, it had to be at least 75 minutes long, have at least one producer and two-thirds of the “above the line” creative team who were Canadian, and perform at least 75 per cent of the production and post-production services in Canada.

The adjustment in the CCA was, in large part, a reaction to the commercial failure of most of the films produced through the Canadian Film Development Corporation (CFDC, now Telefilm Canada) since its inception in 1967. The approach echoed the conclusion of the Tompkins Report, issued by the secretary of state in 1976, which argued that, since the American control of the theatrical marketplace in Canada made it virtually impossible for Canadian films to turn a profit at the domestic box office, the Canadian film industry should focus instead on producing commercial products for export. 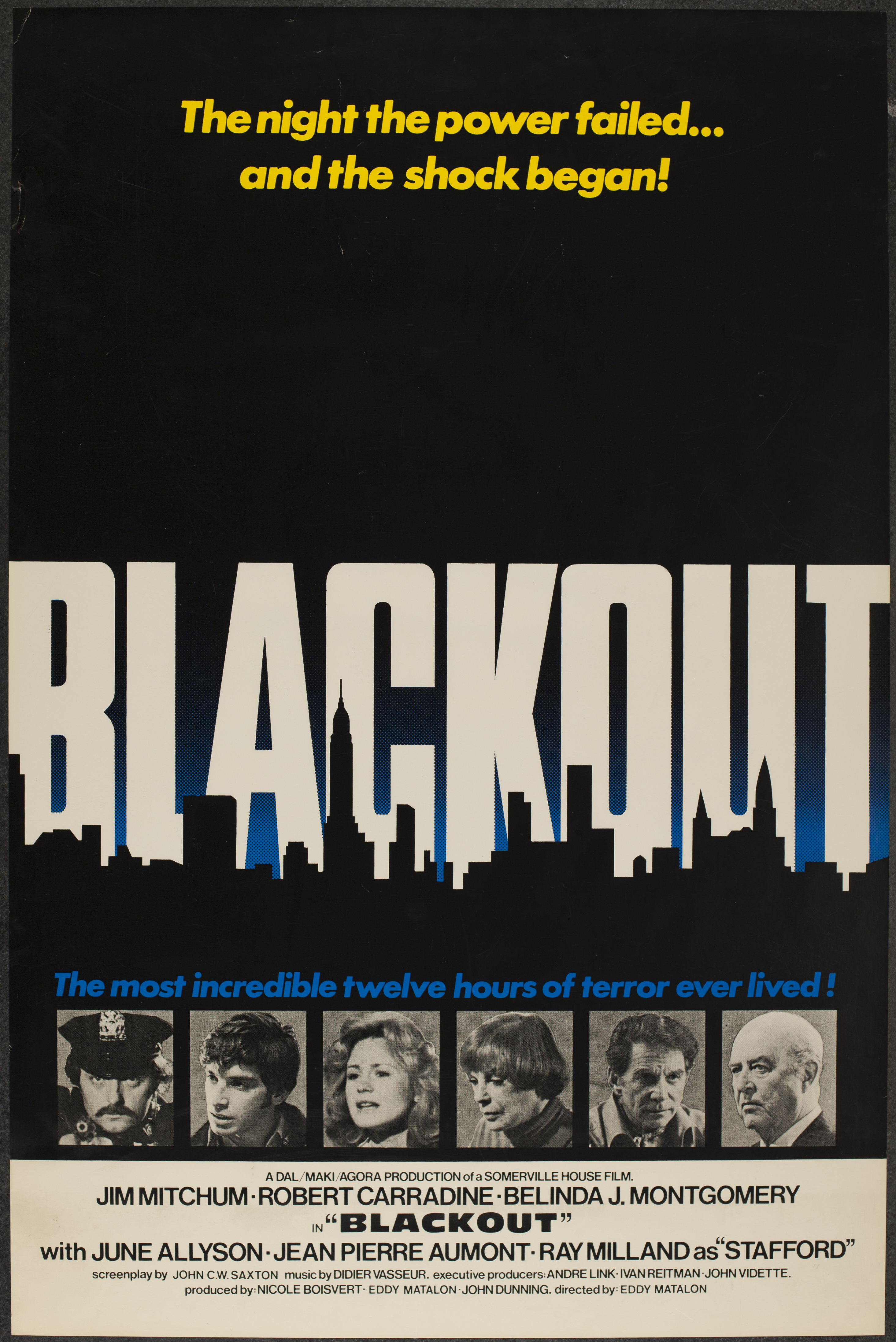 Emblematic of the generic ineptitude of many tax shelter films, Blackout (1978), about New York City thugs on a rampage during a power failure, was described by one reviewer as "Badly made, consistently boring, and performed with understandable indifference."

In 1978, a shift in management was made at the CFDC to reflect the new, more commercial orientation. National Film Board veteran Michael Spencer, who had been in charge since 1968, was replaced by Michael McCabe, a politically connected money manager with little film experience. The emphasis was placed on film as an industry, not as an art form. Producers, not directors, were given priority, and the CFDC acted like a bank, providing “bridge financing” to producers with a track record and “bankable” projects. The making of deals that benefitted producers and lawyers took priority over the making of films. Production budgets became inflated by salaries paid to second-rate Hollywood stars, who were meant to make the films more commercial, and to lawyers and accountants, who were needed to navigate the intricacies of the CCA.

A new aggressiveness took hold within the industry and within government agencies responsible for film. Priorities shifted from low-budget, cultural films to higher-budget, commercial projects. This policy shift — and the funding of feature films with public money in general — came under further scrutiny after the critic Robert Fulford (writing under the name Marshall Delaney) wrote a scathing review of David Croneberg’s CFDC-funded horror film Shivers in the September 1975 edition of Saturday Night magazine. The review, titled “You Should Know How Bad This Film Is. After All, You Paid For It,” called the film “an atrocity, a disgrace to everyone connected with it — including the taxpayers… If using public money to produce films like this is the only way that English Canada can have a film industry, then perhaps English Canada should not have a film industry.” A furious debate was sparked in the House of Commons over the use of tax-payer dollars to fund films.

Ironically, the beginning of the tax-shelter era was marked by two films of high quality with solid cultural pedigrees that went on to become commercial hits, both receiving Oscar nominations for their screenplays: Ted Kotcheff’s The Apprenticeship of Duddy Kravitz (1974), starring Richard Dreyfuss and based on Mordecai Richler’s novel; and Ján Kadár's Lies My Father Told Me (1975), based on a script by Ted Allen. But these films proved to be the exception during this period and not the rule. Most of the international co-productions and trite commercial vehicles that littered the second half of the 1970s — such as City on Fire (1979) with Henry Fonda and Ava Gardner, Running (1979) with Michael Douglas, and Nothing Personal (1980) with Donald Sutherland and Suzanne Somers — provided one box office and artistic embarrassment after another. 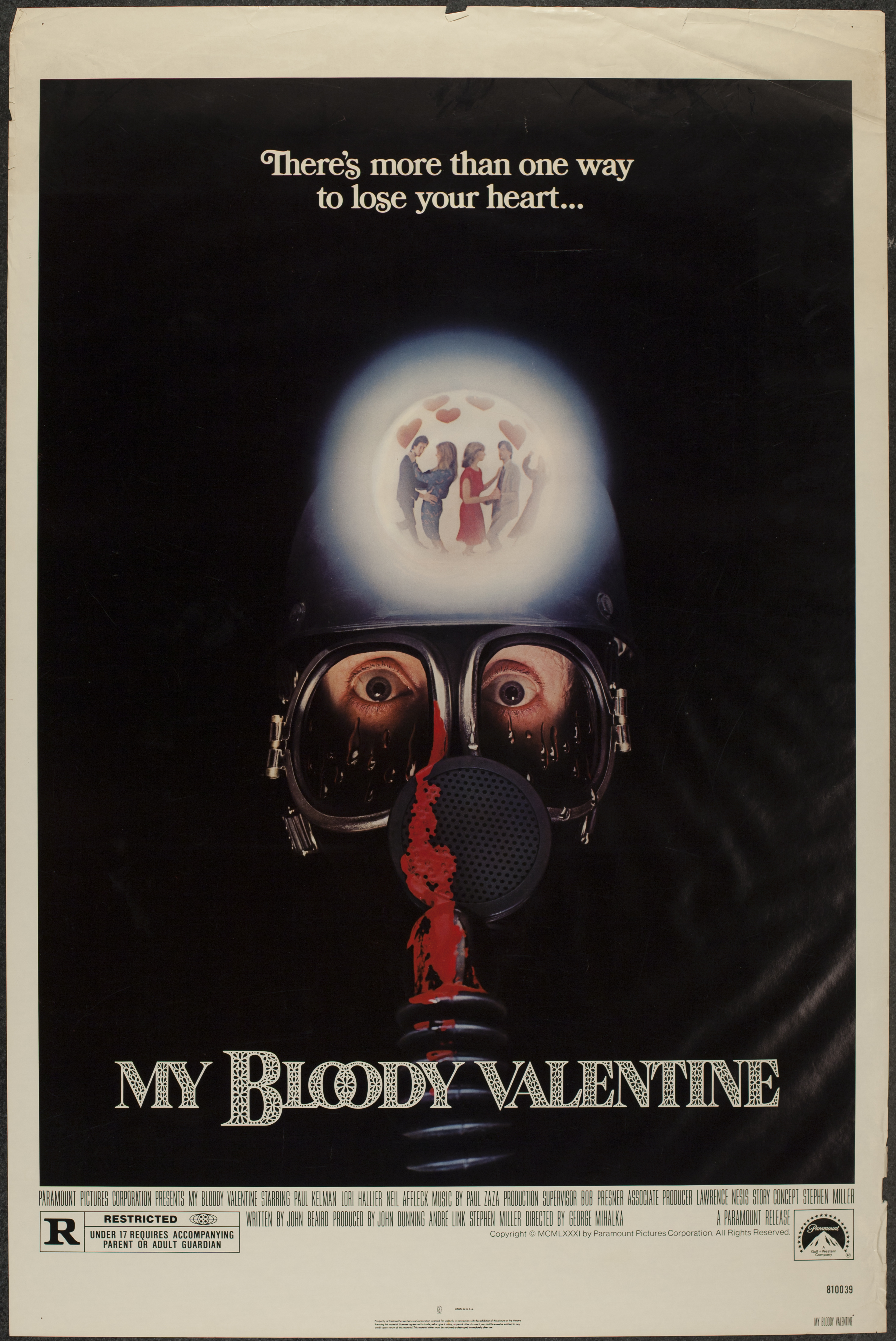 Quentin Tarantino's all-time favourite slasher film, My Bloody Valentine (1981) had to have nine minutes cut in order to receive an R rating. Shot on location in Sydney Mines, Nova Scotia, it became a cult classic and was remade in 2009.

Some benefits did emerge from the tax-shelter era. In the same way that the British quota of the 1930s initially resulted in low-quality films but ultimately laid the groundwork for necessary infrastructure and nurtured the likes of Alfred Hitchcock and Alexander Korda, so too did the tax shelter productions provide valuable experience to a growing industry of craftspeople and a number of prominent producers, including Harold Greenberg, Garth Drabinsky, Peter O’Brian, Robert Cooper, John Kemeny and Robert Lantos, who emerged as Canada’s leading movie mogul through his companies Vivafilm and Alliance Communications. Although David Cronenberg has recognized the tax shelter scheme as a failure, he has also credited his tax-shelter films — Shivers (1975), Rabid (1977), Fast Company (1979), The Brood (1979) and Scanners (1981) — with launching his career.

Though the majority of Canadian films in the late 1970s and early 1980s suffered from identity crises, a few worthy films emerged from this period. Silvio Narizzano’s Why Shoot the Teacher (1977) and Allan King’s Who Has Seen the Wind (1977), both of which were adapted from Canadian novels, retained their integrity and did well at the box office. Several other films managed to project a distinctly Canadian sensibility. Gilles Carle’s Les Plouffe(1981), originally produced as a CBC TV miniseries and released theatrically in a shortened version, was very well-received. Francis Mankiewicz’s Les bons débarras (1980) and Phillip Borsos’s impressive debut feature The Grey Fox (1982) are widely considered among the best Canadian films ever made. The Grey Fox, in particular, proved to be a key film, restoring pride to the industry and again giving Canadians the sense that they could produce distinct films of high quality.

The tax shelter incentive did result in a boom in Canadian film production. In 1974, there were three feature films produced in Canada. In 1979, the peak of the tax shelter era, more feature films were produced in Canada (77, compared to 99 in Hollywood) than in any year previously, with an average budget of $2.5 million. However, many of the films did not receive distribution, and many that did were derivative efforts, practically indistinguishable from poorly made American films. As one perceptive critic put it, the tax shelter scheme “was like trying to compete with Ford Motors by building a car in the basement.” In 1982, the CCA was reduced to 50 percent and the era came to a close. 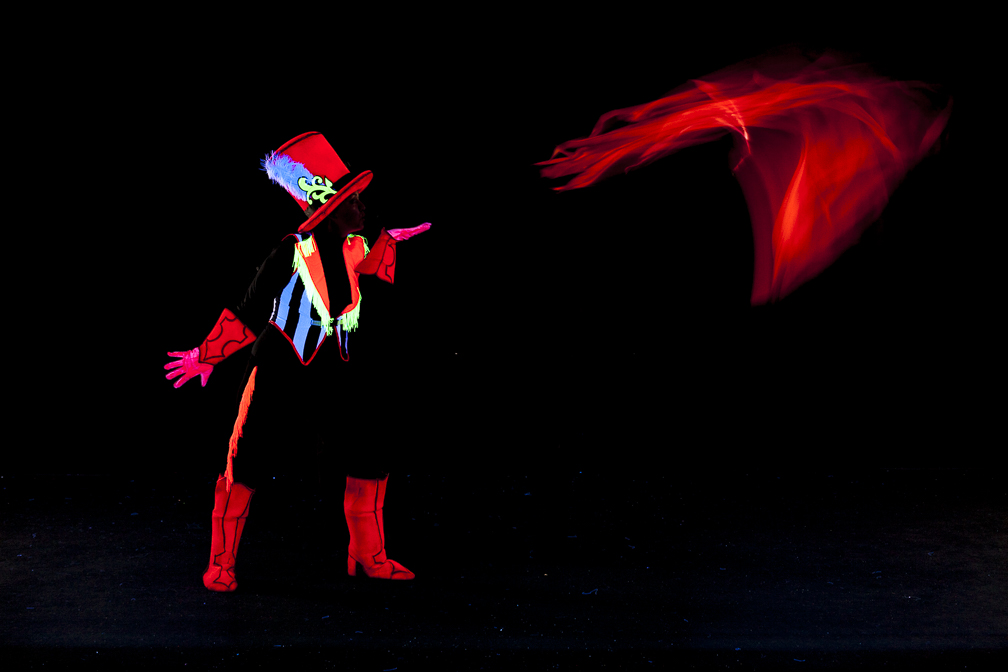