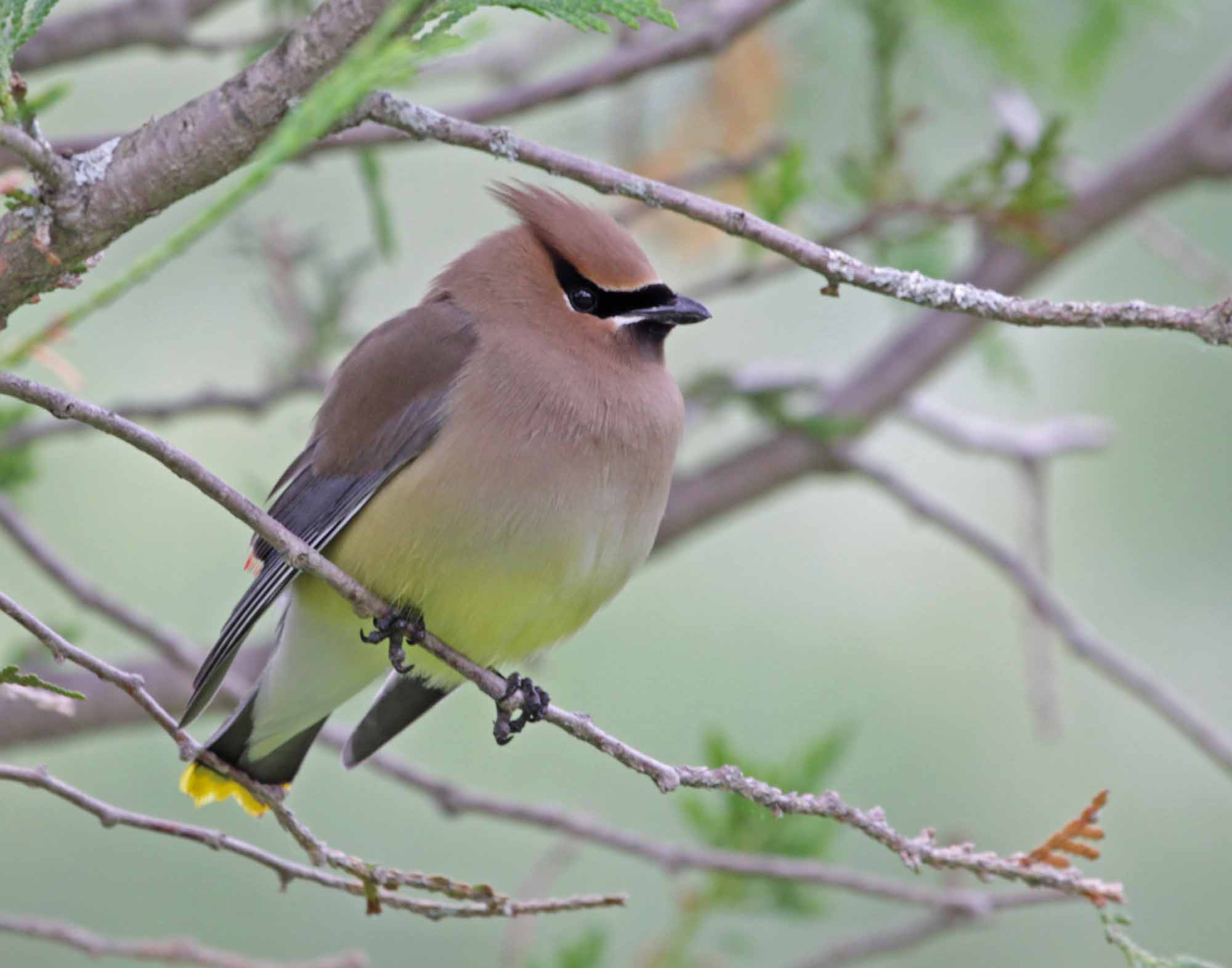 A Cedar Waxwing (Bombycilla cedrorum) sitting in a tree in Waterloo, Ontario.

Waxwing (Bombycillidae) is a family of birds comprising 8 species, including the true waxwings, the palmchat (Dulus dominicus) of Hispaniola and the silky-flycatchers of the southwestern US and Central America.

True waxwings (3 species) inhabit subarctic and temperate regions of the Northern Hemisphere and are migratory. In Canada, 2 species occur, the cedar waxwing (Bombycilla cedrorum) and bohemian waxwing (B. garrulus). 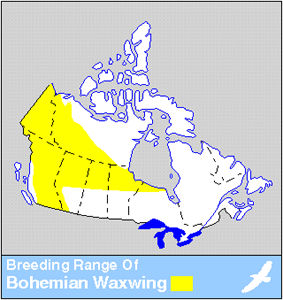 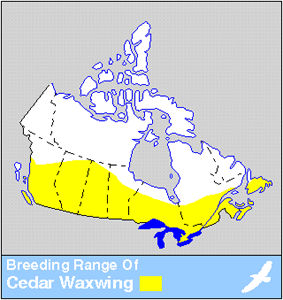 Waxwings are small passerines (perching birds), 15-19 cm long, that have very soft plumage dominated by rich fawn or soft grey coloration, with shadings of chestnut. Waxwings have a black throat and band across the eyes. The secondary wing feathers often have waxy red tips, from which the name is derived. Wings and tail are greyish. The bill is short, thick, slightly notched and hooked. The crest is prominent.

Waxwings are gregarious, particularly during the nonbreeding season. They eat insects which they may catch in flight but, in season, feed primarily on berries, fruits and flowers.

Waxwings build a bulky nest consisting of an open cup of twigs, moss and grass lined with hair, down or feathers. Clutches, of 3-7 ash grey or bluish eggs, marked with dark brown, are incubated mainly by the female. The young are fed by both parents.