"On July the 8th, we had our worst engagement."

"On July the 8th, we had our worst engagement." See below for Mr. Ritcey's entire testimony. Please be advised that Memory Project primary sources may deal with personal testimony that reflect the speaker’s recollections and interpretations of events. Individual testimony does not necessarily reflect the views of the Memory Project and Historica Canada. 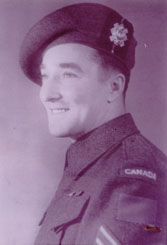 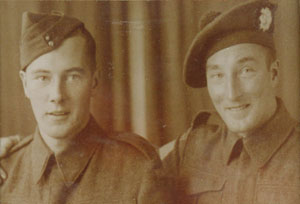 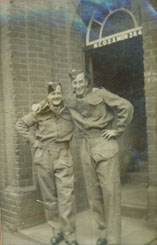 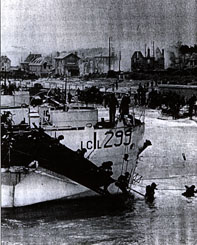 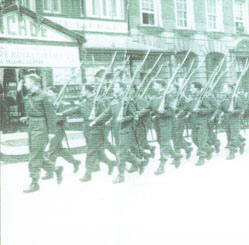 My name is Carvil Ritcey, and I was a Lance Corporal with the Royal Canadian Regiment. I joined September the 6th, 1939, and we went overseas just before Christmas. We landed in England, and we nearly froze to death the first year, and a lot of us came down with pneumonia and stuff like that. I went to France in 1940. We evacuated France and came back to England, and went over to Dover when Dunkirk was involved there, and we were supposed to go in as reinforcements, but it was so bad there that we only helped with the evacuation. From then on, we went on to doing Tiger Scheme, and I ended up with a motor vehicle accident. I was driving a Norton, and a fifteen hundred-weight drove me into a ravine and kind of crippled me up for about four months. When I got out of hospital, my regiment had moved to Italy and because I was F5 when I got out of hospital, they left me back in England. So instead of going with the Royal Canadian Regiment, I rejoined the Highland Light Infantry, and on D-Day, I went ashore with the Highland Light Infantry. We had quite and event there for the first month, because we were in combat practically every night. If you were lucky to get back, you were doing great. On July the 8th, we had our worst engagement. It was called 'Bloody Buron'. We lost about two hundred and eighty men and practically all our officers in that engagement. Our unit was with the 12 Platoon of the Highland Light Infantry. We were attacked by eight tiger tanks, and if it hadn't been for the help of a self-propelled seventeen pounder, we would have been eliminated. They knocked out three of the German tanks, and the rest retreated. So that was our worst engagement. Then we went on to the Falaise Gap, and at the Falaise Gap, our Canadian corps was roughly about a hundred thousand men, and we captured over three hundred thousand Germans. It was the worst scene I'd ever seen in my life. There was nothing but dead horses, dead Germans, and broken and crippled tanks all over the place. That was about the worst memory I had during the war, because the smell of death was everywhere.