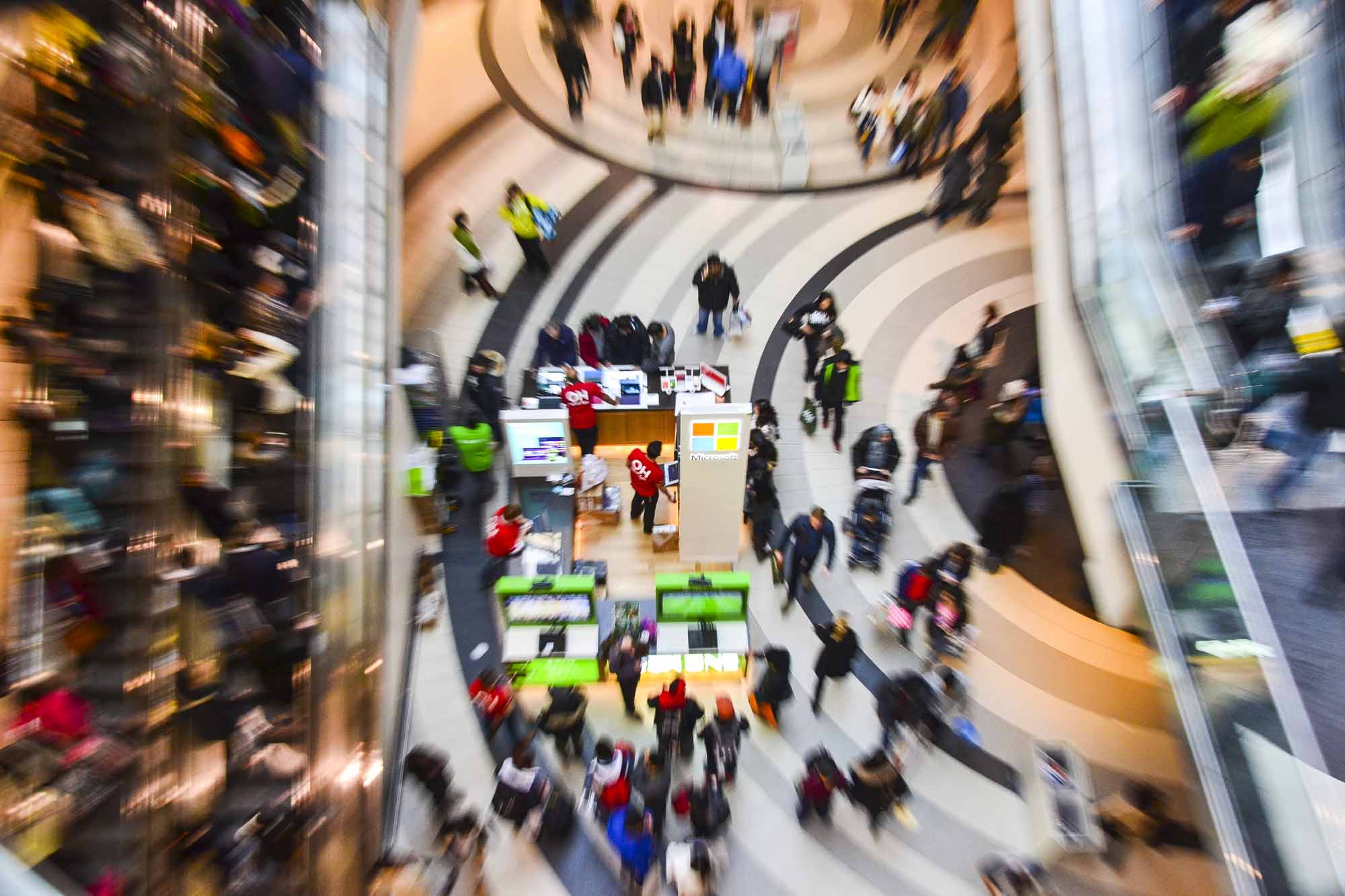 Shoppers make their way through the Eaton Centre as they visit the Boxing Day sales in Toronto. Photo taken on: December 26, 2013
45934185 © Nisarg Lakhmani | Dreamstime.com

The ecclesiastical celebration stems from the appointment of Stephen by the Apostles as one of seven deacons to attend to the distribution of alms to the poorer members of the Church. A Jew who converted to Christianity, Stephen usually preached among Hellenist Jews and was known as a powerful orator. His selection as a deacon identified him as a man of Christian faith and of good reputation. He became a target of those unwilling to be converted and ultimately was charged with blasphemy and arrested, cast out of the community and stoned to death.

Alms-giving has long been associated with the day after Christmas, going back to at least the early tenth century and the duke of Bohemia, Wenceslas I (c. 903-935)--he of the Christmas carol "Good King Wenceslas." He was the son of Duke Wratislaw, a Christian, and Dragomir, a heathen. On the death of Wratislaw, Dragomir acted as regent to oppose Christianity. Wenceslas, by the will of the people, assumed the regent position, and officially broke from heathen tradition to promote Christianity. (He put his duchy under the protection of Germany and was given the regal title by Emperor Otto I.) Wenceslas became known for his virtue, which was memorialized in the well-known Christmas carol. According to the song, as he surveyed his land "on the feast of Stephen" he saw a poor man gathering firewood ("When a poor man came in sight,/Gath'ring winter fuel") and ordered a servant to gather food and wine and help him deliver them to the poor man. Whether the story is actually true is unknown, but it exemplifies the duke's beliefs and actions. Wenceslas was murdered by his own brother for religious and political reasons and was considered a martyr immediately after his death. He was canonized several centuries later.

The etymology of Boxing Day is not definitively known, but it may come from the traditional opening on that day of Anglican Church poor boxes that had been filled during Advent. Another possibility is that it arose from the custom of the aristocracy giving gifts to servants, employees and trades people the day after Christmas.

Boxing Day throughout the Commonwealth involves a range of traditions. It has been a national holiday in England, Wales, Ireland and Canada since 1871. (It is listed in the Canada Labour Code as a general holiday.) In England, traditional Boxing Day fox hunts, which have been conducted for hundreds of years, were threatened in 2005 by Parliament's ban on using dogs to kill prey. Although the dogs' role has been limited to chasing only, thousands of people continue to participate in the Boxing Day hunt.

In Ireland, December 26 is still known as St Stephen's Day, and is traditionally the day for Hunting the Wren. Birds are prominent in Irish mythology and the Wren, which has a reputation for treachery, is said to have sung loudly to betray Irish soldiers sneaking up on the Norse. The wren is also said to have betrayed St. Stephen. In former times it was hunted by Wrenboys, killed and the corpse carried on a stick at the head of a procession. Today, it is a day for people to dress in costume, wear masks and parade around the town accompanied by musicians.

December 26 is also a day for mumming, which is carried out around the world during the Twelve Days of Christmas. In Canada, mumming, or mummering, is a tradition mainly in Newfoundland, with mumming practices having come from Ireland and the UK as early as 1583. It went out of practice in Canada after the First World War and was resurrected in the early 1970s after scholarly researchers rediscovered it. Mummers typically take part in a parade and go from house to house to perform a play based on a central character such as St George, that includes combat, the resurrection of the slain champion and the collection of money by the performers. Less formal traditions involve visiting homes to seek admission, reversing normal modes of behaviour, attempts by the host to identify the disguised characters and the sharing of refreshments.

Modern Boxing Day has largely moved far away from the traditions of alms-giving and has become a day for shopping for post-Christmas deals, eating leftovers and lounging.