Sentencing in criminal cases serves a variety of purposes, including deterrence, rehabilitation, denunciation and public protection. Purposes predominate depending on, for example, the nature and circumstances of the offence and the offender. The predominant purpose of the dangerous offender provisions of the Criminal Code is public protection. These provisions permit an extraordinary remedy - indeterminate detention - for an extraordinary class of criminals: "dangerous offenders."

Dangerous offenders are not mentally disordered (see Criminal Capacity). Neither are they common criminals, even recidivists, to whom the ordinary sentencing provisions of the Criminal Code apply. They belong to that small minority of offenders who are neither deterred nor reformed by ordinary punishment and who pose a serious risk to the mental or physical well-being of other members of society. The indeterminate sentence permits these offenders to be controlled until their dangerousness abates.

The dangerous offender provisions are set out in Part XXIV (sections 752-761) of the Criminal Code. These provisions were enacted in 1977, and replaced habitual criminal and criminal sexual psychopath legislation enacted in 1947-48.

The prosecution must establish two main matters beyond a reasonable doubt in the hearing. First, the conviction must have been for a "serious personal injury offence" - an offence with a maximum sentence of 10 years or more (but not including treason or murder offences) involving either a) the use or attempted use of violence against another, conduct endangering or likely to endanger another's life or safety, or conduct inflicting or likely to inflict severe psychological damage on another; or b) sexual assault, sexual assault with a weapon, with threats to a third party, or causing bodily harm, aggravated sexual assault, and attempts to commit such offences.

The Criminal Code requires that at least two psychiatrists present evidence during the hearing, one for the prosecution, the other for the offender. While the ordinary rules of evidence generally apply in the hearing, evidence is admissible that would not be admissible at trial.

The indeterminate sentence may be appealed; the finding of dangerousness may, at least, be reviewed on appeal.

The dangerous offender provisions have been upheld under the Charter. Their heavy reliance on psychiatric predictions of dangerousness, however, has generated controversy in the psychiatric, psychological and legal communities respecting mental health professionals' ability to predict dangerousness and to make other legally defined judgements relevant to dangerous offender applications. 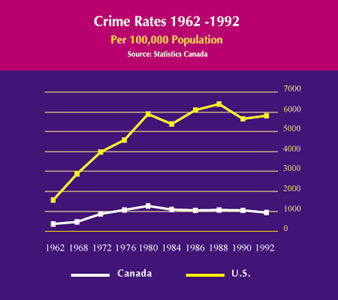