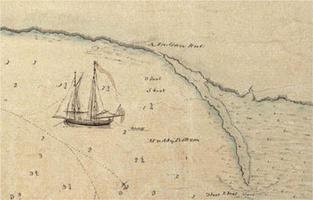 Recognized as a National Historic Site, Toronto's Distillery Historic District contains over 40 Victorian buildings that document the city's and the nation's architectural and industrial heritage. Between the 1830s and 1890s, the firm of Gooderham & Worts grew from a small windmill in the wilderness to the largest distillery in the British Empire and, for a time, in the world. The 20th century brought war, prohibition of alcohol, globalization, decline, and, finally, the area's rebirth as a vibrant arts and cultural district.

In 1832, English immigrants and brothers-in-law James Worts and William Gooderham built a 22-metre brick windmill on the edge of Toronto Bay that soon became a symbol of the young city.

Worts brought 20 years' experience as a miller, while Gooderham contributed most of the capital and business acumen. After the untimely death of Worts in 1834, Gooderham continued on alone. Steam soon replaced unreliable wind power. In 1837, Gooderham added a distillery to the gristmill, launching the business that would become the foundation of several fortunes and transform Toronto's waterfront. In 1845, Gooderham's nephew, James Gooderham Worts, became a partner in the firm and in 1856 Gooderham's son, George, also joined the partnership.

The firm thrived under their energetic leadership. A five-storey limestone mill and distillery, designed by David Roberts Sr., opened in early 1861, increasing production capacity from 80 000 to two million gallons per year. This Stone Distillery is now the oldest and largest heritage building in the District. The windmill was demolished in the early 1860s to make way for the Cooperage, Maltings and other redbrick buildings along the west side of Trinity Street.

By the mid-1890s, the final Victorian buildings, mostly designed by celebrated Toronto architect David Roberts Jr., had been added to the site. At this time, both ships and railways still served the company, and the shoreline had been extended southward to accommodate new structures and wharves. Puffing chimneys represented "progress."

During the First World War, the distillery was converted into a war industry, British Acetones, which produced a key ingredient for manufacturing smokeless gunpowder. After the war and with the continuation of alcohol prohibition, the family business was sold to Harry C. Hatch, who merged Gooderham & Worts with Hiram Walker in Windsor in 1927, around the time that prohibition ended in Ontario. Hatch added the final two major buildings to the Toronto distillery in 1927 and profited mightily from American prohibition that continued until the end of 1933.

Between the 1830s and the 1950s, the shoreline abutting Gooderham & Worts moved about 500 metres south. This migration occurred incrementally, as when the company added a new wharf in the 1840s or filled in around its grain elevator in the 1880s and '90s, and in great leaps, as when the Toronto Terminals Railway Company built its raised waterfront viaduct in the 1920s and the Toronto Harbour Commission implemented its 1913 waterfront plan from the end of the Great War into the 1930s. The once prominent waterfront industry became landlocked and serviced by railway and motor vehicles.

Whisky distilling ceased in 1957, leaving rum and industrial alcohol as the major products. Finally, in mid-1990, the grand old distillery was closed down forever. The future of the heritage buildings remained in doubt until December 2001 when Cityscape purchased them to create the Distillery Heritage District that has emerged.

Archaeological investigations have unearthed some but not a great deal of information about earlier moments in distillery life, and virtually no pre-industrial history.

In November 1792, surveyor Joseph Bouchette noted that two families of Mississaugas had raised their "ephemeral habitations" on the edge of Toronto Bay. His plan of Toronto Harbour for Lt. Governor John Graves Simcoe shows an "Indian hut" on the site where the windmill and distillery would rise some forty years later.

Although these and earlier Indigenous people had certainly tracked across the site, fished and camped near the Don River, no evidence of Aboriginal activity has been recovered. Given the intense industrial activity and radical changes to the shoreline, this is not surprising.

Most significant is the 2003 excavation at the windmill site. The 1830s windmill tower, composed of 105 000 bricks, had been demolished in the early 1860s to make way for newer buildings that covered part but not all of its site. For generations, the location of the windmill was more-or-less forgotten. When construction workers laying sewer infrastructure bumped into a curved wall below the surface in early 2003, archaeologists were hired to do a proper study.

They discovered several sections of limestone foundation 60 cm below the pavement, and calculated that the original brick structure had been 10.2 m in diameter at its base and had stood on a broad circular foundation, 90 cm thick, constructed of limestone rubble. An attempt to determine how deep the foundations were had to be abandoned when groundwater poured into the excavation. A former distillery employee recalled that other parts of the circular foundation had been seen under the building to the east of the exposed foundations in the 1980s.

The windmill foundations were covered again for protection and an arc of light-red bricks was placed directly over them to commemorate the historic structure. Standing on that arc, a visitor can almost hear the creaking of the windmill sails, the grinding of the millstones, and the shouts of labourers going about their work.

Additional information about the industrial waterfront came to light informally and then formally in 1999, when timber cribbing was excavated south and southeast of the Stone Distillery. Two distinct forms of cribbing were investigated, with no specific dates or definite uses identified. Additional cribbing had been unearthed a few years earlier when a condominium building was under construction just to the west. Such wooden cribbing was used, probably from the 1840s to the 1890s, to stabilize shorelines, create wharves, and support grain elevators along Toronto's increasingly industrialized waterfront. The location of the Distillery District cribbing suggests that some of it may have been associated with the 1860s grain elevator connected to the Stone Distillery and some with the larger 1880s grain elevator to the west. Elements of timber cribbing may still lie buried south of the distillery buildings.

Like many Victorian industrialists, William Gooderham and James Gooderham Worts lived near the works. The site of Gooderham's handsome estate had been so churned over by industrial activity since 1885 that nothing remained when the current condominium building was excavated and built. By contrast, hope remained that James Gooderham Worts' equally fine estate, Lindenwold, had faired better. Much, but not all of the site, had been redeveloped for industrial purposes in the 1890s.

In 1996, several test trenches were sunk, but yielded relatively little: some pottery sherds (including a French teacup rim); a liquor bottle; a few bricks; a slate roof shingle; a couple of marble architectural fragments; some pipe stems; and, best of all, a brick cistern that had probably been located inside the Worts' residence. All in all, not much except confirmation of where the Worts family had lived during the growth of one of Toronto's and Canada's most successful Victorian businesses.