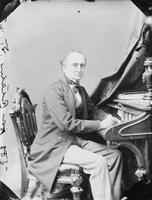 John William Ritchie, lawyer, judge, politician, senator 1867–70 (born 26 March 1809 in Annapolis Royal, Nova Scotia; died 13 December 1890 in Halifax, Nova Scotia). John William Ritchie was a law clerk for the Legislative Council of Nova Scotia. He replaced Robert Barry Dickey as a delegate to the London Conference in 1866, earning recognition as a Father of Confederation. Ritchie’s support for Confederation was rewarded with a Senate seat, which he held until 1870, when he became a justice of the Supreme Court of Nova Scotia.

John William Ritchie was born into a prominent family that was active in Nova Scotia politics and law. His father, Thomas Ritchie, was a lawyer, then judge, who represented Annapolis County in the Nova Scotia assembly. His mother, Elizabeth Wildman Johnston, was the daughter of Elizabeth Lichtenstein Johnston, who wrote Recollections of a Georgia Loyalist for her grandchildren’s information (see Loyalists).

Ritchie completed his early education in Annapolis Royal. He was subsequently tutored at home before studying law in Halifax in the office of his mother’s brother, James William Johnston. Johnston was one of the most influential lawyers in Halifax. Described as “the ablest and the most successful criminal pleader that this Province or perhaps British America has ever produced,” Johnston was leader of the provincial Conservative party for 20 years. Ritchie was called to the Bar in 1831 and became a barrister the following year. Though he represented few clients, he devoted his time to legal studies.

In 1836, Ritchie married his cousin, Amelia Rebecca Almon, daughter of legislative councillor William Bruce Almon and niece of Mather Byles Almon, one of the original directors of the Bank of Nova Scotia and the Bank’s president from 1837 to 1870. They had 12 children.

John Ritchie’s family connections to the Ritchie, Johnston and Almon families provided him with the necessary support to enter politics. In 1836, Ritchie stood for election to the legislative assembly in Annapolis County, a seat previously held by his father and one of his Johnston uncles, and he was defeated. In 1837, he was appointed law clerk of the legislative council, where his uncle, James William Johnston was a member (Ritchie’s father-in-law became a member in the following year). During his time as law clerk, his reputation for legal acumen grew and he became a Queen’s Counsel in 1858. In 1859, the Colonial Office appointed Ritchie to a commission to investigate land ownership in Prince Edward Island (see PEI Land Question).

In 1863, Ritchie was appointed to the Board of Governors of Dalhousie University and held this position until the end of his life. In 1864, he was appointed to the Legislative Council. He became solicitor general of Nova Scotia and replaced Robert Dickey as leader of the government in the upper house. Throughout his political career, Ritchie was known for his distinguished appearance and legal acumen.

John Ritchie is sometimes excluded from histories of the Fathers of Confederation because he did not attend the Charlottetown and Québec Conferences in 1864. Ritchie supported Confederation for economic reasons, arguing that a united Canada would have an advantage in trade negotiations over the individual British North American colonies. In 1865, he represented Nova Scotia at the Confederate Council on Commercial Treaties, which met in Québec City and agreed that all the British North American colonies should have a common commercial policy with regards to a reciprocity agreement with the United States. Ritchie made his contribution to the negotiations for Canadian Confederation at the London Conference of 1866, where he was one of the Nova Scotia delegates. Ritchie replaced Robert Dickey, who questioned the financial terms that emerged from the Québec Conference. Along with the other Nova Scotia delegates, Ritchie helped finalize the terms for the union of the British North American colonies.

Sir John A. Macdonald rewarded John Ritchie for his support of Confederation with a Senate seat, which he held until 1870, when he became puisne judge of the Supreme Court of Nova Scotia. In 1873, he became judge in equity, succeeding his uncle, James William Johnston. Sir Robert Borden, prime minister from 1911 to 1920, recalled in his memoirs, “John W. Ritchie was one of the ablest judges then, or at any time, on the Nova Scotia Bench.” Ritchie retired from the Supreme Court in 1882 due to his declining health and died in Halifax in 1890.

John Ritchie’s decisions as equity judge were published in 1883 as The Equity Decisions of the Hon. John W. Ritchie, Judge in Equity of the Province of Nova Scotia, 1873–1882. His brother, Sir William Johnstone Ritchie, became chief justice of Canada from 1879 to 1892.

The Ritchie family continued to be influential in Nova Scotia after Ritchie’s death. Three of his daughters became prominent advocates of women’s suffrage and social reform in Nova Scotia. Eliza and Ella Ritchie assumed leadership positions in the Victoria School of Art and Design (now called the Nova Scotia College of Art and Design, which they helped found), the Victorian Order of Nurses and the Council of Women. Eliza graduated from Dalhousie University and became the first Canadian woman to earn a PhD when she received her doctorate from Cornell University in 1889. Mary founded the first Girl Guide Company in Nova Scotia in 1911. 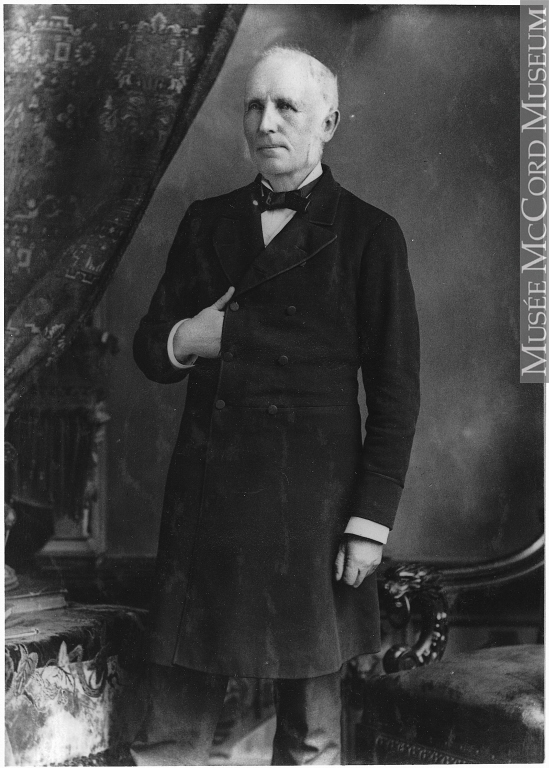