Aba Bayefsky, artist, teacher (b at Toronto 7 Apr 1923; d there 5 May 2001). Bayefsky studied at Central Technical School in Toronto from 1937 to 1942. The following year he enlisted in the RCAF and was commissioned as an Official War Artist in 1944. He produced a visual record of Belsen Concentration Camp and has subsequently produced a large body of work that is related to that theme (Reflections on the Holocaust, The Art of Aba Bayefsky, on display at the Canadian War Museum in Ottawa during 1998.) Further experiences included documenting events in a displaced persons camp in Italy (1947); a year of study in Paris, France (1948); and travels to India (1958) and Japan (1960, 1969, 1982). In addition to his well-known works in watercolour and oils depicting market scenes and portraits of friends, Bayefsky received several commissions for large-scale murals. He also created portfolios of lithographs based on Canadian Indian legends and mythology (Forces of Earth and Sky) and Hebrew religious themes (Tales from the Talmud).

Throughout his career, Bayefsky was interested in the human figure as the basis of his art and in his later years completed a large series of paintings depicting tattooed people in Canada and Japan. Exhibiting since 1941, he had more than 42 solo exhibitions and his work can be found in major public and private collections across Canada and internationally. From 1957 to 1988 he was an instructor at the Ontario College of Art and in 1979 he was appointed to the Order of Canada. 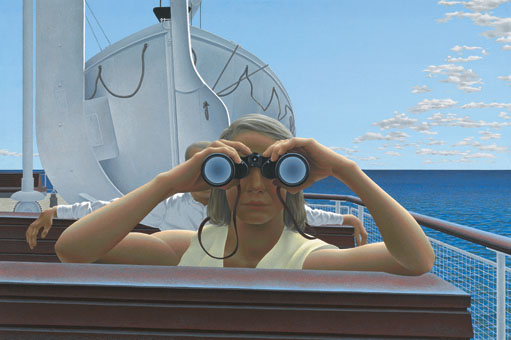