Demography of Indigenous Peoples in Canada 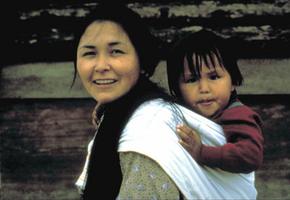 In 2010, the Aboriginal population in Canada included 615 First Nation communities and more than 50 nations; eight Métis settlements; and 53 Inuit communities. In 2011, there were more than 60 Aboriginal languages reported in Canada.

With regards to the population of Aboriginal people in what would become Canada at the beginning of sustained European contact in the early 16th century, estimates vary. Anthropologists and historians have, however, given a tentative range of between 350,000 and 500,000 people, with some estimates as high as two million. By 1867, it is thought that between 100,000 and 125,000 First Nations people remained in what is now Canada, along with approximately 10,000 Métis in Manitoba and 2,000 Inuit in the Arctic. The Aboriginal population of Canada continued to decline until the early 20th century. This dramatic population decline is attributed to disease, starvation and warfare directly stemming from European settlement and practices (see Indigenous People, Health; Indigenous-European Relations; Smallpox; Tuberculosis).

Caution must be taken when comparing data on Aboriginal peoples across time and data sources because of amendments to the Indian Act. Prior to the 1985 enactment of Bill C-31, An Act to Amend the Indian Act, many people were disqualified from ‘Indian status’ and any related rights through forcible enfranchisement (see Indigenous Women's Issues; Enfranchisement). Disqualified groups included Aboriginal women that married non-Aboriginal men or non-status Aboriginal men (“marrying out” rule) and Aboriginal persons who obtained a university degree and/or professional employment (e.g., doctor, lawyer). Once a person lost his or her status, his or her children were no longer status-eligible. Bill C-31 restored status to those who were forcibly enfranchised and terminated status to non-Aboriginal people that acquired it through marriage (rather than ancestry). Membership in an Indian band also no longer required Indian status. This amendment restored status for 127,000 people and terminated status for 106,000 people. However, there remained a “second generation cut-off” where children of women that had “married out” were now eligible for status, but could not pass status onto their children. On 31 January 2011, Bill C-3, the Gender Equity in Indian Registration Act, came into force. This act entitles eligible grandchildren of women who “married out” to registration (estimated at 45,000 persons).

Changes in data collection methods also impact population measurement. This is particularly true when comparing 2011 data to data previously obtained from the long-form Census questionnaire. The long-form census questionnaire, which was mandatory for 20 per cent of the Canadian population, was cancelled in 2010 and replaced in 2011 by the voluntary National Household Survey (NHS) delivered to 30 per cent of private dwellings in Canada. In addition to the voluntary nature of the NHS, differences exist in wording and format of questions relating to Aboriginal peoples in Canada and the definitions of reserves.

Population changes may reflect legislative amendments to registration criteria, modifications of self-identification and reporting (whether someone identifies as an Aboriginal person and which identity or identities they report), and data collection methods in addition to natural increase (the difference between births and death). Moreover, the figures from the 2011 National Household Survey have been adjusted for incomplete enumeration of reserves and settlements and for census under-coverage.

The number of individuals identifying as First Nations people has increased by almost 25 per cent between 2006 and 2011, while those identifying as Métis and Inuit increased by 16.3 per cent and 18.1 per cent, respectively. Projections developed by Statistics Canada in 2011 for the Aboriginal identity population indicate that depending on the demographic scenario assumed (i.e., change in fertility, mortality, migration, and intergenerational ethnic mobility — the transmission of Aboriginal identity from one generation to the next), the population could reach between 1.7 million and 2.2 million in 2031. The registry component would likely account for a large part of this growth in Aboriginal population, from the combined effects of natural increase (the difference between births and deaths; see Indigenous People, Health), and from reinstatement of non-status Aboriginal people to registered status under the provisions of Bill C-31 and Bill C-3. The number of First Nations people with registered status increased by 13.7 per cent between 2006 and 2011. In addition to natural population growth and legislative changes, other factors that partially account for the significant growth of the Aboriginal population are higher fertility rates, a younger population (which is more conducive to births and less conducive to deaths), and more accurate enumeration on reserves. More accurate enumeration is itself not an indicator of population growth as much as it is perceived growth (i.e., those who may not have been previously are now being counted.)

From the mid-1960s to the mid-1980s, there was a significant out-migration of Aboriginal people away from reserves or home communities, usually to urban centres. As urban Aboriginal communities become more salient, the trend for urban migration is expected to grow. This migration stems primarily from the lack of economic opportunity in or near reserves and more remote Aboriginal communities. After the 1985 enactment of Bill C-31, and the restoration of status for many Aboriginal peoples, many returned to their reserves, however urban migration has continued (see Indigenous People, Urban Migration).

Many Aboriginal people in Canada live in the large metropolitan areas such as Toronto, Vancouver and Montréal. However, the 2011 NHS indicated that among the major metropolitan areas, Winnipeg (78,415), followed by Edmonton (61,770) have the largest Aboriginal identity populations. In each of these two cities, the Aboriginal people represent 11 and 5.4 per cent of the total, respectively. Regina and Saskatoon have sizable Aboriginal populations as well (9.5 and 9.3 per cent, respectively). On a strictly proportionate basis however, the largest proportions of Aboriginal identity population are in the considerably smaller cities of Yellowknife (25.4 per cent) and Whitehorse (16 per cent).