Alex Cameron, visual artist (born 1947 in Toronto, ON). Alex Cameron is broadly recognized as one of the most distinguished contemporary heirs of the Group of Seven, Jack Bush, and the Painters Eleven. He has had over 40 solo exhibitions since his first show at A Space Gallery in Toronto in 1971. Cameron’s work is in the permanent collections of the Art Gallery of Ontario (AGO), the Agnes Etherington Art Centre in Kingston, ON, the Art Gallery of Hamilton, and the Office of the Prime Minister of Canada, as well as numerous corporate and private collections. 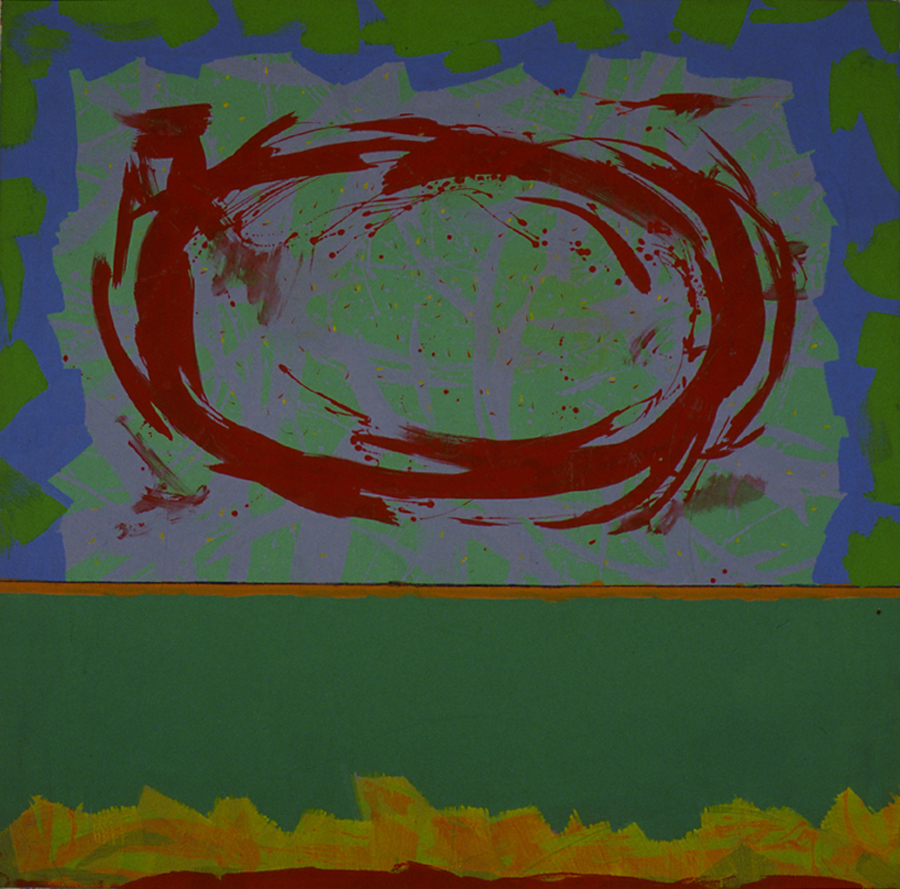 Alex Cameron was born in Toronto and spent his youth in the bucolic Georgian Bay area of Parry Sound, Ontario. His childhood was steeped in the smell of linseed oil and oil paint, as art was part of Cameron’s life from an early age. His mother was a recognized painter and his uncle, Donald Cameron, was a well-known New York designer who lived with the Cameron family intermittently. On a visit to see his uncle in Manhattan, Cameron was introduced to the American abstract expressionist painters whose method and philosophy would prove formative for the young painter.

After a brief stint in commercial art following high school, Cameron enrolled at the New School of Art in Toronto in 1967. Established Canadian painters such as Gordon Rayner and Robert Markle were among the staff who made the biggest impression. Their emphasis on formal planning and commitment to rigorously drawn sketches before applying paint would serve as important precepts for his later work.

In 1967, while at the New School, Cameron was introduced to the philanthropist and art dealer, David Mirvish, who had opened a commercial gallery next door. Dedicated to the innovative colour-field paintings (abstract paintings that make use of broad swaths of saturated colour) popular in the United States and Canada at the time, the Mirvish Gallery was at the centre of the Toronto art scene during the late 1960s. In 1972, after a short period as a preparator at the AGO, Cameron took a year-long position at Mirvish’s gallery, returning to work for him again briefly in 1975.

While working for Mirvish, Cameron became acquainted with the painter Jack Bush, an internationally known abstract artist who later hired Cameron as his assistant from 1972 to 1976.

The relationship between Bush and Cameron would prove critical for both painters. By exchanging ideas and painterly methods, both Bush and Cameron created paintings during the 1970s that displayed heavily worked, thick impasto surfaces with swatches of brilliant colour thrown in every direction. By attending to the plasticity of paint and the flattening of deep space, the artists created work that reflected discussions with Bush’s long-time friend, the art critic Clement Greenberg, whose proclamations of Modern painting as profoundly anti-illusionistic found a direct voice in works such as Cameron’s Nubian Sun Dance (1977). 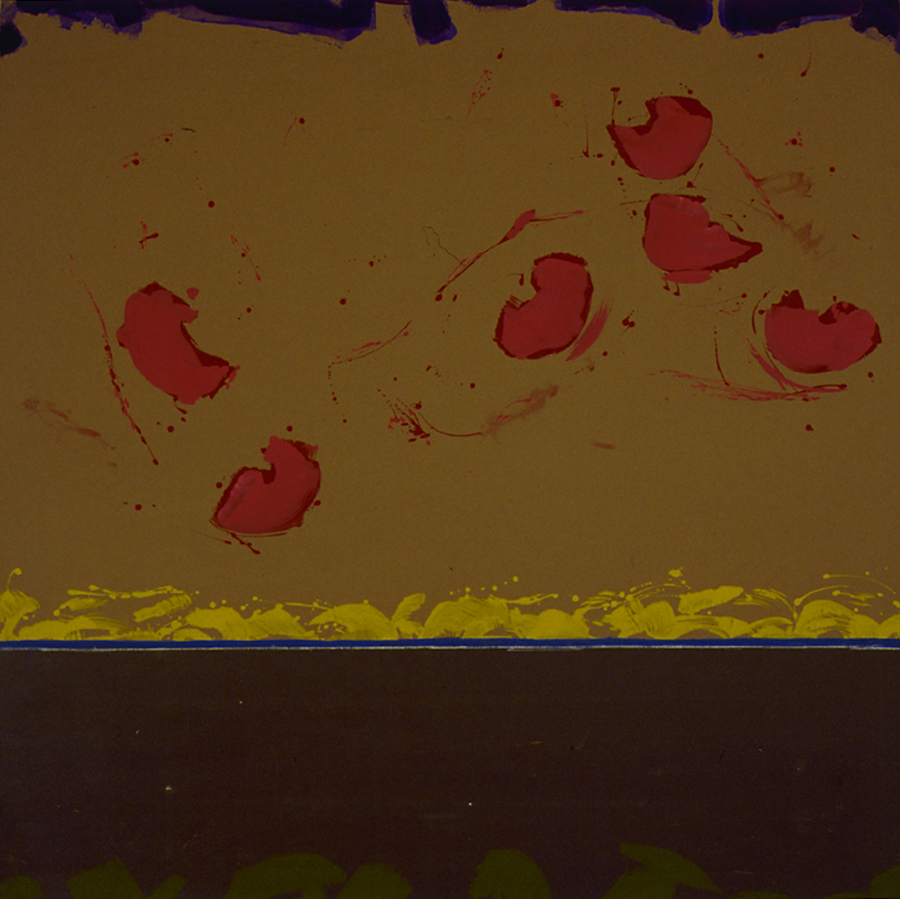 The 1970s would prove to be a momentous time in Cameron’s career, coming to public attention in 1971 for his conceptual work. By the mid-1970s he had gained prominence as a painter, and in 1976 he received a solo exhibition at Toronto’s Sable-Castelli Gallery. In the same year, he was included in the prestigious exhibition Four Toronto Painters at the AGO. In 1977, he was part of the important 14 Canadians exhibition at the Hirshhorn Museum in Washington, DC, as well as in the Queen’s Silver Jubilee Art Collection exhibition organized by the province of Ontario. 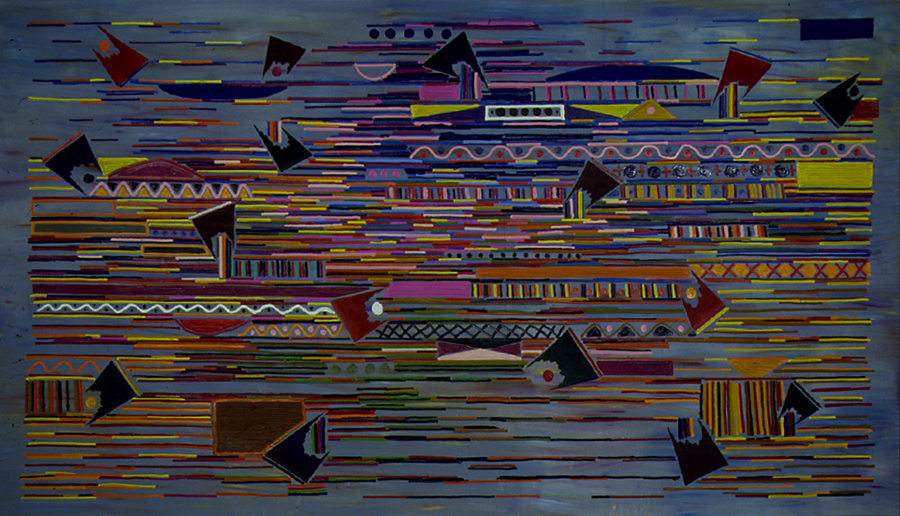 Cameron’s work of the late 1970s and early 1980s is marked by a greater attention to colour and sharply defined organic shapes combined with more solid structures. Drawing loosely on nature, Cameron created paintings during this period that are whimsical, imaginative versions of the Canadian wilderness. By the mid-1980s, Cameron’s landscapes had become more controlled. Inspired by Japanese brush painting, Cameron used parallel lines of varying colour to produce textured mosaics of shape and pigment. In 1985, an exhibition of his work toured across Canada.

Cameron was a lifelong friend and colleague of the painter David Bolduc, with whom he travelled twice to India and Nepal. 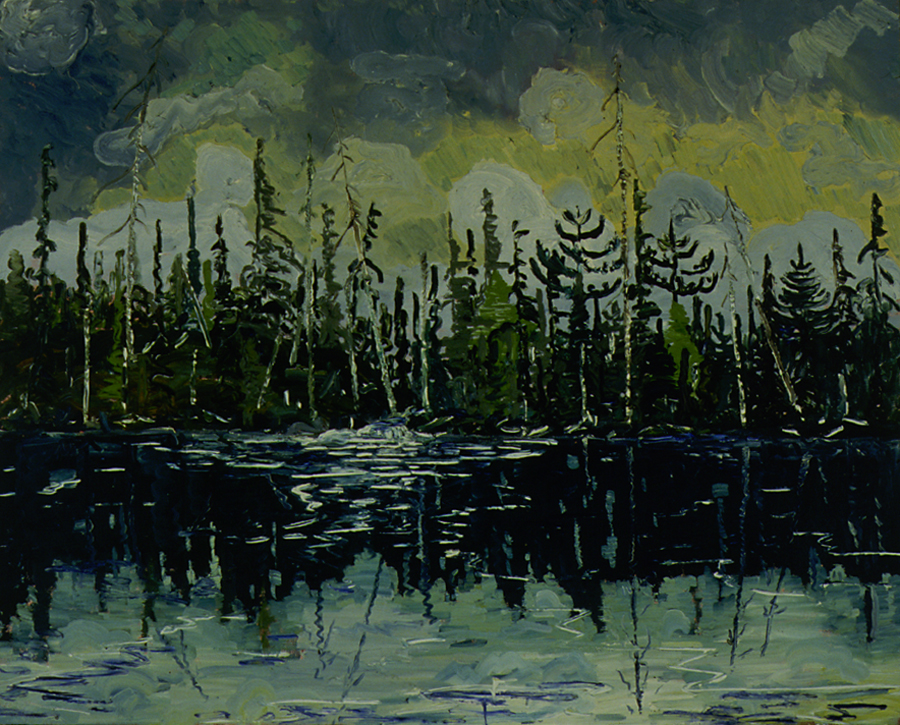 Since his solo exhibition, Red Pine Wild, in 2010 at the Bau-Xi gallery in Toronto, Cameron’s work has displayed an even more eccentric palette — a product of debilitating migraines that began to plague him later in life, which he described as explosions of colour in his brain — and concentrated largely on Pouch Cove, Newfoundland. Combining the tradition of Tom Thomson style landscapes with a bright palette and impasto application, these works display an evolving yet sustained interest in the malleability of paint and vibrancy of the Canadian landscape.