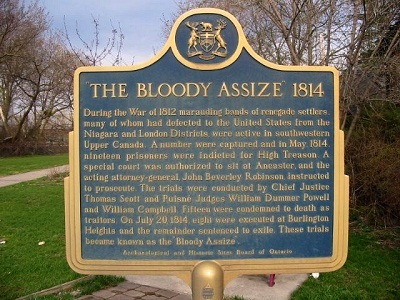 Although most of the inhabitants of Upper Canada either fought for the defence of their colony or remained neutral in the War of 1812, there were men in almost every part of the province who sympathized with the Americans. Some openly joined the invading American forces, while others crossed the border into the United States.

In November and December of 1813 Canadian militia surprised a group of marauders in a house near Chatham, Ontario. Among the prisoners were 15 residents of the province.