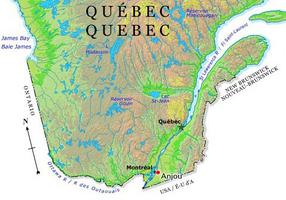 First part of the parish municipality of Saint-Léonard-de-Port-Maurice from 1886 to 1916, it was set up as a separate municipality in 1916 and incorporated as a city 50 years later. The name recalls the old French province of Anjou, located southwest of Paris, a relatively short distance from the Atlantic seaport of Nantes. Many ancestors of today's French Canadians originated from that part of France.

This residential suburb of Montréal is known for its parks, trees and overall green spaces. It contains a large industrial park specializing in furniture and textile firms as well as food processing and transport equipment manufacturing establishments.