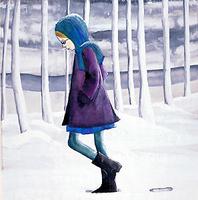 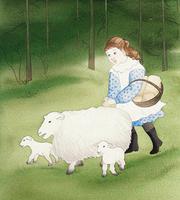 Ann Blades, author and illustrator (b at Vancouver 16 Nov 1947). One of the foremost contemporary illustrators of children's stories, Blades received the CLA Book of the Year for Children Award for Mary of Mile 18 (1971), her first book. Set in northern British Columbia, it is based on the life of a child she taught. A Boy of Tache (1973) is also based on northern experiences. The Cottage at Crescent Beach (1977) and Back to the Cabin (1996) are summer vacation stories drawing on her own and her children's experiences.

Ann Blades's illustrations for Betty Waterton's A Salmon for Simon (1978), set in a native fishing village, received the Canada Council Children's Literature Prize. By the Sea: An Alphabet Book (1985) won the Elizabeth Meazik-Cleaver Award for Illustration. Her more recent works, including Ida and the Wool Smugglers (1987), A Ride for Martha (1993), Pond Seasons (1997, texts by Sue Ann Alderson) and A Dog Came Too (1993, text by Ainslee Martin), depict British Columbia in the 19th century. Ann Blades's watercolour illustrations have been praised for their evocation of landscape and the emotions of young children confronting the problems of their daily lives.