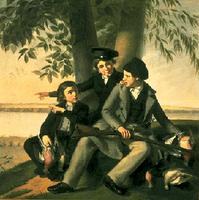 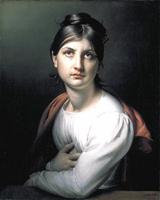 Antoine Plamondon, painter (b at Ancienne-Lorette, Qué 29 Feb 1804; d at Neuville, Qué 4 Sept 1895). After a 6-year apprenticeship with Joseph Légaré, Plamondon left for Europe in 1826. He studied in Paris under J.B. Paulin Guérin, official painter to King Charles X. Returning to Québec in 1830, he specialized in portraits of the bourgeoisie and copies of religious works. In 1838 the Literary and Historical Society of Québec awarded him a medal for his portrait Zacharie Vincent, le dernier des Hurons, which was bought by Lord Durham, and the following year he exhibited in the House of Assembly his famous Stations of the Cross intended for Notre-Dame de Montréal. In 1841 he painted 3 remarkable portraits of nuns, including Soeur Saint-Alphonse. He taught drawing in various educational institutions and counted Théophile Hamel among his disciples.

A fervent polemicist, Plamondon frequently wrote to the newspapers to argue his pictorial ideas and attack his rivals. In 1851, a year after winning a first prize with his Chasse aux tourtes at the Exposition de Québec, he moved his studio to Neuville, about 30 km upstream from Québec. There he continued painting until the 1880s, turning out a stream of religious paintings of uneven quality and portraits copied from photographs. His long career was crowned in 1880 when he was named founding VP of the Royal Canadian Academy of the Arts. 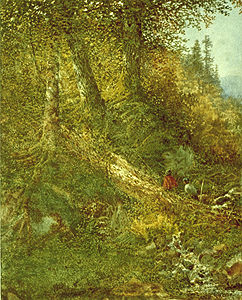