Arthur Brooke, career soldier (b at Ireland 1772; d at London 1843). Colonel Arthur Brooke is best remembered as one of the two key British commanders during the Battle of North Point (part of the Battle of Baltimore) in the War of 1812.

In 1792 Brooke joined the British Army as an ensign in the 44th Regiment, where he stayed for most of his career. He served during the campaigns against Revolutionary France in 1794 and 1795, rising through the ranks as Europe became embroiled in the Napoleonic Wars. He made captain during his service in the West Indies, and was promoted to major during the Egyptian campaigns 1801-1802. While serving in Malta from 1804 to 1812, he became lieutenant colonel and commander of the regiment. He made full colonel while serving in Spain during the vicious Peninsular War.

Service During the War of 1812

With the abdication of Napoleon in 1814, Brooke and his regiment were ordered to North America and served alongside Major General Robert Ross during the campaign on Chesapeake Bay during the War of 1812. Brooke commanded the right flank at the Battle of Bladensburg that opened the route to the US capital.

Brooke was Ross's second-in-command at the landing at North Point on 11 September 1814. When Ross was killed by a sniper's bullet, Brooke took command. After suppressing the initial American skirmishers, Brooke delayed his attack on the American militia forces commanded by Brigadier General John Stricker. The unusual cut of the American militia's uniform led Brooke to assume they were regulars.

Brooke prepared a well-considered but ponderous attack on the US forces. Artillery was brought in to silence US guns, and Congreve rockets to spread terror on Stricker's infantry, with the final goal of surrounding and annihilating the main body of men. While the artillery and rockets wreaked havoc on the Americans, Brooke faced staunch resistance from the militia at Bread and Cheese Creek.

As night fell, and the Americans were safely behind the creek, Brooke halted his attack. His hesitation allowed the Americans to slip into the night and assume defensive positions around Baltimore. The next morning, Brooke's forces encountered American obstacles in the brush and thick trees of Godly Wood, forcing them to a slow march and buying the Americans more time. When Brooke and his men emerged, they faced a dire sight: well-entrenched defenses, manned and armed, as well as batteries of artillery to protect the eastern approaches to Baltimore. Brooke issued a quick reconnaissance and discovered that the northeast of the city was the most vulnerable. He chose it for an attack, but his efforts were thwarted by mobile American forces blocking his path.

The Failure at Fort McHenry

Desperation mounted. Brooke had lost a day, and now his back was to the wall. He considered a night attack, but it was risky and dangerous. If the assault were to be successful, it required a series of almost clockwork actions. They would have to launch a diversionary attack, and Admiral Cochrane's naval guns at Patapsco would be needed to quell Roger's Bastion, a station of 20 guns south of the proposed diversion.

But Cochrane's naval forces met with failure at Fort McHenry, and his attempt to disembark men to bolster Brooke against the US was also quashed. Without these pieces in place, an assault against the Americans was all but doomed. Brooke consulted with Admiral George Cockburn, who had accompanied Brooke during the invasion, and withdrew his men.

The failed campaign against Baltimore would be Brooke's last battle. While he stayed in the army, and eventually became a lieutenant general, his career as a front-line soldier, already coloured by victories in Europe, ended in bitter disappointment against his American foe. 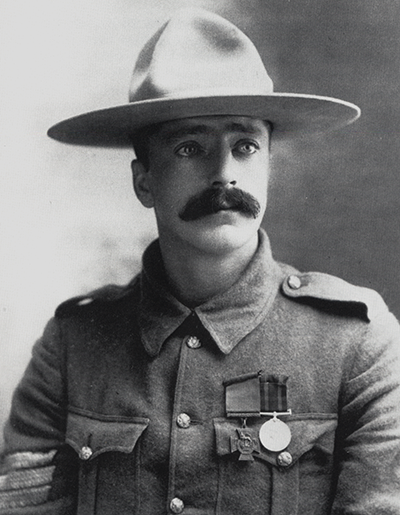