Arthur Michaud, tenor, teacher (born 1892 in Northampton, Massachusettes; died 25 February 1942 in Hollywood, California). Born in the United States to Canadian parents, Arthur Michaud studied Commerce at the Collège Mont-St-Louis in Montréal (1904–08) and served as a soloist at the Notre-Dame Basilica. He completed his training in Milan and Paris, and with Marie Lehmann in Berlin. Upon his return he gave a recital on 11 October 1923 in the hall of Mont-St-Louis but left soon thereafter to take up residence in New York, where he sang and taught until 1936.

His first role with the New York Symphony Society in 1925 was that of Jacquino in Fidelio in a performance conducted by Walter Damrosch. His voice and delivery aroused considerable enthusiasm and many praised a “timbre volume and sonority reminiscent of Caruso” (Le Droit, May, 1929). Michaud visited Montréal to sing the title role in the premiere of Raoul Brunel’s La Vision de Dante on 12 February 1924, and until 1930 he gave concerts regularly in Ottawa, Québec City, Rimouski and other Quebec centres.

Michaud was heard on several occasions on US and Canadian radio stations, and in November 1926 he gave a recital at Town Hall in New York. On 12 April 1930, he gave a gala concert in New York in the presence of Paul Claudel, then French ambassador to the United States. Also in 1930, Michaud married the soprano Ethel Killion. In 1936 he moved to Hollywood, where he taught until his death.

See also: Music of the United States of America. 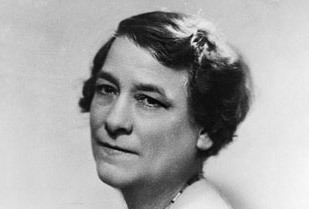