A.S. (Augustus Stephen) Vogt. Choir conductor, administrator, educator, organist, pianist, b Washington, near Kitchener-Waterloo, Ont, of German and Swiss parents, 14 Aug 1861, d Toronto 17 Sep 1926; FRCO, honorary D MUS (Toronto) 1906. He received his early education in Elmira, Ont (where his family settled in 1865), and at 12 became the organist at St James Lutheran Church, playing an instrument made by his father, George Vogt, a pipe organ builder who had left Germany after the 1848 revolution. After studies in 1877 in Hamilton, Ont, with L.H. Parker, the younger Vogt in 1878 became organist at the First Methodist Church, St Thomas, Ont. He went to Boston to study 1881-4 at the New England Cons under S.A. Emery and H.M. Dunham and there met Calixa Lavallée. He continued his studies 1885-8 at the Leipzig Cons with Salomon Jadassohn, Willy Rehberg, Carl Reinecke, Adolf Ruthardt, and others and often heard the famous choir at the Thomaskirche, directed by Gustav Schreck. Settling in Toronto, Vogt served 1888-1906 as organist-choirmaster at Jarvis St Baptist Church, where his choir became known for its unaccompanied singing. He taught piano and organ at the Toronto College of Music, at several ladies' colleges, and after 1892 at the TCM. He was Toronto secretary 1889-92 of the first Canadian College of Organists and president 1893-5 of the Canadian Society of Musicians. He was the only Canadian organist to perform at the 1893 Chicago World's Fair. In the mid-1890s he was the music critic for Saturday Night, writing under the pseudonym 'Moderato.' Vogt and other leading Toronto musicians waged a heated attack against the Associated Board examinations in the late 1890s.

In 1894 Vogt founded the Toronto Mendelssohn Choir, initially drawing most of the personnel from his choir at Jarvis St Baptist Church. He suspended the choir's activities 1897-1900, mainly to devise the kind of long-range strategy (including annual auditions for all members) which would ensure its healthy perpetuation. Resuming leadership of the reconstituted choir, Vogt soon developed it into one of the finest in North America. In 1902 he became the first choir director in Toronto to present annual festivals in conjunction with major orchestras. Those he employed most often were the Pittsburgh Orchestra and the Chicago (Theodore Thomas) SO. Katherine Hale (Canadian Magazine, February 1909) described him as a magnetic conductor with 'Napoleonic qualities of concentration [and] assimilation, and great determination.' By the time he resigned (in 1917, owing to increasing pressures at the TCM, of which he had become principal in 1913) he had gained an international reputation as a conductor.

A gifted administrator, Vogt devoted the remainder of his life to the TCM, which under his principalship became one of the largest such institutions in the British Empire, establishing examination centres throughout Canada. During a European sojourn (May 1912-April 1913, ostensibly to arrange for the Mendelssohn Choir a tour subsequently made impossible by World War I) Vogt had visited leading European music schools, and undoubtedly his keen assimilative and organizational mind had perceived ways in which their systems could be adapted for use by the TCM. Until 1921 he also made adjudicating trips to western Canada and was very much concerned with providing opportunities for competition. After establishing a closer liaison between the TCM and the University of Toronto, Vogt helped plan the faculty of music at the university and in 1918 was appointed dean.

Vogt was honoured in various ways after his death. In 1928 a memorial scholarship was set up by former TCM students, and a Vogt Choir (conducted by a pupil, Richard Greene) was established in Guelph. In 1929 the Mendelssohn Choir placed a memorial window in St Paul's Anglican Church, Toronto, and a 1917 oil portrait of Vogt by Wyly Grier hangs in the RCMT. In 1936 the Vogt Society was founded in Toronto. 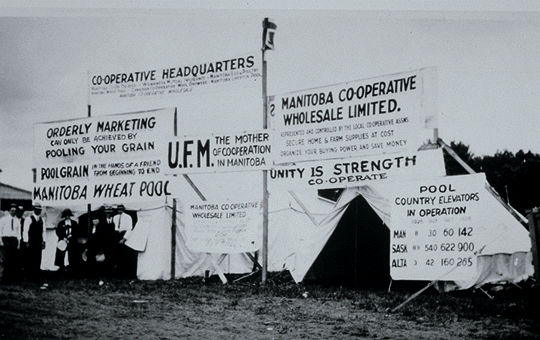