Long before formal study of plants began in Canadian academic institutions, they were studied by explorers and talented amateurs. The vegetation of Canada was first known through descriptive reports of travellers, then through the exporting of seeds and bulbs for cultivation in Europe, and finally through collection and distribution of herbarium specimens.

The first references are a few names in vernacular in Icelandic sagas; the Norse are now known to have travelled as far as northern Newfoundland, Labrador and Baffin Island. From descriptions and vernacular names in the reports of Jacques Cartier's voyages, it is possible to recognize 35-40 species of eastern Canadian plants. Cartier also brought back seeds and is known to have introduced white pine (Pinus strobus) and white cedar (Thuja occidentalis) to European gardens. Further progress was slow, but in 1576 Clusius provided the first formal descriptions of the following Canadian plants: common milkweed (Asclepias syriaca) and pitcher plant (Limonio congener, now known as Sarracenia purpurea).

In 1623 a series of 27 Canadian species were given scientific names by C. Bauhin; identification was based on cultivated materials, and specimens are found today in the herbarium at Uppsala, Sweden. The source is stated to be an unnamed apothecary, but circumstantial evidence points to Louis Hébert, the first European to cultivate land on the St Lawrence River, who resided in Paris for a few years after his travels in Acadia.

About 60 Canadian plants were described, named and illustrated by Jacques Cornuti in his Canadensium Plantarum Historia (1635). The descriptions were based on material cultivated in the garden of V. Robin, and brought over by a French navigator (probably Champlain, who took with him plants from his garden when he left Québec in 1629). Other plants are occasionally noted in the reports of Gabriel Sagard and other travellers and in the Jesuit Relations. The next principal source is the Histoire véritable et naturelle ... de la Nouvelle-France ... (1664) by Pierre Boucher, in which about 50 (mainly woody) plants are discussed. His botany was analysed by Jacques Rousseau in 1964.

Herbaria originated in Europe around 1570, but this research tool was not to play a role in Canada until a century and a half later. Michel Sarrazin, appointed Médecin du Roi for New France and correspondent of the French Academy, took his post at Québec in 1697. He collected his first herbarium specimens at Plaisance in southern Newfoundland. Every year Sarrazin sent written observations and specimens to his correspondents at the Paris Academy. From his first shipment, J.P. Tournefort in 1700 described 8 new plant species. Later shipments went to Sébastien Vaillant and B. Jussieu.

Some 16 new species were published from 1700-16; otherwise, Sarrazin's botanical work remained largely unpublished. It is now known from a manuscript draft of about 1708 which describes about 225 species and was annotated and published in 1977. Sarrazin's specimens are in the Muséum National d'Histoire Naturelle, Paris.

Sarrazin's contemporary, W. Hay, a ship's surgeon, collected in Newfoundland in 1699; his specimens are at the British Museum, London. The same year, another surgeon, Dièreville, came to Acadia and collected some 25 specimens, one of which is now known as Diervilla lonicera, the bush honeysuckle. The 3-volume Histoire et description générale de la Nouvelle-France (1744) by P.F-X. de Charlevoix contains some plant information, including a botanical appendix (largely based on Cornuti) and describes 3 new species contributed by Sarrazin.

The next king's physician, J.F. Gaultier, arrived in 1742. A few of his botanical discoveries were published by D. DuMonceau but his botany is mostly known through 400 pages of surviving manuscripts. He accompanied Pehr Kalm during his 1749 Canadian expedition, which provided C. Linnaeus with most of his Canadian material (about 200 species) included in his Species Plantarum (1753). In 1755 the Hôtel-Dieu, Québec City, was destroyed by fire. Losses apparently also included the herbarium of Sarrazin and Gaultier. Duplicate specimens have been found at the Muséum National d'Histoire Naturelle, Paris.

André Michaux arrived in North America in 1785, primarily to study trees, and was responsible for introducing to Europe various native Canadian species. In 1792 he spent 3 summer months collecting plants in Lower Canada and as far north as Lake Mistassini. Returning to France in 1796, Michaux took with him a large herbarium, a manuscript on flora and a monograph on oaks. The flora contains 1720 species, hundreds of them new and about 520 from Lower Canada and the Illinois country.

The Michaux flora, published posthumously in 1803, seems to have evoked little interest in Canada, but in the US it was a pattern-making publication and the source of an intellectual explosion. By providing better coverage of the vegetation and by eliminating all extraneous species, it was more practical than the world floras then in use. Within 11 years, Frederick Pursh came out with a flora of North America containing more than 3000 species. Pursh moved to Canada intending to prepare a flora of Canada, but died in Montréal (1820) without completing it.

A.F. Holmes, founder and future dean of the Faculty of Medicine at McGill, collected plants in the Montréal area from 1821-25. His herbarium remained in Canada (McGill). The only earlier surviving herbarium retained in Canada, that of A.M. Percival, is now with Agriculture and Agri-Food Canada in Ottawa.

William J. Hooker was a man of encyclopedic botanical knowledge. His personal herbarium (about one million sheets) was acquired by Kew Gardens, London, in 1867. In about 1820 Hooker became interested in the flora of Canada and contacted local amateurs (eg, A.M. Percival, Harriet and William Sheppard and Lady Dalhousie, who collected in Nova Scotia starting in 1816, then Québec in 1820 and later). With the co-operation of the Hudson's Bay Co, he was able to send a number of natural history explorers to North America, including John Goldie, T. Drummond, D. Douglas and J. Richardson.

From this accumulated material, Hooker produced a 2-volume flora in 1840; because of its high cost, it was out of reach of all but the wealthiest amateurs. Léon Provancher's flora was published in 1862; the catalogue of John Macoun in 1883-1902. Macoun's herbarium, Canada's largest at the time, now forms the basis of the National Herbarium in Ottawa.

An outstanding characteristic of Canadian botany in the 19th and early 20th centuries is the domination by American botanists (F. Pursh, T. Nuttall, J. Torrey, A. Gray, A. Wood, N.L. Britton, M.L. Fernald, P.A. Rydberg, L. Abrams, etc). Other foreign contributors were also important: a flora of Labrador was published in Germany by E. Meyer; the Yukon was included in a 10-volume flora by E. Hultén, a Swede; Hooker has already been noted; N. Polunin, a British citizen of Russian origin, wrote a flora of the eastern Arctic; I. Hustich, a Finn, compiled a list and physiogeographic study of Labrador.

Canadians were not, however, totally absent from the scene. George Lawson was appointed professor of chemistry and natural history at Queen's in 1858. He was primarily interested in botany and was instrumental in founding the Botanical Society of Canada before leaving to become professor of chemistry at Dalhousie. H. Reeks compiled a list of the flora of Newfoundland in 1873. In 1893 A.C. Waghorne began publishing a list for Labrador, Newfoundland and Saint-Pierre and Miquelon.

J.W. Dawson, an outstanding palaeobotanist, published mainly in the Proceedings and Transactions of the Royal Society of Canada. A.W. Lindsay published a list of Nova Scotia plants in 1875. Various lists and studies of vascular plants of Nova Scotia were also published, mainly by G.U. Hay and A.H. MacKay. A group of amateurs studied the flora of New Brunswick and the results were compiled by W.J. Fowler in lists published in 1878 and 1885. PEI was the last Atlantic province to have its list published (by F. Bain in 1890).

Thus, at the turn of the century, Canadian botanists were still primarily concerned with lists and inventories. Not much had been done outside the field of floristics (except for Dawson's work in palaeobotany). Another noted 19th-century palaeobotanist was D.P. Penhallow of McGill, who also authored papers on botanical history and bibliography.

In the early 20th century numerous local centres of activity arose gradually in each province: most in universities, some in museums and a few in government laboratories. In the late 19th century in Canadian universities, broad scientific disciplines (eg, natural history, natural sciences, physical sciences) began to be divided into more specialized subject areas. Plant studies first came under the auspices of biology departments, which subsequently split, in some universities, into departments of botany and zoology.

In mycology (the study of fungi), the main centre has been the Department of Agriculture (now Agriculture and Agri-Food Canada) in Ottawa, since D.B.O. Savile was principal mycologist (1957-75). For a time, the University of Manitoba was also very active. Under A.H. Buller (appointed professor of botany in 1904) and G.R. Bisby, much research was carried out and basic surveys of the fungi of Manitoba and Saskatchewan were published. Buller's Research in Fungi (7 vols, 1909-34) became a standard authority.

An outstanding amateur, John Dearness, of London, Ont, had a herbarium of 50 000 specimens and published taxonomic papers while participating in the studies of the Winnipeg group. More recently, R. Pomerleau has published a monumental work, Flore des Champignons au Québec.

Bryology (the study of liverworts and mosses) and lichenology (study of lichens) have attracted professionals and amateurs. Among the amateurs, Ernest Lepage, an outstanding botanical explorer (Labrador to Alaska), contributed to both bryology and lichenology. His herbarium and botanical library were left to Laval.

Phycology (study of algae) is currently a very active field in both marine and freshwater ecosystems. Desmids were the subject of major contributions by Frère Irénée-Marie, starting in 1939. Cytotaxonomy is practised in many places, especially in Ottawa, where H.A. Senn assembled an active team soon after WWII. The outstanding team of A. and D. Löve worked in Winnipeg and then Montréal before moving to the US in 1962. In these and other fields, workers are scattered across Canada in university departments of botany or biology and government laboratories.

Amateurs have also contributed to scientific botany, mainly in the fields of floristics, taxonomy and ecology. J. Dearness and E. Lepage have already been mentioned; others include A.H. Brinkman, a bryologist working in Craigmyle, Alta; H. Dupret, also a bryologist, in the Montréal area; W.C. McCalla, a schoolteacher, amateur photographer and outstanding plant collector in southern Ontario and Alberta; Frère Rolland-Germain, a keen field botanist and constant companion of Frère Marie-Victorin, whose Québec and Ontario collections are outstanding; N.B. Sanson, a park naturalist in Banff; G.H. Turner, a retired physician in Fort Saskatchewan, Alberta. At least 10 others have herbaria of 10 000 or more specimens.

Many amateurs eventually became leading professionals; eg, Macoun, A.E. Porsild and Marie-Victorin. Marie-Victorin's herbarium (65 000 specimens) is now part of the herbarium of the Université de Montréal's Institut Botanique which, with holdings of 730 000 specimens, is the largest outside Ottawa. 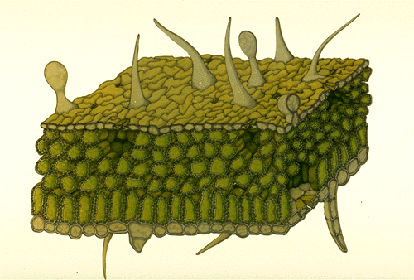 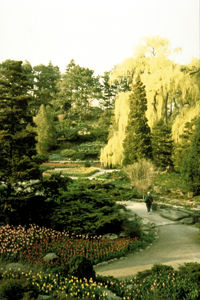