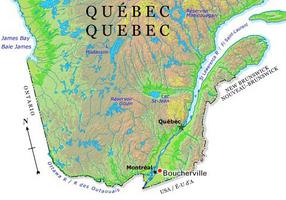 Boucherville, Qué, pop 36 253 (2001c), 34 989 (1996c), incorporated as a city in 1957, is now a borough of the new city of Longueuil, created in January 2002 by the amalgamation of 8 distinct municipalities. Boucherville stretches for 7 km along the South Shore of the St Lawrence River connected to Montréal by the tunnel-bridge Louis-Hippolyte-Lafontaine (1967).

Boucherville is one of the oldest municipalities in Québec. In 1668, Pierre Boucher began farming in the area and 4 years later received his seigneury, consisting of Îles-Percées and the adjacent islands. Boucher secured the community against Iroquois attack by constructing a palisade. In 1843 a tragic fire destroyed almost the entire village. In 1856, Boucherville divided into 2 distinct municipalities: village and parish. In 1956, the parish lots with frontage on the St Lawrence River rejoined the village and a year later Boucherville was incorporated as a city. In 1963, the remaining territory of the municipality of the parish and the city of Boucherville merged. In 2002, Boucherville lost its municipal status when it was amalgamated into the new city of Longueuil.

The former city grew considerably after incorporation. Between 1951 and 1961 the population increased from 3030 to 8182; by 1971 it was 19 997. Boucherville became an economic centre of the Montérégie region as the tunnel-bridge and the Trans-Canada Highway spurred the development of industry. Maison Louis-Hippolyte-Lafontaine (1766), the residence of the prominent mid-19th-century politician Louis-Hippolyte LaFontaine, is an art gallery and museum.