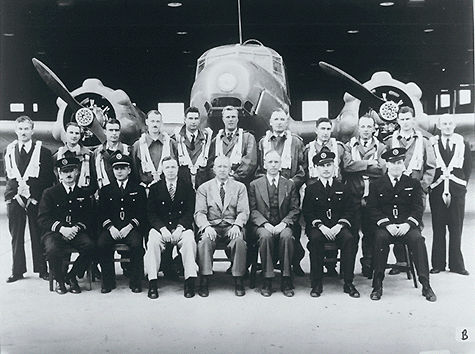 Canada had been the home of a major air crew recruitment and training program during the First World War— the Royal Flying Corps, Canada produced approximately 10,500 pilots, mechanics and aircraftmen for the war effort (see also The Great War in the Air). The British again looked to Canada for aviators when war loomed in Europe in the 1930s. Canada had an abundance of air training space beyond the range of enemy aircraft, as well as excellent climatic conditions for flying and immediate access to American industry (for aircraft and parts). It was also close enough to Britain to transport men and airplanes from Canada via the North Atlantic shipping lanes.

Prime Minister William Lyon Mackenzie King was at first cautious about the scheme and what might be required of the Canadian government. But he later saw the benefits of the program after Parliament declared war against Nazi Germany in 1939. After the BCATP agreement was reached on 17 December 1939, King was proud, believing his government had secured a critical role for Canada in the war, which did not require supplying a large land army.

Negotiating the plan had been difficult. Canada agreed to accept most of the program's costs but insisted that the British consent to a public pronouncement that air training would take precedence over all other aspects of the Canadian war effort. The British expected that the Royal Air Force (RAF) would absorb not only Commonwealth air training graduates without restrictions, but also Canadian graduates, as in the First World War. Instead, the King government demanded that Canadians be identified as members of the Royal Canadian Air Force (RCAF), by their shoulder badge.

The first recruits were accepted into the program on 29 April 1940, and the plan remained in effect, with few alterations, until 31 March 1945.

Between 1940 and 1945, air schools were set up in hundreds of communities across the country, in every province except Newfoundland (which was not yet part of Canada). The schools and airfields were staffed and operated by more than 104,000 Canadians, including thousands from the RCAF (Women's Division), which provided support services for the program.

The plan divided the country into four training commands. Alberta and Saskatchewan – under No. 4 Command headquartered first in Regina and later in Calgary – played a critical role in the plan. The southern parts of those provinces, with wide open skies, generally clear weather and large tracts of sparsely occupied land, provided the perfect conditions for air bases that needed many runways and lots of flying room for novice pilots.

The program required a huge mobilization of people and experts, as well as the construction of schools and airfields, and the purchase of aircraft. When the plan was announced, cities and towns began lobbying the federal government to be one of the locations. An air base would mean a lot to Depression-depleted local economies across Canada, especially on the Prairies. The promise of construction jobs, followed by continuous waves of trainees, a permanent staff with wages to spend in town, and jobs for civilians, was irresistible. Those hopes proved true. The headline in the Lethbridge Herald on 24 October 1941 was typical of many, as it declared of its small-town neighbour, "Vulcan Booming as Air Station Development Brings Big Payroll." Things were busier than during the biggest wheat boom, the article declared, and the BCATP school was responsible.

Official opening days for the bases usually took place after the stations had been running for some time. The celebrations were community events. Curious local residents toured the new buildings and got close-up views of the Tiger Moths, Avro Ansons, Fairey Battles and Bristol Bolingbrokes they had seen flying overhead. Opening day in High River, Alberta, was probably fairly typical. It featured speeches, tours, formation flying, and fancy flying with aerial loops, spins, and wing-overs. A dance and a midnight supper finished the celebration.

The BCATP brought air trainees from all over the world to small communities from coast to coast. Regina greeted its first trainloads of recruits with a marching band, an afternoon of sports, and a roast beef dinner. Throughout the life of the plan, communities organized recreational activities, invited the trainees into their homes, and helped furnish base games' rooms and libraries. The bases hosted sports days and carnivals, took part in wartime fundraising drives and concerts, and played local sports.

Canada administered and controlled the plan in accordance with standards and overall policy set by the RAF. The training program was carried out by the RCAF, supported by the Canadian Flying Clubs Association, commercial aviation companies and the federal Department of Transport. Training began on 29 April 1940 but was hampered at first by a shortage of aircraft, instructors and completed airfields.

After the fall of France in June 1940, the program was accelerated, and the first of a series of transfers of staff from RAF aircrew schools to Canada took place. In 1942, after the renewal of the agreement and the reorganization of the plan, all British units in Canada were integrated formally into the BCATP.

At the plan's peak, there were 107 schools and 184 ancillary units at 231 sites operating across Canada, staffed by 104,113 men and women and home to 10,906 aircraft. The Canadian government paid approximately $1.6 billion, nearly three-quarters the total cost of the overall plan ($2.2 billion).

By the end of its life in 1945, the program had graduated 131,553 pilots, navigators, bomb aimers, wireless operators, air gunners and flight engineers from the four founding partner nations, as well as other parts of the Commonwealth and the US. Graduates also came from several Nazi-occupied European countries including France (approximately 2,000 graduates), Czechoslovakia (900), Norway (680), Poland (450), and Belgium and the Netherlands (450). Training was risky, however, and fatal accidents happened. Some 856 BCATP participants lost their lives during training. 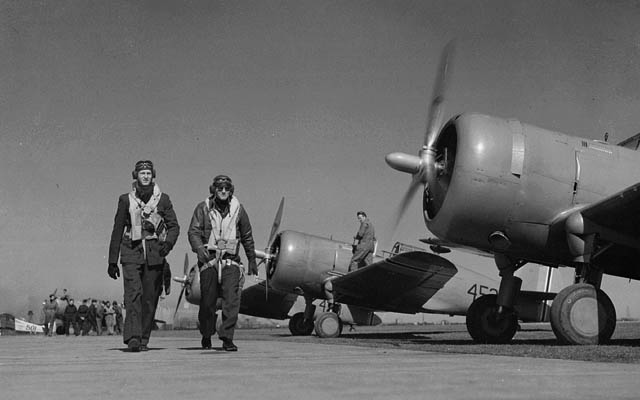 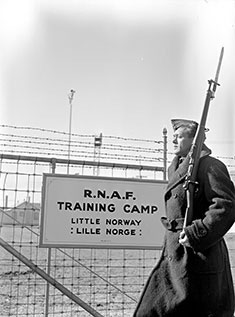 Almost half the total aircrew personnel who served in British and Commonwealth flying operations during the Second World War were graduates of the BCATP. The majority of graduates, nearly 73,000, were Canadian, who would go on to provide crews for 40 RCAF home defence and 45 overseas RCAF squadrons, as well as make up about 25 per cent of the overall strength of RAF squadrons. 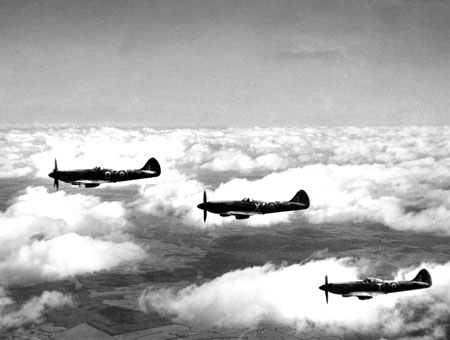 This enormous commitment to the air war overseas, and particularly to providing crews for Britain's Bomber Command, inevitably exacted a heavy toll in Canadian casualties – a result very different from Mackenzie King's original aim of making a large Canadian contribution, without a large sacrifice in lives.

The plan was so successful that by late 1943, there was a substantial reserve of trained men waiting for operational postings. As the war in Europe came to an end, and as schools began closing in 1944, their importance to many communities became clear. "Farewell and Good Luck," shouted the Claresholm Local Press, noting that while the closing of the town's BCATP school was a sad event, it coincided with an incredible optimism about the coming end of the war.

Friendships had been forged between townspeople and those posted to the school. Some young women would be leaving to start their new lives with airmen they had met during their training. Other couples were staying, having settled into the community. The communities' economic pictures would certainly change. When the training school closed, the payroll that had come with it, and the economic boost that provided, would end too.

Many of the communities hoped that the infrastructure left by the schools would be their ticket into the modern world of aviation. They were wrong. Most of the bases, especially in the smaller centres, were dismantled, the contents sold at auction, the airplanes scrapped or carted off, and some of the buildings hauled away.

At the same time, other facilities survived. The runways and airports in dozens of Canadian cities today, and also many of the country's military airfields, were once BCATP aerodromes.

In 2014, the BCATP Memorial was unveiled in Brandon, Manitoba, at the Commonwealth Air Training Program Museum. The memorial is etched with the names of 19,256 airmen and airwomen from Canada and the British Commonwealth who died in the Second World War.