Canadian Cultural Centre/Centre culturel canadien. Established in Paris by Canada's Department of External Affairs to foster the dissemination of Canadian culture. The centre is housed in an 18th-century private mansion at 5 rue de Constantine in the seventh arrondissement. Since the centre's establishment, in April 1970, music has been an important part of its activities. Its first director, Guy Viau, was assisted by the conductor Jacques Beaudry in arranging musical events. After Viau's death in 1971, Jacques Asselin carried on until the arrival of Gilles Lefebvre, who served 1972-8 in the position. Under Lefebvre's direction Michelle Proulx, responsible 1972-6 for music at the centre, established a music and record library representing Canadian composers and performers. The Canadian Music Centre and the CBC IS donated scores and recordings. A system was installed in the 150-seat auditorium to allow audiovisual transmission of public events in three other adjoining rooms.

In October 1970 the centre inaugurated its musical activities with a concert by the Ars Nova Ensemble conducted by Marius Constant and Jacques Beaudry and later broadcast by the ORTF. Canadian works on the program were Freedman's Fantasy and Allegro, Weinzweig's Divertimento No. 1, Joachim's Concertante No. 2, Papineau-Couture's Pièce concertante No. 3, and Prévost's Scherzo. Concerts and recitals were given at an ever-increasing rate by Canada's major performers, eg, the duo pianists Victor Bouchard and Renée Morisset, Maureen Forrester, Kenneth Gilbert, Joseph Rouleau, Hidetaro Suzuki, George Zukerman, and the Orford String Quartet. Informal encounter sessions were held with the composers Serge Garant, Bruce Mather, Jean Papineau-Couture, Clermont Pépin, André Prévost, and R. Murray Schafer. Another such session, consisting of an interview and recorded excerpts, was held with Jon Vickers in 1976. The centre also has welcomed many chansonniers, notably Robert Charlebois, Félix Leclerc, Claude Léveillée, and Gilles Vigneault. In May 1971, a concert by the Groupe international de musique électroacoustique of Paris presented Trakadie and Arksalalartôk by Micheline Coulombe Saint-Marcoux and in January 1973, the SMCQ Ensemble gave a concert of Canadian works. In 1976 in homage to Pierre Mercure on the 10th anniversary of his death, the Paul Kuentz Orchestra performed his Divertissement, and Lyse Richer-Lortie presented an illustrated lecture and an exhibition of his scores and other documents. Other exhibitions have featured such figures as Emma Albani (1981) and Glenn Gould (1986). The centre was among the organizations which helped coordinate the Musicanada project of November 1977 in Paris and London.

In 1973 Gilles Lefebvre instituted 'Musicroissants,' a series of concerts for parents and children devised along the lines of the successful 'Sons et Brioches' concerts in Montreal in 1972. The centre also has invited French hosts such as the critics Jacques Bourgeois and Maurice Fleuret. The center publishes an information bulletin on Canadian cultural activities in France. After Lefebvre the directors have been Aline Legrand 1979-81, Jean Herbiet 1981-5, and Yoland Guérard 1985-7, followed by Émile Martel, minister-advisor (Culture and Communication) at the Canadian Embassy, assisted since 1989 by Catherine Tait, cultural attaché. 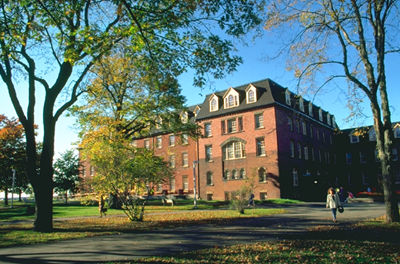