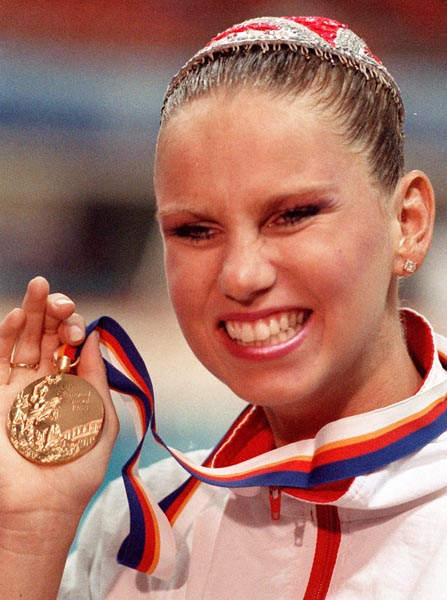 Canada's Carolyn Waldo celebrates her gold medal win in the synchronized swimming event at the 1988 Olympic games in Seoul.

Carolyn Waldo, OC, synchronized swimmer (born 11 December 1964 in Montréal, QC). At the 1988 Olympic Summer Games in Seoul, synchronized swimmer Carolyn Waldo became the first Canadian woman to win two gold medals at the same Games: in the solo event and in the duet with teammate Michelle Cameron. She received the Bobbie Rosenfeld Award in both 1987 and 1988 as best female athlete. In 1988, Waldo also received the Lou Marsh Trophy as best athlete in the country.

Carolyn Waldo began synchronized swimming at the age of 11, and within five years had won her first junior title in duet. In 1982, she joined the Calgary Aquabelles under coach Debbie Muir and went on to win many honours and medals at various levels. 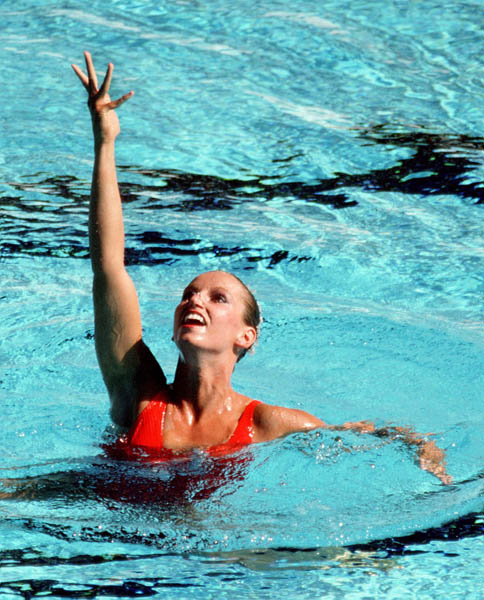 In 1984, Waldo competed in her first Olympics, winning silver in the solo event at the Games in Los Angeles. Two years later, she swept the 1986 world championships in Madrid with three gold medals: in solo, duet, and as part of the team event. She also won gold in the duet at the 1986 Commonwealth Games. 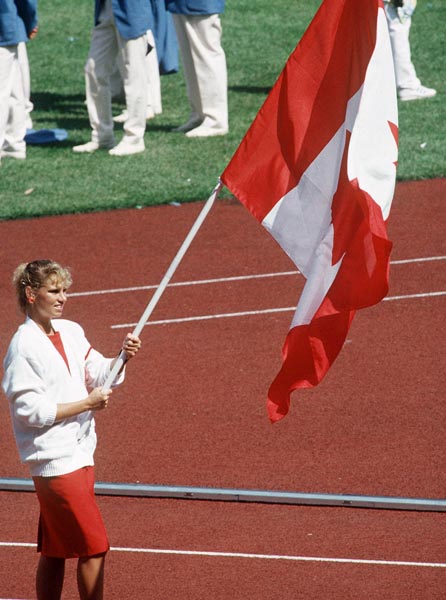 Canada's Carolyn Waldo carries the Canadian flag during the opening ceremonies at the 1988 Olympic games in Seoul.

At the Olympic Games at Seoul in 1988, Waldo carried the flag during the opening ceremonies. She went on to win the solo gold medal and teamed with Michelle Cameron to win gold in duet. (Both the solo and the duet were dropped after the 1992 Olympic Games, to be replaced with a team event; the duet was reintroduced for the 2000 Games.) 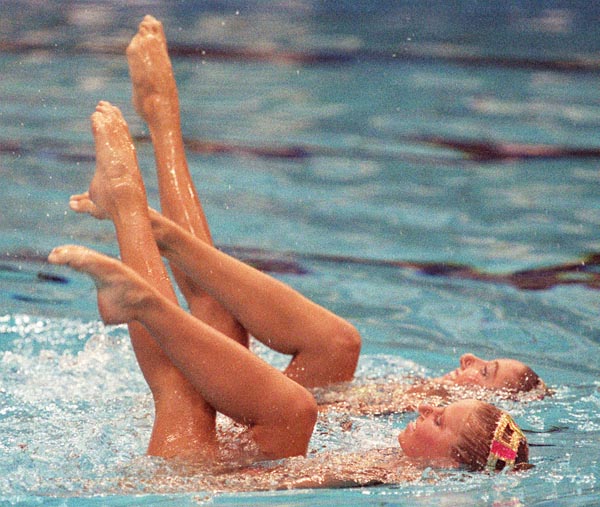 Canada's Carolyn Waldo (front) and Michelle Cameron compete in the synchronized swimming duet event at the 1988 Olympic games in Seoul. 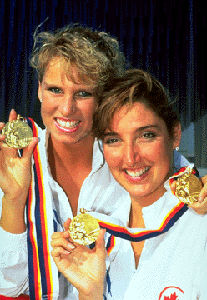 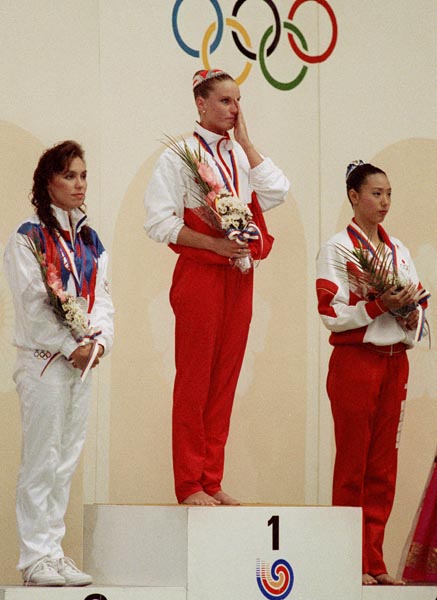 Waldo retired from synchronized swimming following the 1988 Olympic Games, and became a sports reporter for Ottawa television station CJOH/CTV Ottawa. In November 2015, she was laid off, one of many who lost their jobs at CTV due to concerns about declining revenues at Bell Media. Since then, she has worked as a public relations and media specialist.