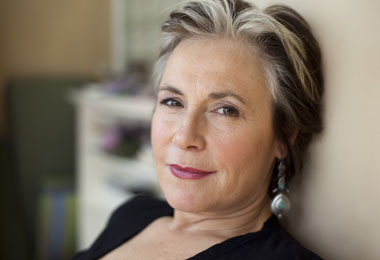 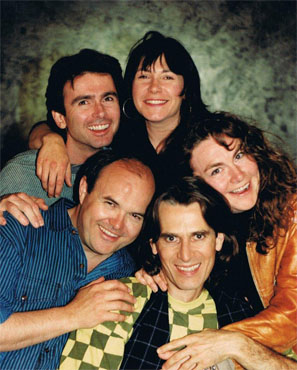 Catherine (Cathy) Jones, actor, writer (born at St John's 6 April 1955). Cathy Jones attended Holy Heart of Mary High School and by the age of 17 had joined the Newfoundland Travelling Theatre Company with her brother Andy for a summer of touring the province. She is Newfoundland's comic gift to the rest of Canada, regularly skewering the establishment, politicians and sacred cows. The youngest of a multi-talented family—brother Andy Jones is an actor and writer, and another brother, Mike Jones, is a noted filmmaker—Cathy Jones is one of the funniest women on Canadian television.

In 1973 she joined the Codco comedy troupe in Toronto, whose original members included Mary Walsh, Diane Olsen, Tommy Sexton, Greg Malone and Paul Sametz. Their first production, Cod on a Stick, Another Fun Food Show, was performed at Toronto's legendary Theatre Passe Muraille. It eventually took them back to St John's, where Andy Jones and Robert Joy joined them and they continued to perform together until 1976. For the next 10 years, Cathy Jones and the others worked together in various combinations until they formally regrouped for the CODCO television series, which debuted in 1988 and ran for five seasons on CBC-TV. The Codco series lineup included Cathy, her brother Andy, Greg Malone, Tommy Sexton, and Mary Walsh. Taped in Halifax and produced by Salter Street Films, it was an unqualified hit in the great tradition of Canadian sketch comedies such as "The Wayne and Shuster Show" and SCTV.

Cathy Jones then moved on to This Hour Has 22 Minutes (destined to become one of the longest-running shows in the history of the CBC), a homage to CBC's groundbreaking newsmagazine from the 1960s, This Hour Has Seven Days. Comedians Rick Mercer and Greg Thomey joined Jones and Walsh in the show's original incarnation in 1992. Cathy Jones's memorable characters include sexual-affairs commentator Babe ("I'm just goofin' around") Bennett; Joe Crow, the First Nations sage; and Mrs Enid, an elderly lady with plenty to say. Cathy Jones has also been seen in television episodes of G-Spot and The Republic of Doyle.

She has appeared in several films directed by her brother Mike Jones: The Adventure of Faustus Bidgood (1986), Secret Nation (1992) and the short Congratulations (2000); and in the black comedy Young Triffie (2007), directed by Mary Walsh. In 2002 she had her own television special, Cathy Jones Gets a Special, and she has written for Just for Laughs (2005), The Halifax Comedy Special (2005–05) and The Winnipeg Comedy Festival (2006).

In 2000, Cathy Jones received an honorary doctor of letters degree from Memorial University in Newfoundland.