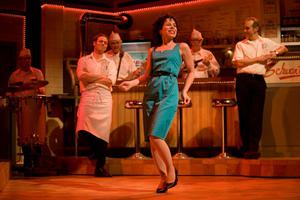 Centaur Theatre Company, Montréal's largest English-language theatre company, was founded in 1969 by the Centaur Foundation for the Performing Arts with Herbert C. Auerbach as president and founding chairman. Maurice Podbrey, a South African actor, director and former instructor at the NATIONAL THEATRE SCHOOL, was appointed as the company's first artistic director. Podbrey held this post until his retirement in 1997, when he was succeeded by director Gordon McCall. Roy Surette assumed the role of artistic and executive director in 2007.

Centaur Theatre began with an annual budget of $120 000, leasing a 220-seat auditorium in the Old Stock Exchange building at 453 St. François-Xavier Street in Old Montréal. In 1974, the company purchased this historic building and spent $1.3 million in renovations designed by architect Victor PRUS. The Old Stock Exchange theatre complex opened the following year with two theatres: the original playhouse, renamed Centaur 1 (C1), and a new theatre space named Centaur 2 (C2). The open- or end-stage playing area in C1 is 22 feet deep and 26 feet long with no main curtain and a mezzanine that runs the full length of the stage. C1's raked auditorium seats 250. C2, the larger theatre space, is a traditional proscenium theatre with seating for approximately 440. The stage is 68 feet wide and 23 feet deep, with a proscenium arch opening of 26 feet wide and 21 feet high.

Between 1996 and 1999, Centaur's theatre complex underwent a second series of major renovations costing approximately $2.1 million. Designed by Montréal architect Éric Gauthier, these renovations have greatly improved the comfort of the complex by providing barrier-free access and two art gallery spaces; they have also improved the aesthetics of the lobby, reception area and adjoining bar. Both C1 and C2 theatres were renovated to improve the lighting, sound and seating; the theatre space in C1 was made more adaptable and usable by making the mezzanine modular and removable, providing greater possibilities for stage design and fewer limitations for visiting productions.

Centaur Theatre's Canadian premiere of Jay Presson Allen's The Prime of Miss Jean Brodie in its founding year established the company as Montréal's pre-eminent English-language theatre company. The company has maintained this status by providing a regional program of productions by Montréal, Canadian and international playwrights and artists. On average, one classic is performed each year with notably few Shakespearean performances, largely due to production expense. To maintain budget the company employed students from Montréal's universities and theatre schools for its 1996 production Antony and Cleopatra, Centaur's first Shakespearean production in 20 years. By 2009 Centaur had presented only three more of Shakespeare's plays, which might be attributed to the company's shift in focus under McCall's leadership in addition to budgetary restrictions.

Until the late 1990s, Centaur's programming mainly emphasized contemporary international drama, including productions by Edward Albee, Brian Friel, David Mamet, Tom Stoppard and Paula Vogel, among others. One of Podbrey's greatest achievements as artistic director was to make the company an instrument for familiarizing Canadian audiences with the South African playwright Athol Fugard, producing People Are Living There (1975), Sizwe Banzi Is Dead (1976), The Island (1978), A Lesson From Aloes (1980) and The Road To Mecca (1988).

Centaur has also participated in many international collaborations, a highlight of McCall's tenure. The artistic director of Ireland's Abbey Theatre directed three plays for Centaur between 1999 and 2002, and in return McCall directed the first-ever Canadian play for the Abbey, Michel TREMBLAY's For The Pleasure of Seeing Her Again, in 2002. Other collaborations have occurred with theatre companies in Washington, D.C. and Melbourne, Australia.

While promoting Canadian content was not initially an explicit part of its mandate, Centaur has always been instrumental in encouraging and developing Canadian playwrights and producing Canadian works. Among the company's most important contributions to Canadian theatre is Podbrey's discovery of and commitment to playwright David FENNARIO, Centaur's first playwright-in-residence. A great number of Fennario's plays have been produced by Centaur as world premieres, including On The Job (1975), Nothing To Lose (1976), Toronto (1978), Moving (1983), The Death of René Lévesque (1990) and Balconville (1979 and 1992), which toured across Canada and Europe. Fennario's play Condoville (2005) debuted at Centaur, marking Balconville's 25th anniversary by reuniting some of its original cast and characters in a story about the Montréal neighbourhood Pointe St-Charles' current struggle with gentrification. Other Canadian playwrights to have plays premiered at Centaur include Rick SALUTIN, whose Les Canadiens (1977) received its world premiere, and Vittorio ROSSI, whose The Chain (1988), Scarpone (1990), The Last Adam (1993), Love and Other Games (1995), A Carpenter's Trilogy- Hellfire Pass (2006), Carmela's Table (2006), The Carpenter (2007) and Paradise by the River (2010) were all first performed at Centaur. Morris PANYCH's In Absentia, directed by Roy Surette, concluded the 2011/12 season..

Since its creation, the biggest challenge for Centaur Theatre has been to reflect the changing reality of Montréal's community and to deal with the cultural diversity of the city's audience. While Centaur has successfully produced English translations of French plays, most notably the English-language world premieres of Tremblay's Encore une fois, si vous le permettez/For the Pleasure of Seeing Her Again (1998), L'état des lieux/Impromptu on Nuns' Island (2002) and Le passé antérieur/Past Perfect (2004), the company has historically been criticized for the small number of such productions and for not adequately participating in francophone culture. While the company has responded by presenting more translated works, the audience remains predominately anglophone. Illustrating Centaur's position within Québec's political and cultural arenas, C1 Theatre was the venue for Premier Lucien BOUCHARD's first post-referendum speech directed at the anglophone community in March 1996.

Under Gordon McCall's artistic directorship, Centaur refocused its artistic mission in an attempt to better reflect the company's local responsibilities to Montréal theatre artists and audience. In doing so, the company redefined its mandate to include an emphasis on presenting works by Montréal and Canadian playwrights. In addition to featuring more of these works in its subscription season, in 1997 Centaur initiated several local outreach programs designed to develop artists and audiences, including programs celebrating new and alternative talent and presenting multicultural staged readings. Key among these is the Wildside Festival, which showcases the work of up-and-coming Montréal theatre companies for two weeks each January. One of the biggest successes to emerge from Centaur's revised mission and mandate was Montréal playwright Steve GALLUCCIO's Mambo Italiano, which received its English-language debut at Centaur in 2002. (Though originally written in English, a French translation of the play by Michel Tremblay premiered first, in 2000 at Montréal's Théâtre Jean-Duceppe.) The critically acclaimed production toured to Toronto for a sold-out engagement later that year and was adapted into a successful film, released in 2003. The themes of the 2005/2006 and 2006/07 seasons, "Montreal Stories" and "Voices of Montreal," are a testament to McCall's enduring devotion to local talent. Indeed, during his 10 years at the helm of the company, Centaur produced over 20 world premieres of Montréal plays. In 2004, it was officially recognized as one of the top seven theatre companies in Québec by the Conseil des Arts et des Lettres de Québec. In 2006 it was the first English theatre company to win the Grand Prix du Conseil des arts de Montréal.

Given Centaur's transformation under McCall's leadership, many wondered who would be able to fill his shoes when he left, and indeed, the board's decision to appoint Roy Surette as his successor was a contentious one. Though he had extensive theatre experience in Western Canada, most recently running Victoria's BELFRY THEATRE for 10 years, his understanding of and ability to fit into Montréal and Québec culture, as well as his status as unilingual, have been openly questioned. The 2008/09 season, the first Surette programmed for Centaur, marked the company's 40th anniversary and featured a majority of Canadian works: the Montréal premier of the English-language translation of Wadji MOUAWAD's Scorched, on tour from Toronto's TARRAGON THEATRE; Montréal-born Linda GRIFFITHS' Age of Arousal; BC playwright Kevin Kerr's Skydive; and the world premiere of Bryden MACDONALD's With Bated Breath, set in Montréal.

In his subsequent seasons as artistic director Surette has carried on McCall's commitment to producing local and national work, programming on average 4 out of 6 plays per year by Montréal or Canadian playwrights on Centaur's mainstage. Highlights include the premieres of In Piazza San Domenico (2009/10), Gallucio's followup to Mambo Italiano; Schwartz's: The Musical, local comedy duo Bowser & Blue's theatrical adaptation of a book about the history of a popular Montréal deli (2010/11); and Yazmena Reza's internationally acclaimed God of Carnage (2011/12). Surette also continues to forge partnerships with both up-and-coming and established companies from across the country, such as Montreal's Scapegoat Carnivale and SideMart Theatrical Grocery, Toronto's CANADIAN STAGE COMPANY and Crow's Theatre, and Vancouver's ARTS CLUB THEATRE and Axis Theatre Company.

Centaur Theatre Company's seasons feature its now signature mix of local, national and international fare. Though its mandate has evolved over the years, Centaur remains one of Montréal's most popular English-language theatres and a fervent supporter of local talent.