William Charles Foran, writer, journalist and educator (born at Toronto, Ont. 2 August 1960). The son of a FRANCO-ONTARIAN mother and IRISH Canadian father, Foran was raised in Toronto. He studied English literature and history at the UNIVERSITY OF TORONTO and holds an MA in Irish Literature from University College, Dublin.

Foran's earliest published work was as a journalist and essayist for newspapers and magazines like SATURDAY NIGHT, at which he was a contributing editor. Though one of the country's finest essayists, the well-received Join the Revolution, Comrade (2008) is his only collection to date.

Foran's first book, Sketches of Winter: A Beijing Postscript (1992), draws on his experiences teaching in China to provide a fascinating portrait of the Chinese people in the months surrounding the Tiananmen Square massacre. The Last House in Ulster (1995) presents an intimate and sympathetic yet unsentimental portrait of a Belfast family that has been worn down by decades of civil strife and violence. Praised by Brian MOORE as a work depicting "two Irelands, two solitudes, in a tragic juxtaposition which, perhaps, only a Canadian can understand," the book received the 1995 QSPELL Prize for Non-Fiction.

The talent Foran has for capturing time and place carries over into his fiction. Set mainly in Montreal and Beijing, his debut novel, Kitchen Music (1994), is a haunting portrait of a couple who are both drawn to and repelled by an unshared past. The locales are shared in his second novel, Butterfly Lovers (1996), which won the 1997 QSPELL Prize for Fiction. His other novels include the thriller House on Fire (2001) and Carolan's Farewell (2005), an inspired imagining of the life of travelling 18th-century harpist Terence Carolan. In what is perhaps his most unconventional work to date, The Story of My Life (so far) (1998), Foran skirts memoir to evoke common sensory experiences of childhood.

Foran's most recent work has tended toward biography. He is best known for his celebrated, comprehensive life of Mordecai RICHLER, Mordecai: The Life and Times (2010), for which he received numerous awards, including the Charles Taylor Prize and a GOVERNOR GENERAL'S LITERARY AWARD for Non-Fiction. In Maurice Richard (2011) (SeeROCKET RICHARD), Foran looks at the life and career of the legendary HOCKEY player as a transformative influence on Quebec society, helping to set the stage for the QUIET REVOLUTION.

Charles Foran is the current president of PEN Canada. He lives in Peterborough, Ontario. 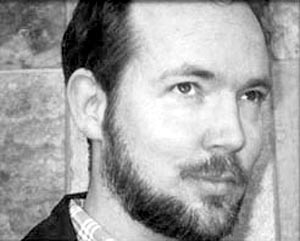