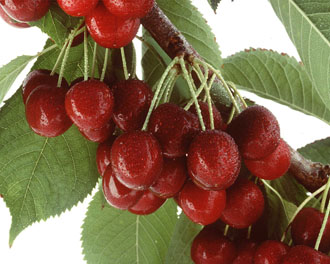 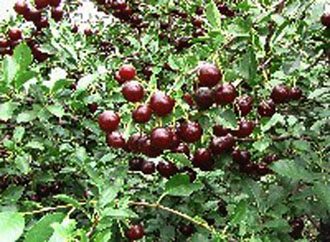 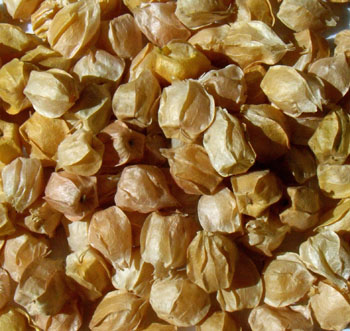 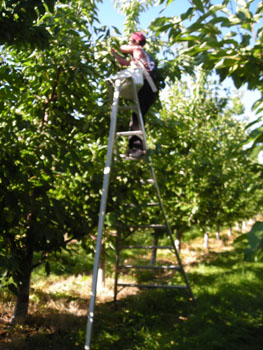 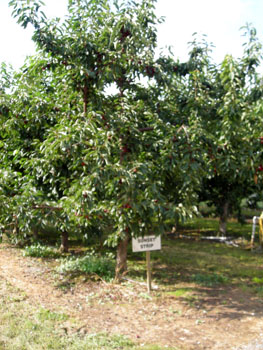 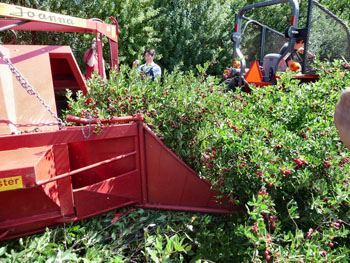 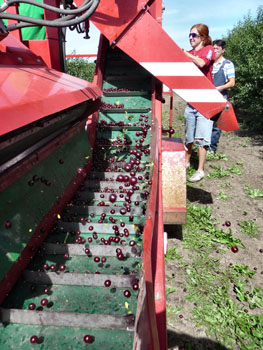 Cherry is the common name for certain members of genus Prunus of the rose family, which produce small, fleshy, single-stoned fruits. It is now generally accepted that the two species of cherries in world trade are P. avium (sweet cherry) and P. cerasus (sour cherry). Over 90 per cent of the production of sweet cherries is in southern British Columbia (Okanagan, Similkameen and Creston Valleys) and the remaining in southern Ontario (predominately in the Niagara Peninsula).

Cherry trees are tall, with reddish-brown bark, large tapered leaves, white blossoms and black, red or yellow, round or heart-shaped fruit. Cherries require a warm growing period with minimal rain during the fruit ripening period, especially for sweet cherries, to reduce the amount of rain-induced fruit cracking. Cherries also need a cool period to allow trees to meet their chilling requirement to ensure bud break in the spring.

It has been suggested that the sour cherry originated as a hybrid between the ground cherry and sweet cherry. Sweet cherries are native to Europe and western Asia; sour cherries, to Asia Minor. The spread of both sweet and sour cherries from the centres of origin was accomplished by animals, birds and humans. Theophrastus was the first of the Greek writers to mention cherries, about 300 years before the Common era. Pliny the Elder (23 - 79 CE), the Roman encyclopedist and author of Natural History, suggested that the Roman general Lucullus brought cherries back to Italy when he returned from the Pontus region in Turkey.

Sweet cherry trees and fruit buds are sensitive to winter frosts; blossoms, to spring frosts; and the fruit is susceptible to rain-induced cracking and to rot. Until recently all cultivars of sweet cherries were self-sterile and required selected pollenizers (i.e., another plant source of pollen). Self-fertile cultivars have been developed and are now being grown commercially. The main sweet cherry cultivars are Lapin, Sweetheart, Staccato, Van and Hedelfingen; sour cherry, Montmorency. Hardy prairie varieties include Evans and SK Carmine Jewel. 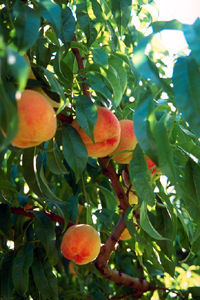 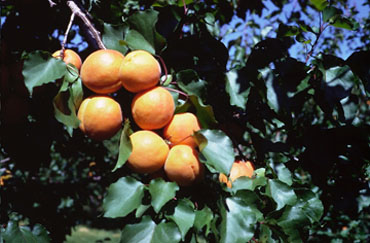 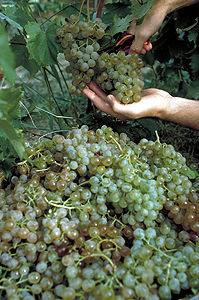