CINARS International Exchange for Performers/Conférence, then Commerce international des arts de la scène. Event promoting the performing arts, which was founded in Montreal in 1983 by Alain Paré, who was vice-president and director general in 1991. Established to assist show producers and impresarios of Quebec and elsewhere, CINARS brings together delegates from many countries and representatives of different media to attend sample showcases. Inspired by the Cannes Festival (for cinema), by MIDEM (for record and music publishing), and by the French Mid-TV (for television), CINARS is devoted to dance, theatre, song, and music in all forms, including multi-media performances. This biennial event has been held in Montreal, first at the Palais des Congrès (1984, 1986), then at the Spectrum (1988) and at the PDA (1988 and 1990), as well as at the Méridien Hotel, and at the Métropolis discothèque (1990). Founded to promote Canadian artists on the foreign market, CINARS has also began to present foreign artists in 1986. Among the participants have been Claude Dubois, Marc-André Hamelin, Bruno Laplante, Marjo, the ensemble Répercussion, Michel Rivard, Richard Séguin, the François Bourassa Trio, Alain Trudel, and the Karen Young-Michel Donato duo. 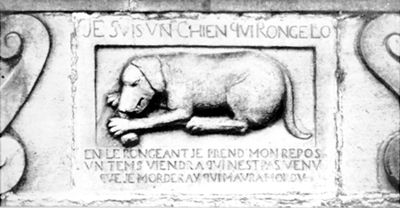 The Golden Dog (Le Chien d'Or), A Legend of Quebec