After graduating from Acadia ​University in biology in 1940, Fraser attended M​cGill University, where he received a Master of Science in 1941 and a PhD in genetics in 1945. Interested in genetics as applied to human conditions as well as the genetics of malformations in mice, he entered medical school at McGill and graduated in 1950.

Fraser started the first medical genetics clinic in a Canadian hospital at Montreal Children’s Hospital. In addition to sitting on numerous human-genetics committees, he served as president of the American Society of Human Genetics (1961–62), the Teratological Society (1962–63) and the Canadian College of Medical Geneticists (1980–83). In 1966, he was elected a Fellow of the ​Royal Society of Canada. He was named professor emeritus at McGill in 1985, and that same year became an Officer of the Order of C​anada. In 1999, the year of his retirement, he won the Quebec government’s Prix Wilder-Penfield for his contributions to biomedicine (see Pri​x du Québec). He was inducted into the Canadian Medical Hall of Fame in 2012.

A prolific and valuable contributor to the literature in his field, Fraser published more than 200 works dealing with the genetics of congenital malformations in mice and humans. His work greatly influenced a generation of physicians and geneticists.​ 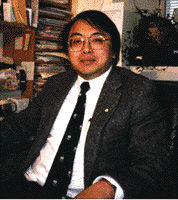