Originally called Passage Harbour by John Guyin 1612, the name “Come By Chance” was first recorded in 1706, perhaps in reference to the discovery of the harbour “by chance.” Despite the presence of a telegraph station in the early 1900s, the settlement was almost deserted by the late 1930s. It was then chosen as the site of a cottage hospital because of its central location in the Trinity Bay-Placentia Bay area.

Come By Chance gained national importance in the early 1970s with the building of a 16,000 m3 per day oil refinery. The $120-million petroleum complex included two 95,000 m3 crude-oil storage tanks, a railway spur track, a deep-water oil terminal, and the refinery itself, which produced its first oil in December 1973. However, after some equipment malfunctions and the loss of its feedstock supply, the refinery went into receivership and closed in 1976.

In July 1980, the idle refinery was sold to Petro-Canada, who then sold it for $1 to Newfoundland Energy Ltd. in 1986. The United States company, based out of Bermuda, reopened the refinery in August 1987. Ownership of the refinery has changed hands more than once since than, but continues to be a major employer. Come By Chance is also the site of one of Canada's busiest ports in terms of tonnage. 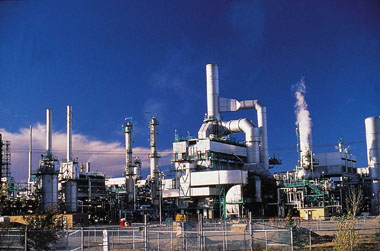