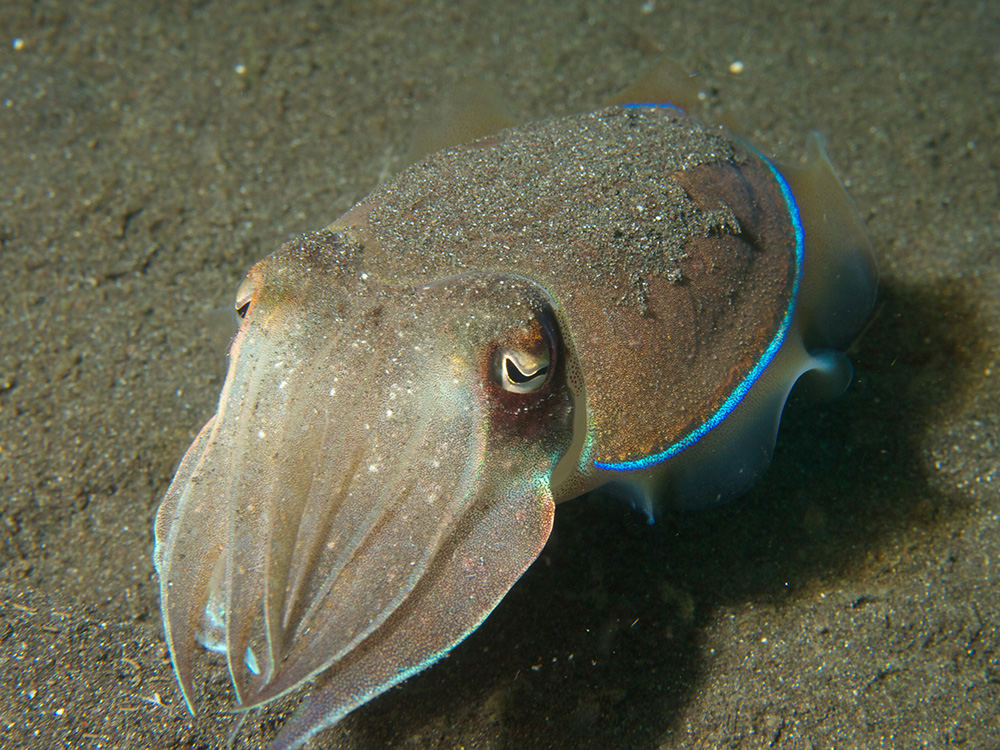 Cuttlefish, decapod ("ten-footed") mollusc of class Cephalopoda. Cuttlefish comprise over 100 species in genera Sepia and Spirula. They are characterized by porous, calcareous, internal shells, best known as cuttlebones, which are given to caged birds as a source of lime salts. The pores are gas filled to adjust the animal's buoyancy, and even dead shells float. Cuttlefish have oval bodies up to 60 cm long and look rather like flattened squid. Thousands of nervously controlled chromatophores (pigment-bearing cells) give them capabilities for camouflage and pattern formation, eg, mating males display a revolving zebra-stripe pattern unequalled in nature.

To escape predators, they darken, eject a gelatinous, cuttlefish-shaped, dark brown ink-blob decoy, turn pale instantly and swim away. Sepia ink, derived from and named for the organism, has been used as an artist's medium.