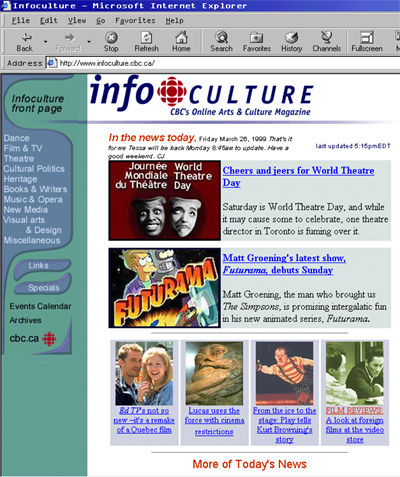 Traditionally, libel included defamatory written words, pictures, statues and films. Slander was a defamatory spoken word. Since the law regarded defamatory material which could be seen, and was in a "permanent" form, as more serious than the spoken word – which, by its nature, is "transient" – libel was a more serious tort than slander. For example, one could not succeed in most actions for slander unless actual damages were caused. This was not true for libel, where damages were always presumed.

With the advent of the electronic mass media, such as radio, television, and especially the internet, the difference between the written and spoken word has become less important. Widely disseminated speech can cause as much harm as something which is written down. As a result, some provinces have even eliminated any practical distinctions between libel and slander.

Succeeding in a Defamation Action

In order to succeed in an action for defamation, the claimant must prove three things. First, that the material is defamatory. This means that it lowers the person's reputation in the eyes of the "right-thinking" person.

Second, it must be proved that the material refers to the claimant. In other words, people who hear or see the material must realize that it is the claimant whose reputation has been tarnished. This requirement prevents many individual members of defamed groups from suing for defamation since it is the group itself that has been targeted. It is only where the claimant can prove that due to their role in the group, or the nature and size of the group that the claimant is identifiable, that a suit can succeed.

Third, it must be proved that the material is communicated to or published for someone other than the person actually defamed.

Once these three elements are proved, the action will succeed unless there is a defence.

There are a number of defences against defamation.

In the common-law provinces (all provinces except Québec), truth is an absolute defence. If the defamatory material can be shown to be substantially true, the defendant will not be held liable, even if the defendant published the material in order to harm the person defamed. In Québec, truth is only a defence if the material is in the public interest and there is no malice. Certain communications are protected by an absolute privilege. Thus, for example, statements made in legislative or judicial proceedings are protected by an absolute privilege, as are statements made between spouses. The rationale behind protecting statements made within the context of legislative or judicial proceedings is that people in such arenas should not be deterred from commenting freely, thereby contributing to a more complete and truthful exploration of a particular issue.

The defence of fair comment protects any opinion fairly made on a matter of public interest. This can involve political commentary, or the critical review of books, movies or even restaurants.

A new defence is that of “responsible communication on a matter of public interest.” This allows anyone who publishes something of public interest to be protected from a defamation action as long as they have been responsible in researching and reporting on the matter by, for example, giving the person defamed the opportunity to answer the allegations before they are published.

Communications made with the express or implied consent of a person are also protected from a claim of defamation by that person.

If someone is found liable of defamation, compensatory and punitive damages may be awarded. Punitive damages are awarded when the defamation is particularly outrageous or serious, and can be in the thousands or even hundreds of thousands of dollars. The court can also order that there be no further publications of the defamatory material.

See also Law and the Press.