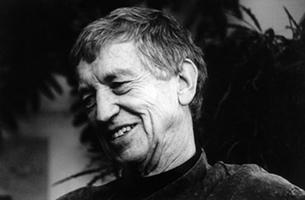 Donald L. Coles, "Don," poet, novelist (born in Woodstock, Ontario, on 12 April 1927; died on 29 November 2017). Don Coles studied history at the University of Toronto, where he completed a BA and MA, and literature at Cambridge University, where he earned a second MA. He lived in Europe for a decade before returning to Canada in 1965. Coles taught for 30 years at York University, where he was the director of the creative writing program, and he served for many years as the senior poetry editor at the Banff Centre for the Arts. Don Coles is a widely admired and award-winning poet whose work is marked by an elegant, flexible precision.

Don Coles's spare style manages, in the words of Robert Fulford, to "exude warmth, concern, compassion and sanity." His books of poetry include Sometimes All Over (1975), Anniversaries (1979), The Prinzhorn Collection (1982), Landslides (1986) and K. in Love (1987). He received the Governor General's Literary Award in 1993 for Forests of the Medieval World. His 2000 collection, Kurgan, won Ontario's Trillium Prize.

Don Coles has been widely published in anthologies and special collections and is known for his translations of poetry from Swedish. He was awarded the John Glassco Prize for his translation of Tomas Tranströmer's For the Living and The Dead (1996). Coles's novel, Doctor Bloom's Story, was published in 2004. A Dropped Glove in Regent Street (2007) is a representative collection of Don Coles's reviews and essays, both critical and personal.