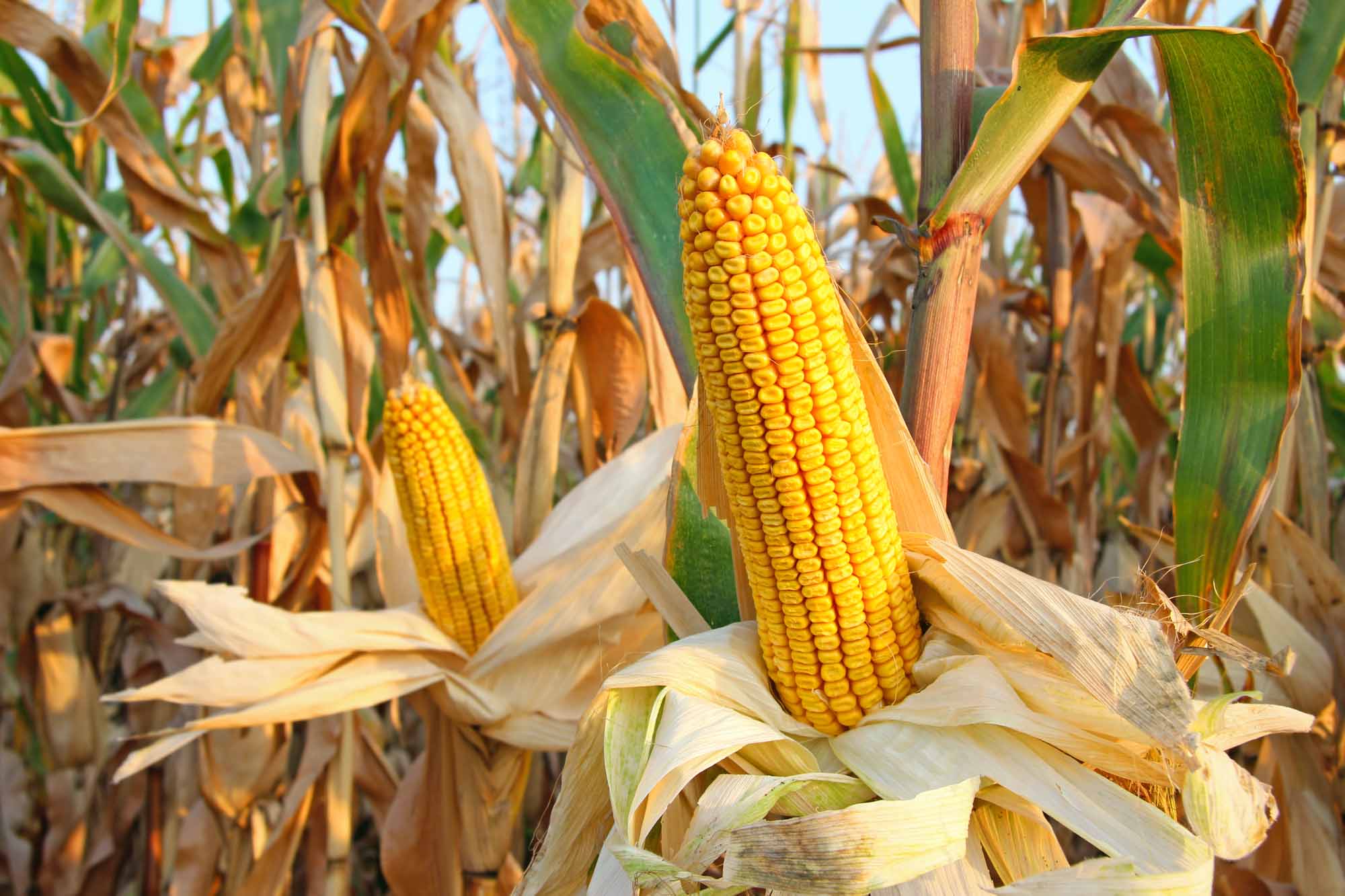 Ripe corn on the cob in a field ready for harvest. 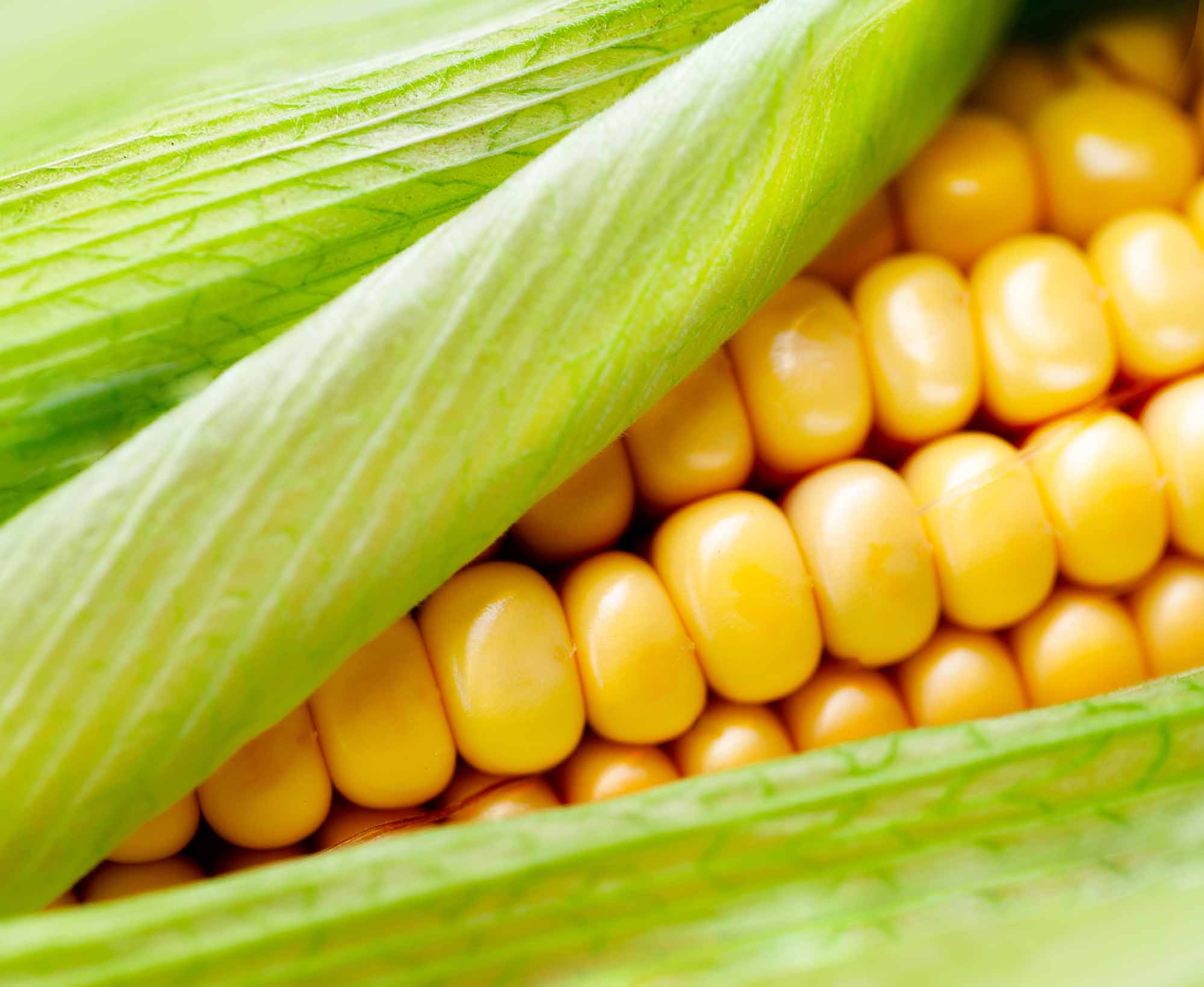 Field corn (Zea mays) is a spring-sown annual belonging to the grass family (Gramineae). Native to North America, Indian corn, or maize, has diverged so radically from its ancestral species that these forerunners cannot be identified with certainty. Maize is the tallest of the cereal crops (reaching over 4 m in height). The single, thick stalk is pithy and jointed; leaves are large. Each plant bears both male and female flowers: male flowers in a tassel at the top of the stalk, female flowers in a cluster (cob) enclosed in a leafy husk at the stalk joint. Corn silks, projecting beyond the husk, pick up pollen, which grows down the silk to reach the egg cell.

World grain-corn production is around 800 million MT; close to 40% is produced in the US, and less than 1.5% is grown in Canada. Field corn has become a major commercial crop in Canada during the last decades. Since the early 1980s, the Canadian production of grain corn has more than doubled, with more than 13 million t. produced annually. Ontario and Québec are the two leading producers, with Ontario accounting for around 65% of the production, and Québec for more than 25%.

"Corn breeding" was practised by Indigenous peoples and farmers before 1900. Scientific corn breeding, which depends on genetics and statistics, was initiated in universities and research stations across North America by 1920, but has come to be largely the responsibility of seed companies. A company may have 10-15 research stations from Texas to Ontario, employing a large number of scientists and technicians, making up to a few million controlled pollinations and testing untold millions of plants each year. Breeders attempt to build up genetic resistance to plant diseases and to breed for maximum yield.

Corn represents humanity's greatest plant breeding achievement: around the 1950s, yields averaged under 75 bushels/ha (2727 L); now, yields of 350 bushels/ha (12 726 L) are often attained. Similarly, in the past, 100% of the corn crop was used for food or feed. Today, although there are over 2500 supermarket products that contain corn and a good portion of the crop still goes into the food system, corn is also used as raw material for a vast array of industrial products, such as paper and insulation. Field corn is also used to produce ethanol (see Biomass energy).