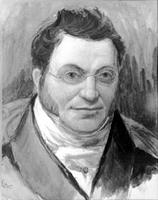 A forceful though enigmatic personality, MacNab had a deep influence on many aspects of pre-Confederation Canada, including its railways (courtesy Library and Archives Canada/C-3615).

Freemasonry is an international semisecret fraternal movement of regionally or nationally federated organizations with about 200 000 Canadian members. Although Freemason mythology traces the group's origins to the construction of King Solomon's Temple, historians identify its origins in English medieval stonemason guilds, which formed among the skilled craftsmen who built cathedrals, castles and other stone structures (the term "Masonic lodge" derives from the working quarters that masons built next to construction sites).

Changing economic and religious conditions after the Gothic period brought a decline in majestic building projects, and by the 17th century, lodges could stay alive only by supplementing the membership of working ("operative") masons with nonmasons ("accepted masons"). The latter probably felt attraction to the group because of its lore, intellectual traditions, secrecy and fellowship.

While British soldiers serving in what is now Canada sometimes were Masons, the first civilian Masonic lodge was the Annapolis Royal, NS, Lodge, which received warrant from The Moderns Lodge in Boston in June 1738. Other warrants followed for lodges in St John's (1746 and 1766), Halifax (1750 and 1751) and Québec (1764). Unverifiable but old claims place Masons in Québec as early as 1721, yet French Freemasonry has not contributed to Canadian Masonic activity. With the division of Québec into Upper and Lower Canada in 1791, only 4 Masonic lodges were operating in Upper Canada (Brockville, Cornwall and 2 at Niagara).

Membership increased along with the population, however, until the movement suffered a temporary setback in the aftermath of an 1826 scandal in upstate New York in which Masons were suspected of killing a vocal apostate named William Morgan. Local Masonic lodges formed at later dates in what became other provinces - BC (1859), Manitoba (1864 and 1870), Alberta (1882) and Saskatchewan (1883). Thirty Canada West and Québec lodges banded together in 1855 to form the Grand Lodge of Canada, and Ancient Masonic lodges established their own Grand Lodge 2 years later.

The 2 bodies united in 1858, except for a few lodges that maintained allegiance to the Grand Lodges of England, Ireland or Scotland. Québec established its own Grand Lodge in 1869, and other provincial Grand Lodges formed themselves as local situations demanded. In 1887, the Grand Lodge of Canada amended its name to acknowledge the provincial nature of Canadian Freemasonry, henceforth calling itself "The Grand Lodge of Ancient and Accepted Masons of Canada in the Province of Ontario." Headquartered in Hamilton, approximately half the country's Freemasons fall under its care.

An ideological child of the Enlightenment, Masonry incorporated Newtonian ideas about God as "the Great Architect of the Universe" into its rituals and symbology. Candidates for initiation must hold a basic belief in a supreme being, but not necessarily a Christian one. (The secret oaths, anticlericalism, non-Christian borrowings and competing religious and political overtones led to papal proscriptions in 1751, and more than a dozen further pronouncements have appeared since then.)

Members are initiated into the lowest of 3 levels, or degrees, of teaching (called Craft Masonry), but if they progress past the third level (and most do not) they can then enter into further degrees, either through a 6- (or, in Britain, a 7-) level system called the York Rite or a 30-level system called the Scottish Rite. Upward progress requires candidates to study about, and then participate in, rituals believed to propound moral precepts.

Antimasonic fear has surfaced occasionally in Canadian history, as it has in other countries. Upper Canada's Lieutenant-Governor John Graves SIMCOE feared sedition from Montréal Freemasons in 1794 because of their connections with fellow "craft" members in the then bellicose state of Vermont. Spurious connections between Freemasons and Jews appeared in Alberta Social Credit ideology during the Depression.