The term “gender roles” refers to the social roles and responsibilities that are expected of people based on their sex (or gender). It is important to remember that there is a difference between biological sex and gender. Biological sex refers to the sex (male, female or intersex) assigned to a child at birth. Gender refers to behaviours, attitudes and roles based on the perceived or actual gender identity of individuals. Some people think that gender is natural, essential, stable and unchanging. Others believe that gender is socially constructed and changes depending on time and place. Yet others argue that gender is shaped by an interaction of biological and social factors. (See Gender Identity.)

While the belief in a gender binary — the idea that there are only two genders (women and men) — is still common, there have been different gender identities, expressions and roles in different cultures and communities throughout history.

Gender can’t be understood as separate from other aspects of identity, such as race, class, sexual orientation and ability. (This approach is known as intersectionality.) All of these different aspects affect each other in various ways.

In the 1950s, rigid gender roles dominated Canadian society. (See History of Gender Roles.) Many people believed that women were naturally more nurturing and domestic and were supposed to only take care of their children, families and homes. Men were supposed to work outside of their homes to support their families financially. This system is sometimes called the “homemaker/breadwinner binary.” In reality, though, people’s lives were often more complicated than this. For instance, many men in the 1950s valued spending time with their children, enjoyed cooking (especially on the barbecue) and helped around the house. It is important to keep in mind that there is a difference between stereotypes and reality.

Things began to change in the early 1960s. More women, especially married women, entered the workforce. For example, many married women worked before they had children, stayed home when the children were young and then returned to work once their children were old enough to attend school. More people, especially young women, also started attending university.

These changes were linked to the women’s movement and the sexual revolution. The women’s liberation movement (1960–85) is also known as second-wave feminism. It began after American author and feminist Betty Friedan published her book The Feminine Mystique, which argued that restrictive gender norms were harmful to women’s physical and mental health. Many women’s rights activists argued for equal pay for equal work, access to universal daycare and a recognition of housework as labour. (See Women’s Movements in Canada: 1960–85.)

Around the same time, the sexual revolution challenged existing gender norms with an increasingly liberal and accepting view of sexuality and sexual activities. Many people accepted the idea that both men and women could have sex outside of marriage and that sexual pleasure was important for both. The knowledge and use of contraception were also more widespread. This revolution is also connected to an increased acceptance of divorce, abortion and the idea that young women could live independently prior to marriage.

These changes helped create more open ideas around gender roles for men and women. However, many of the issues that emerged in this time period continue to exist. This includes the continued influence of older ideas about the work performed by women and men.

Pay equity, or equal pay for equal work, is considered a fundamental human right in Canada. Many factors have contributed to the gender pay gap, including the fact that women are more likely than men to work part time. They are also more likely to experience work interruptions due to pregnancy and childcare and face gender bias or wage discrimination/differences when negotiating salaries. 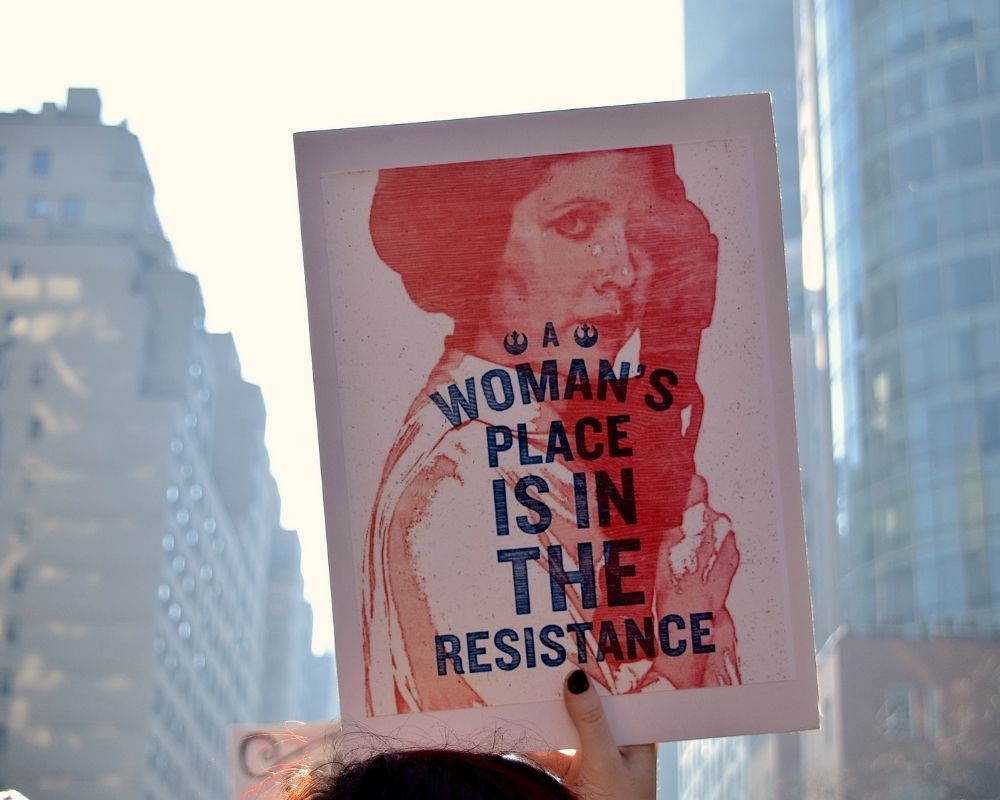 The number of women in the workplace has steadily increased since the 1960s. For instance, Canadian women represented 37.6 per cent of the workforce in 1976; by 2019, that number had increased to 47.4 per cent. In the same time period, the number of dual-earning families increased from 39.2 per cent to 58.8 per cent. However, women are still responsible for the majority of domestic work. A 2015 study found that when women and men work the same number of hours per day, women spend an average of 3.9 hours per day on unpaid work compared to 2.4 hours of unpaid work by men. The result has been what some experts have called a “double day” or “double shift,” where women complete their workday, only to go home and do another “shift” of domestic work. This disparity has been attributed to the persistence of ideas that women are primarily responsible for domestic work.

This imbalance is especially visible during the COVID-19 pandemic (2019–present). In many fields and industries, women have been forced to leave their positions or reduce their hours to take care of their children, especially during school closures. One study found that women spent 68 hours a week on average on childcare before the pandemic compared to 95 hours a week during the pandemic. Over time, this could have negative consequences for women’s careers and be damaging to their mental health. 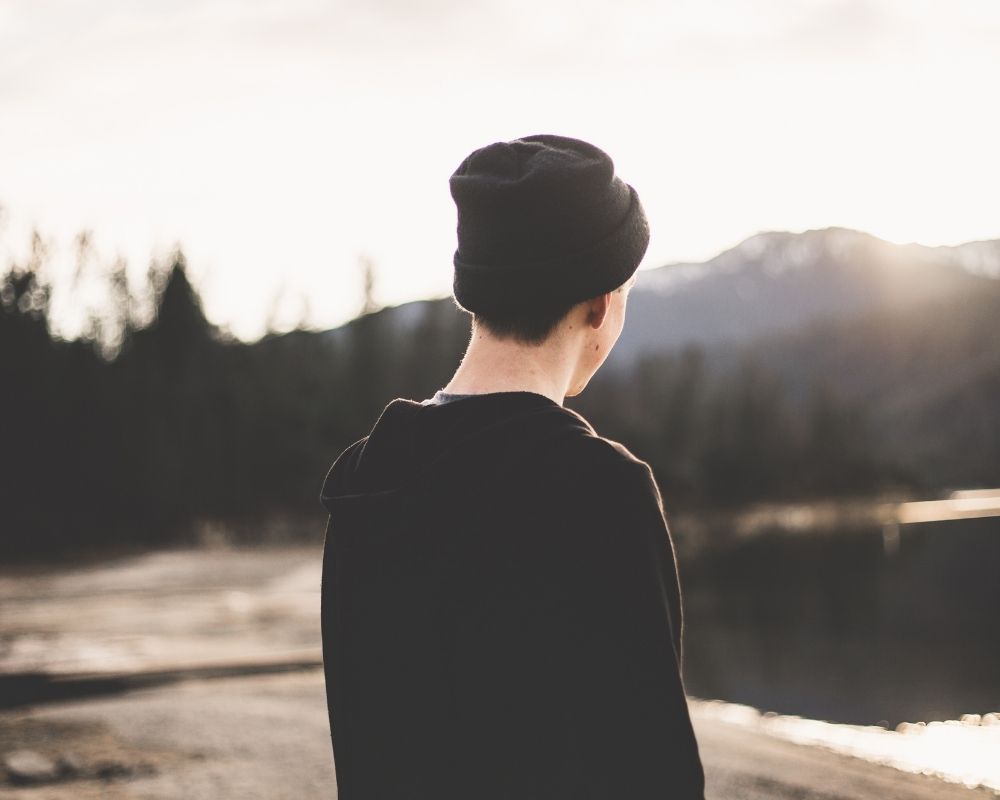 At the same time, the 21st century has seen increasing concerns about a “boy crisis” or “gender gap” in education. Statistically, girls generally outperform boys in elementary and secondary schools, particularly in reading and writing. Boys are also far more likely to be diagnosed with attention deficit hyperactivity disorder and medicated accordingly.

Various reasons have been suggested for these differences. Some argue that the achievement gap between boys and girls is due to cultural conditioning, particularly a culture of masculinity that downplays academic achievement. Others argue that the situation reflects inherent differences in the interests and aptitudes of boys and girls. Some suggest that the education system is geared towards learning and socialization styles more typical of girls. This includes an emphasis on collaboration, discussion and academic achievement rather than practical skills and few opportunities for boys to burn off excess energy. Others blame the lack of male role models in schools, where most teachers are women, and/or at home, due to high rates of divorce and single parenthood. While it seems that girls generally outperform boys at school, the reasons for this situation — and the best way to address this gap — are heavily debated.

The gender binary, or the idea that there are only two genders (women and men), remains strong. For instance, most toy stores continue to market certain toys to girls and others to boys. Gender-reveal parties, where the expected biological sex of the child is announced in a celebration, are increasingly popular.

Yet, there is growing support for the idea that there are many different genders, gender identities and gender expressions. In 2017, the federal government passed Bill C-16, which added “gender identity” and “gender expression” as protected classes under the Canadian Human Rights Act. The same bill also criminalized hate speech, hate incitement and hate crimes against individuals based on their gender identity and gender expression. Transgender people may also change their gender on their official documents at the federal and provincial or territorial level (in many cases) without having undergone gender-affirming surgery. As of 2019, Canadians have the option to select “X” as a gender option on all official federal identification documents, such as passports.

Yet, problems persist. One study by the Trans PULSE Project showed that 73 per cent of gender-diverse and Two-Spirit Indigenous persons have experienced some form of violence as a result of transphobia. Trans, gender-diverse, non-binary and Two-Spirit Indigenous persons also continue to face discrimination and structural barriers, making it difficult for many to access health care, housing and social assistance.

Before the arrival of Europeans, Indigenous cultures across North America had many different gender roles and systems. While each culture had their own understanding of gender roles, often the gender roles of women and men were seen as equal and complementary. Some Indigenous communities, like the Haudenosaunee, were governed together by chiefs and clan mothers, while others were matrilineal, tracing their descent and inheritance through mothers. Many of these communities also recognized gender fluidity and the idea that there are more than two genders. (See Two-Spirit.)

However, Europeans brought their own ideas of gender roles when they arrived in North America. This had devastating consequences when many of these ideas were written into law and imposed on Indigenous communities. We can see this in different colonial structures, like residential schools, and in laws like the Indian Act of 1876, which made it illegal for Indigenous women to formally participate in politics. Only Indigenous men were allowed to serve as chiefs or on band councils, meaning many Indigenous women lost their traditional roles in governing their communities. This remained the law until 1951.

Indigenous women’s roles were also affected by the Indian Act’s policies on Indian status, which specified that an Indigenous woman’s identity was based on that of her father or husband. Thus, if an Indigenous woman married a man who did not have status under the Indian Act, she lost her status as well. This not only prevented her and her descendants from receiving the protections and benefits offered by the Indian Act but also separated women from their families, communities and traditions by forbidding them from living on reserves. While the law was changed in 1985, significant damage had already been done.

Since the 1960s, gender roles in Canada have undergone a series of important changes. Social movement and demographic changes have resulted in a more flexible understanding of the roles expected of men and women. Despite this, traditional gender roles continue to be a powerful force in Canadian society. The persistence of these ideas can be seen in a range of contemporary gender issues, such as unpaid domestic work, work/pay equity, the rights of gender-diverse persons and the impact of the colonial system on Indigenous gender systems. 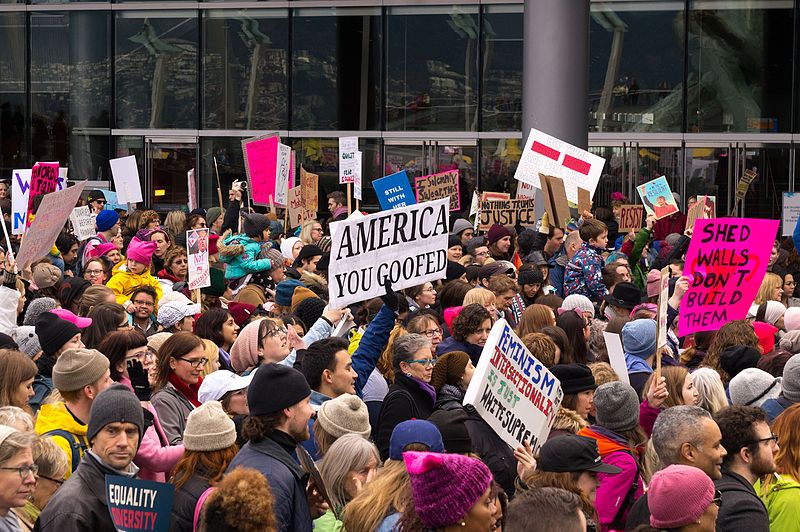